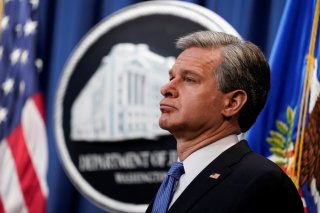 The recent tragic shooting at the Fourth of July parade in Highland Park, Illinois sparked a familiar partisan argument. Some on the political Left raced to depict the shooter as a violent Donald Trump supporter, while elements of the Right painted him as an unhinged liberal. Another increasingly familiar dynamic is that both sets of partisans could find some support for their arguments.

Indeed, in the aftermath of mass attacks, it is natural to ask why the act of shocking violence was carried out. Was the shooter driven to violence solely by his fetishization of mass casualty attacks? Was it mental illness? Or were there other ideological motivations? Such questions are not new, but the FBI has recently begun highlighting what it views as a growing trend: mass attackers who appear to be mobilized by multiple—and at times seemingly contradictory—beliefs, interests, and grievances that do not cleanly fit within what FBI director Christopher Wray has described as the “old-school world” of ideologically singular terrorism.

Our own research into domestic terrorists and mass attackers, spanning years of work, leads us to concur with Wray that there is a real trend at play. But it also compels us to conclude that this phenomenon, which the FBI dubs “salad bar” extremism, has been drastically under-conceptualized. It is difficult to counter that which you do not understand. Thus, it is of more than passing academic interest to point out the shortcomings of current descriptions of the phenomenon.

In what Wray called the “old-school world” of terrorism, most ideologically-motivated attacks could cleanly fit within a broad category. Examples of such categories might include anti-abortion, eco-terrorism, or political terrorism (e.g., far right, far left). The current paradigm, according to the FBI and leading scholars of terrorism, is less clear-cut but exceedingly important to understand.

In May 2022, Wray described this new paradigm in Senate testimony. He explained that attacks are increasingly perpetrated by “people with this kind of salad bar of ideologies that don’t fit into any category.” Wray’s testimony was the latest in a line of his various appearances before Congress. He has indeed testified multiple times about a phenomenon that he refers to as “salad bar” extremism. Wray has applied this loose-fitting term to domestic violent extremists who are seemingly motivated by a “weird hodgepodge blend of ideologies” and also to “threats [that] don’t fit into nice neat ideological buckets.”

Indeed, this term—or labels that are very similar—has often been bandied about, and not just by Wray. For well over half a decade, researchers have provided various explanations and terms to describe the broad paradigm that Wray has offered. A plethora of related terms have emerged, all of which possess subtle differences but that at least touch upon what Wray describes as salad bar extremism. Some of the terms researchers have employed include “ideological convergence,” “fused extremism,” “hybrid ideologies,” “mixed, unstable or unclear ideology,” “fringe fluidity,” “ideology a la carte,” and “choose your own adventure” extremism.

The lack of consensus about terminology is more than just semantics. For example, scholars appear to differ about how much deliberate choice individuals have in forging their belief system under the salad bar extremism model. Even the term salad bar extremism described a degree of intentionality on the extremist’s part: people at a salad bar deliberately choose the combination of vegetables, condiments, and dressings rather than consuming them haphazardly. Other language used in this area—including personalized ideologies, picking or choosing ideological elements, etc.—also suggests that the extremist makes conscious decisions about the ideas to assimilate.

A counterpoint can be found in the Senate testimony of Brian Levin, director of the Center for the Study of Hate & Extremism at CSU San Bernardino. Levin described this variety of domestic violent extremists as “co-influenced by a variety of factors ranging from conspiracy theories to misogyny” and “adhering to an idiosyncratic blend derived from broad elastic subcultures of grievance that in turn, identify appropriate targets of violence.” In this view, salad bar ideologies emerge non-linearly from an amalgamation of inputs and feedback loops facilitated by our current information environment, social media in particular. Under this view, salad bar extremism is also probably an inappropriate label, but that is an argument for another day.

Even two cases of those that Wray has highlighted in Congressional testimony demonstrate a lack of clarity about what salad bar extremism means. In the first case, Michael Teeter and Benjamin Solomon, self-described members of the anti-government Boogaloo movement, were arrested in 2020 and convicted for providing material support to Hamas, a U.S.-designated terrorist organization. On its face, the convergence of their Boogaloo beliefs with support for a pro-Palestinian terrorist organization appears to be a strong example of ideological syncretism. But Teeter and Solomon never expressed commitment to jihadist ideology or adopted pro-Palestinian beliefs. Instead, it seems that Teeter and Solomon’s scheme may have been primarily intended to generate funding (a possible perceived convergence of interests and grievances with Hamas).

A second case cited by Wray tells a more complex story. In his manifesto, the 2019 El Paso Walmart shooter, Patrick Crusius, expressed belief in white ethnic superiority and fears of white people being replaced through immigration. But he also voiced concern about environmental degradation and a desire for the implementation of universal basic income and universal healthcare. These latter sentiments do not fit the typical white supremacist profile, at least on a surface level. They arguably do fit within an eco-fascist belief system, which combines concerns about environmental degradation with elements of neo-Nazism in an outlook that views white populations as existentially threatened by non-white overpopulation. Crusius thus synthesized various beliefs, grievances, and goals that mutually reinforced one another to justify his attack, which primarily targeted the Hispanic community.

While these two cases exemplify domestic violent extremists motivated by a convergence of distinct or even contradictory beliefs, interests, and grievances, they are by no means equivalent cases. The fact that two primary examples cited by Wray apply the same label to such distinct phenomena, even in terms of the role of convergent ideas, underscores the need for conceptual clarity about salad bar extremism.

There are multiple signs of the lack of common understanding of this important emerging phenomenon. The signs include: the plethora of terms that have been employed to describe cases of domestic violent extremism that don’t fit into clear ideological buckets; apparent scholarly disagreement regarding how ideological mixing occurs at the individual level (e.g., whether or not there is intentionality); the lack of clarity about how cases like Teeter, Solomon, and Crusius should be typologized. Are they really outcroppings of a common phenomenon or is something distinct occurring in the two cases?

This lack of conceptual clarity does not negate the importance of the observation that Wray and others have made about the changing landscape of extremism. Indeed, the importance of the underlying phenomenon lends some urgency to our observations about the need for greater clarity. Given that developing better detection, prevention, and rehabilitation measures will require an informed and nuanced approach to this complex topic, the phenomenon warrants deeper research and more concrete thinking.

Daveed Gartenstein-Ross is the chief executive officer of the private firm Valens Global and leads a project on domestic extremism for the Foundation for Defense of Democracies (FDD).