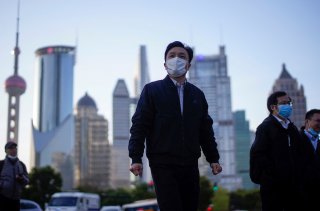 America is woefully unprepared. As the coronavirus begins to spread across the nation, test kits are scarce and their haphazard and inadequate use is giving the virus a running start. A Norwegian university urged its overseas students to return home—especially those in “a country with poorly developed health services and infrastructure . . . for example the U.S.A.” As America struggles to respond to the pandemic, China’s richest man showily donates a million masks and half a million test kits. America’s allies—from Japan and South Korea to Italy and Spain—also turn to China for help. Serbia’s president declared “the only country that can help us is China.”

How could this be when the Chinese government badly bungled the initial reaction to COVID-19? Contrary to rosy portrayals in its propaganda, officials covered up the outbreak in Wuhan for weeks. But after instituting draconian lockdowns and intensifying already-intrusive surveillance measures, China appears to have mostly contained the virus. It reported no new local infections on Thursday for the first time since the outbreak began.

China now looks to capitalize on its position to challenge America’s status as the default leader on issues of international concern. Its diplomats have been coordinating the fight against the virus through regional organizations like the Shanghai Cooperation Organization and the “17 + 1” group of central and eastern European countries.

An annual survey by my organization, the Eurasia Group Foundation (EGF), fielded in the weeks leading up to the pandemic, found broad support for America’s continued global leadership. Nearly 80 percent of respondents across nine diverse countries believed that, compared with China, having the United States “as the world’s leading power” would be better for their country.

But this preference is fueled more by pragmatism and self-interest than many in Washington might presume. Of a list of rationales for picking the United States over China, the two most frequent responses were, respectively, that the United States is a trustworthy economic partner, and that their country has a history of working closely with the United States. Less frequently selected reasons were related to democracy, freedom, and human rights. The least popular option was that the United States “sets a good example for national development for my country.”

World opinion could swiftly shift if the United States appears incompetent, and President Donald Trump’s response to COVID-19 continues to fail to inspire confidence in American leadership. The president initially downplayed the virus’s risks, called it a “hoax,” compared it to the seasonal flu, and resisted calls to declare a state of emergency when they would have undermined his earlier statements. His administration eliminated the nation’s pandemic response team, failed to scale up testing, and enacted an ineffective travel ban that has turned airports into fertile ground for the virus to spread.

This litany of bad decisions makes America look like a nation unable to protect its own people, much less meet complex global challenges. It’s little wonder, then, that a survey by a leading PR firm found Americans less confident in their country’s preparedness for the viral outbreak than Canadians, Germans, Brits, South Koreans, and even Italians. An informal Twitter poll by EGF’s board president, Ian Bremmer, pointedly asked, “who is doing the best job responding to the coronavirus crisis?” The roughly thirty-four thousand respondents chose China over the United States by a nearly 4-to-1 margin.

Chinese officials and state media claim a strong, centralized authoritarian government is better at reacting to crises than democracy, which must contend with individual freedoms, competing interests, and checks and balances on power. This is usually wrong. Officials in autocracies won’t acknowledge problems for fear of making the national leadership look bad, whereas in democracies, information flows freely and officials can act without fear of retribution.

With the world watching, America must restore confidence in its democratic model where, at least in theory, policy and public action are informed by rational debate and reasoned judgment rather than top-down peer pressure or bottom-up performances of loyalty. If America doesn’t meet this challenge, then it may discover next year that the world prefers that a different country serves as a global leader; it may discover that China is cutting into its lead. In the meantime, as people’s lives and livelihoods are at stake, Americans must hope that competent leaders will support and protect the country and democracy.

Mark Hannah (@ProfessorHannah) is a senior fellow at the Eurasia Group Foundation and the host of its “None Of The Above” podcast.