Will America Continue to Compete for Skilled Labor? 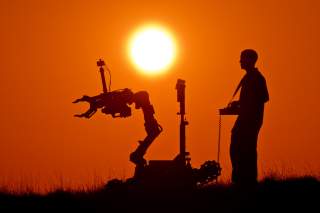 The U.S. job market is strong, and the technology and health care sectors, in particular, are booming. The latest data from the Bureau of Labor Statistics shows that employment in health care and in professional and business services have continued to drive employment gains as the unemployment rate hit its lowest level in fifty years. However, the U.S. government is making it harder for foreign talent to come to the United States, so these sectors may soon find themselves with labor shortages—and that has economic ramifications that we don’t want.

An increasingly restrictive and burdensome immigration system is resulting in talented workers looking for jobs in other countries. This is a worrisome trend, given the fact that foreign skilled workers increase both employment and wages among homegrown American workers. Evidence suggests that for every temporary foreign worker hired by a U.S. firm, 5 to 7.5 new domestic jobs are created in those industries and that a 1 percent increase in foreign STEM workers leads to a 7 to 8 percent increase in native workers’ wages.

The United States has historically been the go-to destination for high-skilled temporary migrants, but more and more, we find ourselves competing globally for this pool of high-skilled workers. Our latest research examines the differences in temporary skilled immigrant visas among some of the favored destinations for skilled talent and reviews the differences in application times, filing fees, denial rates and numbers of admitted workers.

The U.S. H-1B visa, which allows foreigner workers to seek temporary employment in specialty occupations, has the least efficient visa processing time, sometimes taking well over a year to process. Its equivalents take about three weeks in the United Kingdom and seven weeks in Australia. H-1B processing times escalated after a policy memorandum was issued in 2017 which treats every visa extension as an entirely new petition. These unnecessary evaluations have created a large backlog.

For visa filing fees, the H-1B visa is by a large margin the most expensive, costing up to $6,460 per applicant. This figure does not include the additional $2,000–$3,000 cost of hiring an attorney. By comparison, the United Kingdom and Canada both charge around $770 per applicant—almost nine times lower than the United States. A significant portion of H-1B filing expenses is rooted in regulatory compliance costs underpinned by largely unfounded protectionist labor market concerns. For example, one fee was doubled to impose additional compliance costs on companies that hire large numbers of skilled foreign workers, under the false premise that H-1B workers crowd out domestic employment.

For rates of visa denial over time, we could only get access to U.S. and UK data. Both countries had low rates of denial (2–7 percent) up until 2017, at which point U.S. denial rates skyrocketed to 26 percent by the first three months of 2019. The available data suggests that this is not the result of improved screening of applicants’ skills and education. In 2017, 99.85 percent of applicants had at least a bachelor’s degree, while almost two-thirds held an advanced degree.

Policymakers in the United States need to ensure that the country’s talent-based visa system continues to attract the best and brightest that the world has to offer so that innovation and economic growth do not falter. Examining what other nations do suggests ways in which the United States can do that and reclaim its place as the top destination for global talent.

Raising the existing H-1B cap from a total of 85,000 to a level closely matching market demand (around 200,000) would resolve the burden of excessive processing times and reduce the disincentives for applicants who worry about the lottery process. Policymakers should also consider taking a page out of the UK’s book by exempting healthcare workers from the H-1B cap, as the United States currently does for higher education employees.

On balance, educated, high-skilled immigrants don’t take jobs from other Americans—they fill in gaps or innovate in ways that stimulate America’s economy, leading to more employment opportunities. Returning to our roots as the world’s hotbed of opportunity is a win-win.

Daniel Griswold is a senior research fellow and Jack Salmon is a research assistant with the Mercatus Center at George Mason University.