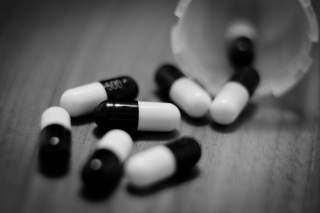 For all the talk about the Trans-Pacific Partnership being a high-standard agreement that will set the rules for trade in the 21st Century, the trickiest and most important negotiations have revolved around very traditional trade barriers. Protections for agricultural products, automobiles, and apparel are as politically intractable as they are harmful to the economies of the region. How negotiators are able to resolve these issues has significant bearing on the ultimate value of the TPP.

Unfortunately, the United States seems determined to complicate this important work with petty, unreasonable demands for pharmaceutical protections. What U.S. negotiators want is a mandated twelve years of “data exclusivity” for biologic drugs. The practical effect of the rule would be to give brand-name drug makers at least twelve years of monopoly privileges in every TPP country regardless of whether the drug is patented.

The U.S. pharmaceutical industry argues that guaranteed exclusivity is necessary to incentivize research in groundbreaking new drugs to fight cancer, diabetes, and ebola. Some of these treatments take a long time to develop and test, so that once the drug is finally on the market, much of the patent term has already elapsed.

Critics, on the other hand, note that no other country besides the United States offers twelve years of exclusivity, because it is way too long. Unlike traditional, small-molecule drugs that are cheap to reproduce, generic biologic drugs require significant amounts of research and testing of their own. There is also the problem of balance—patent policy includes numerous exceptions and limitations. Exclusivity bypasses the sophisticated balance of patent policy in favor of blunt protection.

A major force behind the demand for twelve years of exclusivity is U.S. Senator Orrin Hatch (R-UT). As chairman of the Senate Finance Committee, Hatch has a lot of power over the U.S. trade agenda, and he has consistently used that leverage to push for strong intellectual property provisions in trade agreements. He has repeatedly claimed that the TPP must include a twelve year exclusivity term and has kept up pressure on the administration throughout the negotiations.

But there’s simply no way that the TPP is actually going to include a twelve year exclusivity term. None of the other TPP countries wants a term that long, and many are refusing to accept anything more than five years. Even the Obama administration doesn’t really want the term to be twelve years. They have repeatedly advocated reducing the term to seven years under U.S. law.

The most frustrating thing about the U.S. stance on biologics is that the issue doesn’t belong in a trade agreement in the first place. Free trade is helpful for consumers because it reduces prices and increases variety. But stronger drug protections and other intellectual property rules do just the opposite.

Good intellectual property policy requires a balance. The interests of users need to be taken into account, and policymakers must avoid reforms that simply benefit existing rights holders without furthering innovation. Trade agreements are a bad mechanism for reaching that balance.

If countries want to harmonize pharmaceutical regulations or patent policy, they can do so through other, more-specialized international agreements. The issue is in the TPP only because the U.S. pharmaceutical industry has, through extensive lobbying efforts, become a commercial priority of the United States government.

Because the other TPP countries are unanimous in their opposition to the U.S. proposal on biologics, the Obama administration is expending considerable negotiating capital on the issue.  Rather than pushing hard to secure an arcane regulatory tweak that will help one part of one U.S. industry, American negotiators should spend their energy convincing Canada to reform its regressive supply management program for dairy or otherwise working to open up foreign markets. That’s real free trade, and it’s what agreements like the TPP are for.