Will Attorneys Now Raise the "Hillary Defense" on Classified Information? 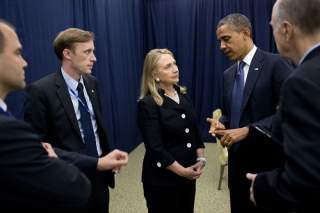 “Deliberate or negligent failure to comply with rules and regulations for protecting classified or other sensitive information raises doubt about an individual's trustworthiness, judgment, reliability, or willingness and ability to safeguard such information, and is a serious security concern.” — Guideline K: Handling Protected Information. National Adjudicative Guidelines for Security Clearances.

When Hillary Clinton decided to perform the public’s business on a private email server, hide that fact for years and then subsequently delete thirty thousand purportedly personal emails, she probably never anticipated that a consequence of those actions would be to place the obscure world of security clearance law squarely into the national spotlight.

It is a field that was perhaps otherwise destined to remain in the shadows. After all, the denial or revocation of a security clearance usually portends a rather embarrassing issue for the accused. Examples I see with regularity include infidelity, addiction, bizarre fetishes and—yes—reckless disregard for the rules and regulations designed to protect classified information from falling into the wrong hands. Questions about judgment, character and blackmail potential naturally arise as a result.

As it turns out, a great many generally good people have baggage that makes them a national security risk if given access to classified information. But only one of those people is running for President. The others have long since been unceremoniously escorted from their offices in various federal departments and agencies; many, including those who have spilled blood for our country, are now performing manual labor or working hourly jobs to make ends meet. Some, like Gen. David Petraeus, face the wrath of federal prosecutors.

The presidency, should Mrs. Clinton attain it, would catapult her back into a position requiring regular review of highly classified information. Unlike when she was Secretary of State, however, this time she would not require a security clearance to access it. As a constitutional officer, Mrs. Clinton’s “security clearance” would be the will of the voters who sent her to the White House; any alternative would create an unconstitutional check on the popular vote.

As president, Mrs. Clinton would not only be granted carte blanche access to the nation’s most closely guarded secrets, she would also be the final arbiter of who else is granted access. The United States Supreme Court, in a little-known 1988 case called Department of the Navy v. Egan, made sure of that, noting that a security clearance is a privilege exclusively within the purview of the commander-in-chief to grant.

This creates an interesting predicament for a President Clinton. Does she—vis-à-vis her political appointees at various agencies—simply order that security clearances be granted to her top aides who would otherwise be denied them under any objective interpretation of applicable guidelines? Or, does she leave behind her most trusted advisors to wallow in a bureaucratic security quagmire for engaging in the same conduct she brushed aside as irrelevant in her quest for the White House?

These are not hypotheticals. A very real question remains as to whether Mrs. Clinton’s closest advisors, including Huma Abedin, Jake Sullivan and Cheryl Mills, all key players in her email scandal, would be eligible for the security clearances necessary to perform their inevitable top roles in a Clinton administration. More broadly, should their disregard for security rules objectively disqualify them from those roles, to say nothing of Mrs. Clinton?

The voters will ultimately have their say on the latter in just a few weeks. Yet regardless of whether the American public chooses to look the other way, Mrs. Clinton has likely lost the respect of a national security community that thrives on adherence to strict security rules. Numerous private conversations with senior career officials make that much clear, so valid questions arise as to whether a Clinton administration could effectively govern in the face of deep mistrust from the bureaucracy. One high level security official told me that the Clinton email scandal has been a soul-searching moment after decades spent “flushing” people who made significantly lesser errors in judgment.

A move to grant Mrs. Clinton’s top aides security clearances would, indeed, cast serious doubt on the legitimacy of applicable regulations in other cases. It allows defense attorneys to raise what has come to be known as “the Hillary Defense”—i.e. that mere reckless negligence in protecting classified information is not a disqualifier for the public trust—on behalf of their own clients facing less serious charges. Such a defense is not even remotely supportable under the plain language of the law. But as Mrs. Clinton has shown us, the law is all about interpretation and precedent, both of which she has managed to contort in ways that no one in my field previously imagined. As an advocate for my clients, I would arguably be committing malpractice if I didn’t raise the issue of disparate application of law in their cases.

The National Adjudicative Guidelines for Security Clearances were designed to leave little room for ambiguity, such that “any doubt” about a security clearance applicant is resolved in favor of national security. For example, “conditions that could raise a security concern and may be disqualifying include:

(a) collecting or storing classified or other protected information in any unauthorized location;

(b) loading, drafting, editing, modifying, storing, transmitting, or otherwise handling classified . . . information on any unapproved equipment including but not limited to any . . . computer . . . or pocket device;

(c) copying classified or other protected information in a manner designed to conceal or remove classification or other document control markings;

(d) any failure to comply with rules for the protection of classified or other sensitive information;

(e) failure to comply with rules or regulations that results in damage to the National Security, regardless of whether it was deliberate or negligent.”

True, there are mitigating conditions available as a defense, but the few mitigating conditions available in cases like Mrs. Clinton’s aides would face—namely that the individual was inadequately trained on security rules or that the violation in question occurred under such unusual circumstances as to not raise doubt about the individual’s judgment—don’t comport with the facts. Arguing ignorance or compelling need is difficult when you go out of your way to skirt the law.

It is almost as though the Adjudicative Guidelines were written with Mrs. Clinton and her advisors in mind. And yet, as improbable as that may be, the incredible irony is that it was President Bill Clinton who, in a 1995 executive order, issued them.

The Clinton campaign seems to have glossed over that quaint detail.

With the election now less than thirty days away, it is important that those outside the national security community understand the weighty responsibility a security clearance entails and why these very real questions of precedent will present legal challenges should Mrs. Clinton be elected.

On October 20, 2016 I will be privileged to participate in a panel discussion on the topic with former U.S. Attorney General Michael Mukasey and former U.S. Attorney for the Southern District of New York, Andrew McCarthy. Sponsored by the James Wilson Institute on Natural Rights and the American Founding in Washington, DC, the evening promises to offer a thoughtful dialogue focused squarely on emerging issues in national security law. The public is invited to attend this free program with a reservation.

Sean M. Bigley is a partner at Bigley Ranish, LLP, a nationwide law firm exclusively practicing federal security clearance defense. The views expressed are his own.