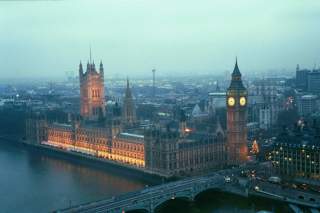 Former U.S. Secretary of the Treasury John Connally once told a group of European finance ministers that “the dollar is our currency, but your problem.” One June 23, the British people paraphrased Connolly almost too perfectly in their decision to leave the EU: “Exiting the European Union is our decision, but your (and our) problem.” On June 24, the world market reacted to the British public’s Brexit decision with a massive sell-off, with one estimate putting the total loss of financial asset of the black Friday amounted to more than $2 trillion, making it the worst day in world history. While the short-run and long-run impact of the Brexit referendum cannot be precisely estimated, it is certainly going to be far-reaching. One thing is for sure: the Brexit referendum result won’t in any way help an already shaky world economy regain its footing.

In contrast, the Brexit referendum was an entirely different matter because Britain is a key pillar of the European project—however halfheartedly it might have been—and Britain is the second largest economy within the European Union, with its GDP occupying about 18 percent of the EU total. No wonder the magnitude of the Brexit shock had been on a different scale than that of Greek referendum on bailout package.

In the old days of only very limited globalization, decisions within a country, even a country as important as the pre-1919 Britain or pre-1945 United States, wouldn’t affect regional and global affairs that much. In today’s globalized world, however, referenda on important issues can potentially have extensive and profound impact regionally and globally, even if globalization is to be slowed down or even reversed by populist revolt like Brexit.

In light of this, perhaps we should ask ourselves a new and fundamental question: should the international community have a vote on whether a country can hold a referendum on issue with extensive and profound impact on regional and global affairs in the first place, even though we must uphold the basic political and civil rights of the people within democratic countries such as choosing their leaders and voicing their opposition to government decisions?

To begin with, many referenda have been called due to a lack of leadership. More of often than not, leaders call for referenda when facing infighting within their ruling coalition or rebellion from their constituents and yet being unable to forging new ruling coalition or simply lacking the political will to lead the people. Both the Greek referendum and the Brexit referendum have been called under such circumstances.

Moreover, in any political campaign, people vote with both passion and calculation, and more often than not, more with the former. With information manipulation and outright political lies as propagated during the campaign leading to the Brexit referendum, the public cannot possibly obtain and process all the necessary information with their limited attention. As a result, the decision reached by referendum may not withstand reckoning after things cool down. The ecstasy of Greeks after their initial rejection of the bailout package stood in stark contrast against their humiliating acceptance of a worse bailout package just as the wild celebration of Brexit Britons after their victory against their regretting and backpedaling the morning after.

Therefore, the international community should consider subjecting those referendum proposals with potentially far-reaching regional and global impact to a vote in the U.N. General Assembly to decide that whether the people in one country can have the right to vote on issues that are to affect the people of many other countries in the first place. In an era of ever tightening interdependence, this may be a necessary step toward global democratic governance. The enshrining of such a procedure may also help slow down the powerful force of parochial nationalism and protectionism. The world has benefited enormously from the post–WWII open trade system, and the world needs to stick with it even though globalization does create winners and losers. The right way forward is to better address the distribution of globalization’s benefits rather than reverse globalization.

Image: The Houses of Parliament from the London Eye. Flickr/Chris Yunker