Will China be a Factor in the Upcoming NAFTA Negotiations? 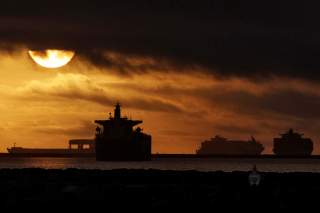 The first round of NAFTA renegotiations is set to take place in Washington, DC August 16–20 and one of the primary U.S. objectives is reducing its $63 billion trade deficit with Mexico. Mexico is in a position to drive a harder bargain than many would think, however. Unlike thirty years ago, Mexico today can leverage China’s growing foreign direct investment interest in the region. China, by increasing and diversifying its Latin American investments beyond resource extraction, is incentivizing Mexico and other Latin American countries to rethink their traditional trading relationships.

Courting China as a strong trading partner could give Mexico another large market for a host of exports, diminishing to some degree the importance of the U.S. market. NAFTA helped increase Mexican exports to the United States sevenfold, and foreign direct investment jumped to four times pre-NAFTA levels. For several reasons, China will never replace the U.S. market, but it will provide to Mexico greater export diversity and significant trading growth opportunities.

Brazil and Venezuela may be the most prominent Latin American countries in the news when it comes to recent trade deals with China, but according to the Atlantic Council, from 2014–16 Mexico signed more than forty deals with China valued at over $4 billion. This may seem negligible compared to the 180 deals worth $61 billion Brazil signed with China from 2003–16, but prior to 2014 Mexico signed no more than five deals in any one year with China. China is increasingly interested in Mexico, particularly in the automotive and energy industries.

The automotive industry has for some time been a primary focus for Chinese investment in Latin America. Mexico is a strong manufacturing country, well integrated in the production supply chain with competitive wages for factory workers. Chinese State Owned Enterprises currently own three automotive companies in Mexico. But given the uncertainty over NAFTA renegotiations and potential tariffs on automobiles going into the United States, these companies are not targeting the American market. Instead, they are filling growing demand for cars in Mexico and the rest of Latin America. “Right now, (Mexico is) making one in five vehicles for non-NAFTA export, and we see that rising in just three or four years to one in three,” said Kristin Dziczek, an analyst with the Center for Automotive Research in Ann Arbor, Michigan. Mexico has seen policies for attracting FDI (through ProMexico fund, PRODIAT and other programs) to the automotive sector pay off. Beyond the U.S. market and big Latin American markets, like Brazil, Mexico’s biggest export markets for cars are China and India.

Regarding energy, China is interested in both the traditional extractive and emerging alternative energy sectors. For example, one of China’s state-owned oil firms, China National Offshore Oil Corporation, won two of ten deep-water blocks auctioned by the Mexican government in December 2016, each worth an estimated several billion dollars. Recently, however, China committed to investing more aggressively in alternative energy as a way to diversify its ever-expanding electricity sector. Mexico is emphasizing solar and wind projects, and Latin America more broadly is becoming a significant solar energy player on the world stage, accounting for 10 percent of the global industry. And Mexico is now home to the lowest priced solar energy in Latin America.

While the prospect of a bigger trading relationship with China will help Mexico in the upcoming NAFTA negotiations, it will not give Mexico unlimited flexibility. Chinese president Xi Jinping has pledged to increase trade with Latin America by $500 billion and increase foreign investment by $250 billion by 2025, yet China is still only Mexico’s third largest trading partner with not even 2 percent of total exports. About 74 percent of Mexican exports still go to the United States. And although China-Mexico trade ties have grown significantly—up to $43 billion last year—this is much smaller than the $580 billion in trade between the United States and Mexico. Additionally, as of 2016, China was not one of Mexico’s top eight FDI countries, and accounted for less than 3 percent of the total.

In the recently released document by the U.S. Trade Representative (USTR), the Trump administration’s NAFTA renegotiation goals are not as lofty as the 2016 campaign rhetoric would suggest. Beyond reducing the trade deficit with Mexico, the U.S. wants to eliminate NAFTA’s Chapter 19, which installs a separate arbitration process for resolving disputes over anti-dumping and countervailing duties. However, much of the U.S. negotiating position borrows heavily from the Trans-Pacific Partnership (TPP) agreement. Given that Mexico and Canada have already agreed to the TPP, most of the goals should be achievable by their governments.

There will still be some tension points in the upcoming negotiations, for sure. But Mexico has a growing, diversifying economy, and has clearly arrived as an international trading partner. The United States will probably always be its number one trade partner, but Mexico’s engagement with China and other large markets (TPP 11, a free trade agreement with the EU, the Pacific Alliance) give it more flexibility and more leverage in dealing with the United States in renewed trade negotiations. If they don’t know this already, U.S. negotiators are about to find out.

Bill Bray served as a naval intelligence officer for twenty-eight years before retiring in 2016. Currently, he is a managing director in Ankura Consulting Group’s geopolitical risk practice. He concurrently serves as Research Director and head of Asia analysis.

Miyako Yerick is lead Latin America analyst and a senior associate in Ankura Consulting Group’s geopolitical risk practice. She is a 2012 graduate of Columbia University and a 2014 graduate of the University of Texas’s LBJ School for Public Affairs.