Will Coronavirus Stop You From Getting Your Medication? An Expert Answers Your Questions 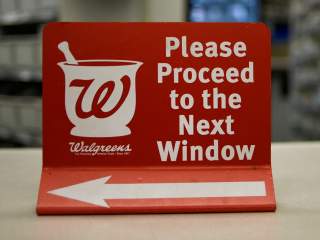 Heilbrunn: Is the American drug supply in jeopardy because of our reliance on supplies from China and the fall out from the coronavirus?

The coronavirus outbreak presents a problem for the regulation of drugs, because the FDA does not have the ability to inspect in China and if the outbreak spreads in a significant way to India, that will be a problem as well. The FDA has suspended all foreign inspections, so it is not inspecting in China and in India. But you have a slowdown in domestic production in China. In India, if coronavirus spreads, you will have a slowdown there as well. And if you put China and India together in a pool of reduced production of drugs that is eventually going to have an effect on the drug supply in the United States.

And the second issue is the FDA’s general capacity to oversee the global supply chain of drugs, whether there was ever an outbreak or not. Those two issues are separate, though people think of them now as being together.

Heilbrunn: So if you’re a consumer of a medical drug in the United States, how concerned should you be about a disruption in your ability to procure the medicine that you need?

Sklamberg: Well, you should not be concerned about the safety of any drug that you currently have or are going to get because there is a lot of inventory in the United States. There are a lot of systems that protect the safety and efficacy and quality of drugs, and I have no fears about the safety and efficacy of the U.S. drug supply. The issue you raised, though, is one of shortages in the future. As this pandemic goes on, I think that becomes a more significant worry.

And another factor here is Europe. The U.S. drug supply comes from basically just a few sources: there’s domestic production in America, then there is Western Europe, China, India, a little bit Japan, a little bit in Australia, Israel, and some of the places, but that’s basically it. And in Europe itself, the countries where drug production is concentrated are the United Kingdom, Spain, Germany, France, Belgium, Netherlands, Italy, Switzerland, Ireland, and maybe there’s one or two more. Basically it is that core in Western Europe. Maybe you are going to have shutdowns of manufacturing in Europe at the same time you have shutdowns in China, and then you may have shutdowns in India coming. If you put all that together—that is a very large percentage of the drugs supply in the United States—and I think shortages then become inevitable.

Heilbrunn: And that would exacerbate the toll exacted by the coronavirus itself.

Sklamberg: Yes. Obviously there are many different types of drugs. There are people who take drugs regularly for chronic conditions and rely on them as essential to their lives and their health. There are drugs for acute conditions, drugs for the emergency room. There is a lot of redundancy built into the system, so I don’t want to alarm people too much. A lot of drugs have not just one generic alternative, but many. And those generic drugs come from different places. So, what the FDA’s going to be doing over the next few months—and is probably doing now—is trying to track where it thinks the shortage is going to arise and then trying to correlate that with where production is still going on. But if the pandemic intensifies, that gets harder and harder.

Heilbrunn: So some, like Peter Navarro in the White House, have talked about repatriating the production of some of these drugs. How realistic is that?

Sklamberg: In the short term, it would be very difficult. I think to understand that, you have to understand why we have the global supply chain that we have. Up until the mid-90s there was a provision in the Internal Revenue Code, Section 936, which provided a tax break for manufacturing in Puerto Rico. That was repealed in the mid 90s, on the theory that it was corporate welfare. Under that tax provision, a large pharmaceutical manufacturing industry grew in Puerto Rico, but when that was repealed, that withered away by and large.

There’s still some drug manufacturing in Puerto Rico, but a lot of it is gone. And then those manufacturers went to Asia, because a lot of drug manufacturing is labor-intensive. The wage differential is huge between Asia and the United States, and for generic drugs in particular, there often aren’t great profit margins. So the wage costs are a significant part of the cost of producing the drugs, so you can’t undo all that activity that happened over years.

So if you wanted to bring drug production back to the United States, you’d have to deal with economic factors that made them leave in the first place. Then, in order to switch production for a drug, the FDA has to inspect the new facility that will make the drugs, because as part of its oversight process for pharmaceuticals, it looks and sees whether facilities that manufacture drugs or their components are up to FDA standards. So there would have to be a process of the FDA evaluating facilities and you’d have to have new facilities built.

One way out of this, that FDA has has thought about in recent years, are new manufacturing technologies. For example, there’s something called ‘continuous manufacturing,’ which is of less labor-intensive and is probably something that can be done comparatively domestically in an efficient way. But I think that to have a large-scale shift back to the United States, is something that will take a lot of time and a lot of effort.

Heilbrunn: It would be much more expensive, right?

Sklamberg: It would take a rethink of economic incentives, because ultimately the reason they left was because it was a cheaper way to make the drugs. So if you are going to make drugs in a more expensive way, you’re going to have to make up for that somehow. Either with higher prices, or with new tax breaks, new tax credits, or new manufacturing techniques, or new efficiencies. The other thing—that you can see from the coronavirus in Europe—is that when we talk about our global supply chain, most of the time people don’t have a fear about drug production in Europe. Europe has some of the world’s major pharmaceutical companies and European regulators closely cooperate with FDA. But as you can see, that can have these issues can happen anywhere.

Heilbrunn: People keep talking about Canada. What would we be able to import from Canada?

Sklamberg: We do import a fair amount of drugs from Canada—generic drugs right now. But Canada, of course, has similar labor costs and other costs that we do—perhaps higher in fact. I don’t know if there are tax incentives in Canada, but if you’re going to be moving drug production from China and India, I don’t think Canada itself is large enough to be a solution.

Heilbrunn: So are we potentially headed for a disaster here on the drug front?

Sklamberg: No, no I wouldn’t say that. I would say that the longer the coronavirus pandemic goes on, the greater the risk of shortages. Yes, if you’re experiencing a shortage and it’s the drug you rely on, it’s a big problem for you. It is hard to predict how widespread that would be and where the shortages would arise. Some drugs are considered by the FDA as more essential than others. So if the drug is the only treatment for a particular condition...

Sklamberg: Yeah, the FDA evaluates all kinds of alternative treatments for all kinds of alternative conditions. Again, some of the drugs that people take to treat things like cholesterol and high blood pressure, have a lot of generic versions. In that situation, you’re less likely to have a shortage than if you have basically just one or two sources.

Heilbrunn: So, if you were going to advise President Trump tomorrow morning in the Oval Office, what would be your recommendation to avoid a crisis on the drug front?

Sklamberg: I think the FDA has to be well resourced to evaluate the potential shortages.

Heilbrunn: What does that actually mean?

Sklamberg: Well, they have a challenge right now of monitoring potential shortages, then trying to deal with them. So how do you deal with the shortages? They can try and approve drug applications more quickly, and they can try to allow drugs from other sources. There are not a lot of items in their toolbox that are going to be immediately helpful. So, I don’t even have an immediate answer for the president.