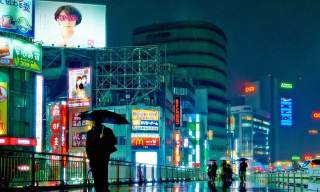 WHEN DONALD Trump assumes office in January 2017, he will confront both a troubled world economy and a domestic economy incapable of achieving historic levels of GDP growth on a sustainable basis.

Trump campaigned successfully on the theme that America needs better trade deals and protections from currency manipulation. But trade represents only 13 percent of U.S. GDP. What Trump plans for the other 87 percent of the U.S. economy could make all the difference.

Team Trump and congressional Republicans are trotting out all sorts of stimulus proposals. But America’s ultimate economic problem is one of attitude. People have lost confidence in the future. They are holding back. Thus, the economy has been growing at subpar rates. And people are not just consumers; they are entrepreneurs, small business operators and dreamers of innovation.

In its essence, Donald Trump’s ultimate challenge is to launch a bipartisan campaign that creates a paradigm shift that moves American expectations more to the positive. He needs to convince America’s dreamers and discoverers to believe in the future again.

True, policy change will help. America needs to invest in smart infrastructure, reform the Dodd-Frank bank regulatory framework, reform the corporate and individual tax systems, and fixate on reviving the small business sector. The goal is to remove barriers that are preventing the economy from achieving historic rates of economic growth. But for Trump to ultimately succeed, he needs to fixate on why business start-ups are happening at half their rate of fifteen years ago, and why today’s “new normal” of mediocre economic growth is unacceptable if not dangerous.

These are challenging times for the global economic and financial systems. Robust growth is America’s only protection from a global environment of serious risk. Since the 2008 financial crisis, for instance, global GDP and trade growth rates have been cut in half. Commodity prices have become unstable. Emerging markets led by China are bogged down with massive amounts of excess supply capacity. They have blindly produced regardless of demand for their products and spread dangerous disinflationary pressure worldwide.

Meanwhile, some of the world’s largest central banks have been forced to resort to negative interest rates—when banks ask you to pay them to hold your money. In the 1930s, average folk just stuffed their cash in mattresses. Negative rates have had the unintended consequence of leaving large parts of the global banking system highly vulnerable.

The world’s total public and private debt is approaching a mind-boggling 300 percent of GDP. Yet throughout the world, the return on capital is often so low there are serious questions about how long borrowers will be able to service that debt, particularly when it is denominated in U.S. dollars. Indeed, if the dollar strengthens during the big-spending Trump era, the value of that dollar-denominated debt will go up for many emerging market economies. So will the cost of commodities, including energy. The risk is a series of defaults, or disguised defaults, wreaking havoc on the world’s financial system.

Worldwide, there is a dangerous shortage of dollars and potential for a liquidity crisis. In the field of energy alone, for example, with the drop in the price of oil from the $100- to the $50-per-barrel level, the amount of dollars flowing through the U.S. banking system to the rest of the world has been halved. What that means is that aggressive tightening by the Federal Reserve is not without serious global financial risk. Because so many nations manipulate their currencies relative to the dollar by adjusting their interest rates—through the buying and selling of bonds—relative to U.S. interest rates, the Federal Reserve has essentially become the world’s central bank.

And if these potential difficulties were not troubling enough, in the industrialized world, technological change, including the rise of artificial intelligence, is now coming at people overwhelmingly fast. Many have become terrified of the future.

Some experts worry about the potential for a second financial crisis or a bout of hyperinflation. Nothing is out of the question. But the greater danger may be that large parts of the world simply become more like Japan—economically passive with massive debt, subpar growth despite record low interest rates, zombie banks that are reluctant to lend, an aging population with underfunded pension systems and millennials by the tens of millions still living at home. Economists call this trend the “new normal” of global economic mediocrity.

THE QUESTION for President-elect Trump is whether the U.S. economy can avoid this malaise. Can America, with its innovative engines firing on all cylinders, decouple from this scenario of global economic, financial and political vulnerability? Can a Trump administration help America sidestep the quicksand?

The question for Trump will come down to whether his policymakers can develop a strategy to raise U.S. GDP growth rates from today’s “new normal” of 2 percent to well above 3 percent, the average growth rate, historically. The difference sounds minor. But moving from 2 percent plus growth to 3 percent plus growth would not be a 50 percent hike but more like a 500 percent jump in economic dynamism. It would allow Trump to galvanize not only the American, but perhaps even the world economy.

Trump should seize the opportunity to restore growth and prosperity. The blunt truth is that the American people had a message for both Donald Trump and Hillary Clinton during the 2016 presidential contest: Stop the partisan bickering. Fix the economy to allow for higher rates of economic growth. Try different things. Cut bipartisan deals. Be bold. Unite the country behind a plan.

Trump’s approach should be as sweeping as it is obvious. He should recognize that capitalism comes in different varieties, and a return to a more equitable society of higher growth hardly means embracing European-style socialism. The key to a better economy is not to reject capitalism; it is to rediscover the Main Street roots of capitalism—and to jettison today’s desultory corporate capitalist mind-set.

Corporate capitalism is a recipe for economic gloom. Today’s corporate capitalism of top-down mismanagement and backroom deal making has smothered the American people’s innovative spirit. Even central-bank policy now favors the big, the corporate and the status quo at the expense of the small, the young, the new, the inventive and the entrepreneurial. It favors Wall Street over Main Street. Under today’s stifling corporate capitalism, Washington policymakers have an almost slavish devotion to large institutions, both public and private. They have also allowed a poisonous hyperpartisanship to make effective policymaking impossible. They have squandered the chance for an effective immigration policy that confronts the demographic challenge. They have imagined away America’s coming entitlement nightmare. As a result, average folk, apprehensive of the future, can feel in their bones that the American Dream is slipping away.

Main Street capitalism offers the opposite approach. When Main Street capitalism is working, it produces an explosion of success and failure, of reinvention, dynamism, and growth, all happening on a level playing field where the winners and losers are difficult to predict. Main Street capitalism creates a culture of start-ups. The dreamers continually come up with new, creative, commercially viable ideas that, in some cases, are transformative for the economy. This climate of dynamic reinvention and equal opportunity to achieve moves the economy to new heights. It empowers people at all levels of the income ladder.

In recent decades, the Main Street capitalist model has receded. As a result, the U.S. economy is suffering from a disease that has led to almost terminal morbidity—mediocre growth and a growing inequality. Productivity growth rates (doing more with less) have been abysmal. Innovators are starting firms at half the rate they did fifteen years ago. Existing firms are not investing in new opportunities at the same rate as in the past. Young firms are finding it much tougher to go public—and 80 percent of new job opportunities come when firms five years old or less go public. Today’s innovation itself appears to be less than transformational to the lives of average working families.

Meanwhile, America’s large corporations—the ones that haven’t moved offshore—have used the Federal Reserve’s low interest rates not to invest in America’s economic future but to buy back their own stock, creating an unprecedented mountain of corporate debt for this point in the business cycle. Even today’s leaders in high technology, Google and Facebook, now spend more on patent lawyers and lobbyists to stifle competition than they do on research and development. Is it any wonder that GDP growth rates have been subpar and inequality has expanded?

Main Street capitalism requires a change in mind-set. It entails a dynamic climate of economic mobility. In this climate, every man or woman is a potential founder of a business start-up. (Today, women are now starting firms at twice the rate of men. They are among the economy’s new secret weapons.) With Main Street capitalism, people again are not just consumers; they are also investors, business operators and, in some cases, dreamers of breathtaking innovation. For the majority of Americans who don’t start new firms, Main Street capitalism offers a new grassroots climate of more dynamic growth and more lucrative job opportunities. Trump should emphasize that the key to not only higher economic growth but greater social mobility is for America to return to a start-up culture. He should become the “start-up president.”