Will Iceland Fall to Pirates? 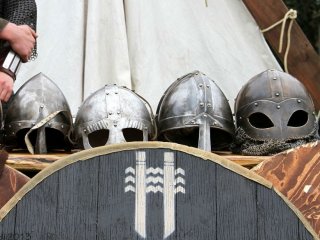 The Panama Papers have hit global financial and political elites with an unexpected bang. The documents leaked from the Panamanian law firm Mossack Fonseca, numbering over ten million, are a cornucopia of data conducted out of the public eye. The papers eventually found their way to the pages of major news services, leaving many high-ranking officials from China, Egypt, Pakistan and Russia red-faced or irked by the unwanted attention. Even the UK's Prime Minister David Cameron has been forced to provide a quick public review of his finances due to links to offshore finance via his father, who was active in the sector.

In Iceland, links between offshore finance and Prime Minister Sigmundur David Gunnlaugsson forced him to step down. Although Gunnlaugsson did not necessarily violate any laws and survived a no-confidence vote, he opted to relinquish his duties, and was succeeded by a coalition compromise, Bjarni Benediktsson of the Independence Party. He thus became the first political leader to leave office because of the Panama Papers.

Probably one of the most interesting items to emerge from the Panama Papers is the rise of the Pirates. Sadly we are not talking about a gang of hirsute, garishly dressed and rum-soaked privateers looking for Spanish gold along the sun-dotted shipping lanes of the Caribbean. In this case, those sailing under the black flag are a relatively well-dressed and non-rum-stinking group of legislators whose zone of action is Iceland's sixty-one-member parliament. Indeed, with elections looming on the horizon sometime in autumn, the Pirates of Iceland may become the government.

The Pirates have humble beginnings, being part of the international anti-copyright Pirate movement. Their most significant victory to date was passing legislation to end Iceland's blasphemy law, which threatened jail time for anyone insulting religion. They also advocate for offering U.S. spy whistleblower Edward Snowden (now residing in Russia) Icelandic citizenship and the decriminalization of drugs.

While the Pirates' platform can hardly be said to be revolutionary, their belief in transparency strikes a chord with many Icelanders who lived through the collapse of the country's major banks and the economy in 2008–09 and left a suspicion of finance. As the Financial Times’ Mure Dickie noted: “Core Pirate policy principles include belief in citizens ‘unlimited’ right to involvement in political decisions that affect them, and the rejection of ‘any limits’ on their rights to express themselves or share information except where doing so would violate the rights of other individuals.”

The Pirates also alternate their parliamentary leadership annually, and their policymaking apparatus is geared for input from the bottom up. This last feature helps foster the perception that the party is beholden to no special interest, but only the Icelandic people.

Why do we care about the Pirates? Although Iceland is small country (with fewer than one million people) and what happens there is not necessarily going to move markets, the rise of the Pirates fits a larger pattern of politics observed throughout much of Europe, the United States and Brazil: public discontent with the political establishment and a still deep suspicion of the links between bankers and politicians. As Wolfgang Piccoli, co-president of Teneo Intelligence in London observed: “The Panama papers are yet another symptom, rather than root cause, of a growing disconnect between elites and their voters. . . Even if the Panama story were not to drag on for too long, the fundamental crisis of diminishing trust in the political establishment is likely to continue.”

In Iceland, the Panama Papers revealed that outgoing Prime Minister Gunnlaugsson had once owned part of an offshore company, now under the control of his wife, and that he had owned shares of the three Icelandic banks often blamed for the 2008–09 financial crisis. For many Icelanders, who suffered through the crisis, this was very similar to the conditions that led to the crisis; they had little tolerance for this type of behavior.

The Pirates are likely to form the next government in Iceland; they are currently polling around 40 percent or more in most opinion polls. This easily puts them in reach of either a majority government or the major part of a coalition administration—if they maintain their level of support, which a number of analysts think likely.

The Pirate model of decentralization and bottom-up flow of information and viewpoints may work for a party in opposition, but there are serious questions as to what happens once they assume office. The Pirate experience is likely to be closely watched, considering ongoing suspicion vis-à-vis the banks and politicians. Direct democracy along Pirate lines may or may not work, but the temptation to try something different will only grow. A host of countries is currently wrestling with the issue of democracy versus the role of money in politics, including the UK, the United States and France.

Of course, offshore finance is not inherently bad or illegal. Over the past twenty years or so, there have been considerable efforts to provide greater transparency and disclosure, while offshore financial centers have been forced to live up to greater regulatory scrutiny. International trade, for one, benefits from offshore financial accounts; certainly, there has been a benefit to the global economy and the free movement of capital.

However, one important factor blurs the lines of criminality—the payment of taxes. The problem with the Panama Papers is that they point, in many cases, to a moral issue: is the cash or asset moved through them intentionally being hidden, or is it accounted for in taxes somewhere? For many people, especially those outside the so-called one percent, offshore finance resembles more of a scam than a legitimate business activity. Considering the charged and increasingly populist bent of politics in a number of countries, links to offshore finance are probably not a good career decision.

As the Pirates of the Caribbean’s Captain Jack Sparrow quipped, “Life's pretty good, and why wouldn't it be? I'm a pirate, after all.” This could well be the case for the Pirates of Iceland, especially as they move closer to elections. For pirates elsewhere, this has to be encouraging, and the Panama Papers could offer ammunition on that front. Pass the rum.