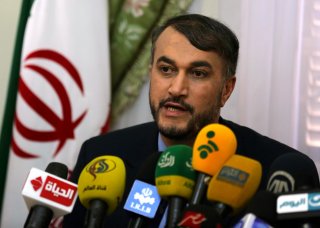 Iran’s new president, Ebrahim Raisi, a deeply conservative disciple of the Iranian supreme leader, was inaugurated on August 3, 2021. He has now picked the members of his cabinet, including a successor to Mohammad Javad Zarif, Iran’s previous foreign minister, who lost the regime’s trust after failing to resurrect the Iranian nuclear deal, officially known as the Joint Comprehensive Plan of Action (JCPOA).

Iranian outlets have speculated for weeks over who may be appointed as foreign minister, floating names such as Deputy for International Affairs in the Judiciary Ali Bagheri Kani, Special Aide to the Iranian Parliament Speaker Hossein Amir Abdollahian, former Special Envoy on the Caspian Sea Mahdi Safari, and Deputy of the National Security Council Ali Hoseini Tash.

In June, Raisi appointed Kani, who stems from an influential family and whose brother is the son-in-law of the country’s supreme leader, Ali Khamenei, to coordinate the transition process within the Iranian Foreign Affairs Ministry. After that, Kani, an arch-conservative diplomat who served as a senior negotiator in talks between Iran and the West in former President Mahmoud Ahmadinejad’s administration, appeared beside Zarif in diplomatic sessions such as Raisi’s meeting with the Indian foreign minister in Tehran on July 7, 2021.

Iranian outlets considered him as the most favored candidate to run the Foreign Ministry in a Raisi administration. Since he is a strong critic of the JCPOA, Kani’s selection would have been a clear message to the West that Iran’s next administration will resume the negotiations with a different attitude.

“The outcome of diplomacy with the US was unmitigated damage,” Kani wrote in the introduction of former U.S. deputy secretary of state Wendy Sherman’s autobiography, Not for the Faint of Heart.

Yet, Abdollahian had appeared instead of Kani in diplomatic sessions, like the summit between Raisi and the Bosnian foreign minister. Likewise, Abdollahian sat in the first row at the presidential inauguration ceremony. Today, Iranian news agencies reported that he is Raisi’s definitive choice for foreign affairs minister.

Abdollahian, fifty-seven, was the former deputy foreign minister for Arab and African Affairs from 2010 to 2015. He is currently the special aide to the speaker of the Iranian Parliament. Unlike Kani, who is not fluent in a foreign language, Abdollahian is fluent in both English and Arabic. Also, Abdollahian has the support of Iran’s conservatives and the Islamic Revolutionary Guards Corps (IRGC). Furthermore, he was a member of the Iranian negotiations team which reached a twenty-five-year cooperation agreement with China. In 2015, when Zarif fired Abdollahian from his position in the Foreign Ministry, IRGC media rebuked Zarif for his decision and stated that the revolutionary diplomat was fired at some foreign countries’ request because he supported Iran’s resistance axis in the Middle East.

In response to a question about Iran-U.S. relations during Raisi’s presidency, Abdollahian told CNN in June, “The United States has always missed opportunities, and this depends more on the behavior of the American side, especially in deciding what relations with Iran should be.” He has not clearly attacked Iran’s nuclear deal and relations with the United States as a compromising gesture.

“Talking with the United States has never been taboo. Two sides have negotiated dozens of times with their foreign ministers over Iran’s nuclear program and three rounds of talks in Baghdad that I also attended. The problem is bullying, big crimes, and America’s repeated misdeeds. Timeliness and authority are the two pillars of any diplomatic negotiation,” Abdollahian tweeted three years ago.

It is clear that Raisi’s choice will have a big role to play in the upcoming, delicate negotiations with the West to relieve the onerous sanctions that have hobbled Iran’s economy—which Raisi has made a centerpiece of his agenda.

“The sanctions against Iran’s nation must be lifted, and we support any diplomatic plan to realize it,” said Raisi in his inauguration ceremony on Thursday.

Abdollahian, as the special aide to the Iranian Parliament speaker, will likely not face any problems being confirmed by Iran’s parliament. Yet, either way, there is little doubt that he, under Raisi’s administration, will be obedient to the orders of Iranian supreme leader Ayatollah Khamenei.

However, it remains to be seen if Abdollahian can fill the diplomatic gap that will be left in Zarif’s absence. Can Abdollahian replace Zarif, a capable, veteran diplomat who was the original architect of the nuclear accord? Only time will tell.