Will the Israel-UAE Agreement Bring Peace or Instability to the Middle East? 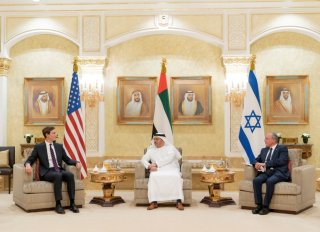 The Israel-UAE agreement has been heralded as a new breakthrough in Israel's relations with the Arab world and has won bipartisan support in Washington. Many experts believe that this accord will lead other Arab states to normalize relations with Israel, and that Israel in turn will freeze plans to further annex areas of the West Bank. Yet there are many voices both in and outside the region who maintain that this is false. Instead, the agreement will likely further increase tensions with key regional players, especially Turkey, Iran and the Palestinians. Who has it right?

To discuss these complicated issues we have assembled an extremely well-informed panel of experts and you can view the discussion here:

Henri J. Barkey is the Bernard L. and Bertha F. Cohen Professor at Lehigh University, and adjunct senior fellow at the Council on Foreign Relations. He previously served as a member of the State Department Policy Planning Staff under President Bill Clinton.

Shai Feldman is the President of Sapir Academic College, the largest public college in Israel. He previously served as the Judith and Sidney Swartz Director of the Crown Center for Middle East Studies and Professor of Politics at Brandeis University and has written several books on both Israel and the politics of the Middle East.

Geoffrey Kemp, Senior Director of Regional Security Programs at the Center for the National Interest, will moderate the event.