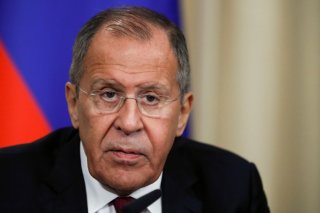 The onset of Russia’s invasion of Ukraine cast a dark shadow over ongoing talks in Vienna to restore the 2015 Iran nuclear deal, officially known as the Joint Comprehensive Plan of Action (JCPOA). On March 5, Russian foreign minister Sergei Lavrov demanded “written guarantees” that Western sanctions over Ukraine “will by no means affect our right to free and full-fledged trading, economic, investment, military and technical cooperation with Iran.” Lavrov’s demand has stoked concerns that Moscow may try to take the JCPOA talks hostage in order to reap benefits for “sanctions-busting,” or to leverage the JCPOA as a bargaining chip to reach a deal with the West over Ukraine.

Iranian reactions to the Russian foreign minister’s comments suggest that Tehran was neither consulted nor even informed beforehand by their Russian counterparts. On March 7, the secretary of Iran’s Supreme National Security Council, Ali Shamkhani, who is officially in charge of coordinating Iran’s position in the nuclear talks, wrote on Twitter that Tehran is “assessing new elements that bear on the negotiations.” Shamkhani stressed that “Vienna participants act & react based on interests and it’s understandable,” implicitly alluding to Russia. Hours later, Iranian Foreign Ministry spokesman Saeed Khatibzadeh said Iran was awaiting “clarification” about Moscow’s position, adding that Russia’s approach to Vienna talks had been “constructive” up until Lavrov’s comments.

Interestingly, Russian diplomats in Vienna and Tehran appeared to possess little knowledge about the reasoning behind their foreign minister’s comment. Mikhail Ulyanov, Russia’s permanent representative to the International Atomic Energy Agency (IAEA) and chief negotiator in Vienna, presented a document about guarantees for Russian civilian nuclear cooperation with Iran under the JCPOA. The document did not extend to sanction exemptions for Russia’s economic, investment, or military-technical cooperation with Iran. Similarly, Russia’s Ambassador to Iran Levan Dzhagaryan described reports about Russia’s demand as a “misunderstanding.” But Lavrov’s phone conversation with his Iranian counterpart, Hossein Amir-Abdollahian, that same evening left no doubt that Moscow seeks concessions from the West beyond the original JCPOA. “The revival of the JCPOA must provide for all participants to have equal rights in relation to the unhindered development of cooperation in all areas without any discrimination,” said Lavrov.

Under the 2015 nuclear deal, Russia has been primed as the likely recipient of Iran’s excess uranium which is crucial for the restoration of the JCPOA. This was the case in December 2015 when Russia removed all excess low-enriched uranium and nuclear materials from Iran prior to the JCPOA’s implementation. Under the JCPOA, Russia is also responsible for supplying fuel for Iran’s Tehran Research Reactor and for converting the cascades at the Fordow nuclear facility to produce stable isotopes. Moscow’s assistance with these projects that ensured Iran’s compliance was, therefore, unlikely to be sanctioned under any agreement to restore the JCPOA. In fact, the Biden administration has already restored sanctions waivers for civilian nuclear cooperation with Iran, which were annulled by former President Donald Trump. The move should allow Russia to support Iran’s technical compliance with the JCPOA, which has been significantly reduced since 2019, when Iran started to reduce its JCPOA obligations in response to Trump’s decision to withdraw from the JCPOA the year before.

Russia’s new demand for guarantees could have nothing to do with the nuclear issue. At a closer look, it could barely have anything to do with broader Moscow-Tehran cooperation either. Instead, Moscow appears to be trying to circumvent Western sanctions following its invasion of Ukraine. By doing so, Russia may use Iran to bypass Western sanctions and re-export sanctioned goods under the guise of reaping economic benefits from the JCPOA—a benefit stipulated for Iran but not for the other parties to the deal. Lavrov’s emphasis on written guarantees suggests that Russian demands entail loopholes that would allow it to pursue transactions with an Iran that no longer is constrained by sanctions. The Western parties to the deal seem to be aware of Moscow’s game plan, and, therefore, are already rejecting the request for guarantees. U.S. secretary of state Antony Blinken has called the Russian demand “irrelevant,” emphasizing that the new sanctions against Russia “have nothing to do with the Iran nuclear deal.”

From here, two scenarios can be envisaged regarding Russia’s next steps and the implications for the JCPOA. At best, Russia’s demands constitute a political maneuver aimed at reminding the United States and European states of Moscow’s ability to adversely impact issues of urgent interest. In this vein, Moscow may shift to supporting some of Iran’s more maximalist positions—for example, Tehran’s own request for legal guarantees that the next U.S. administration won’t abandon the deal—or propose various provisions to frustrate the West. In the end, Russia could opt to support the JCPOA’s restoration, only to delay its implementation by invoking Western sanctions as a barrier for the technical execution of the deal. This would allow Russia to maintain leverage over the West, short of a full-scale collapse of the deal. After all, even in light of its collision with the West over Ukraine, Russia neither desires an Iran with a nuclear weapon nor a potential military intervention to avert Iran’s nuclear breakout if negotiations fail.

In the worst-case scenario, Russia has already concluded that its relations with the West have reached the point of no return and sees no need to account for Western interests on any issue, including Iran. In this scenario, Moscow’s calculation would be that a revived JCPOA would mitigate the Western states’ concerns over an “Iranian nuclear threat,” allowing them to focus primarily on the Russian threat. At the same time, in the absence of the sanctions, Tehran’s considerable hydrocarbon reserves can be pumped into the market as an alternative to the Russian oil and gas. More broadly, a post-sanctions Iran will have less reliance on Russia for political and economic support. These may prompt Moscow to actually prevent the revival of the nuclear deal. It’s worth mentioning that as a party to the original JCPOA and a member of its Joint Commission—which also includes Iran, China, and the three European powers—Moscow’s consent is needed for any agreement on the restoration of the JCPOA and that’s where the Russians may play the spoiler.

Currently, Iran faces a complicated domestic and international environment. The Islamic Republic has for decades tried to depict Russia as a “strategic partner” despite decades of mistrust. Russian obstruction of the Vienna talks would thus incite huge public backlash and criticism of Ebrahim Raisi’s emphasis on ties with Russia. Besides, the Iranian leadership seems to be more interested now in reviving the JCPOA, as the increasing oil prices contribute to the recovery of the country’s sanctions-hit economy. But given all the complexities associated with Moscow’s role as a party to the JCPOA, the only viable option for Iran to circumvent Russia and to achieve sanctions removal would be to pursue bilateral talks with the United States—something Tehran has so far refused to do. Russia’s inflexibility may eventually prompt the Iranians to reconsider their tough position and engage in direct talks to determine a resolution that would marginalize Moscow’s role in the JCPOA. Washington has already declared its readiness for bilateral engagement with Tehran. As such, the ball seems to be now in the Iranian court to save the JCPOA from becoming collateral damage of Russia’s war in Ukraine.

Nicole Grajewski is a research fellow with the International Security Program at Harvard’s Belfer Center for Science and International Affairs and a doctoral candidate at the University of Oxford. Her research specializes in Russian and Iranian approaches to international order. Follow her on Twitter: @NicoleGrajewski.