Will the Second Arab Spring Go the Way of the First? 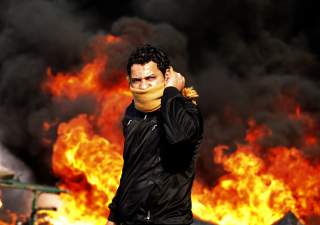 It is quite possible that democracy movements in Sudan and Algeria may go the way of their predecessors that appeared to herald the Arab Spring in 2011. With the exception of Tunisia, where the jury is still out, all other Arab Spring countries either returned to autocratic rule or descended into anarchy. The largest of them, Egypt, saw its revolution aborted by the clever machinations of the military top brass and the strategic errors committed by the Muslim Brotherhood that briefly came to power after the overthrow of Mubarak. Two days after Mubarak’s fall in February 2011 I had published an article titled “The Tyrant is Dead, Long Live the Military,” which predicted that Mubarak’s removal would not mean the end of the military-dominated system and that the military brass would continue to hold power one way or another. Unfortunately, my prediction came true and Egypt returned to autocratic rule far more stifling than was the case under Hosni Mubarak.

Libya and Yemen descended into chaos and ended up being divided into fiefdoms ruled by warlords. Yemen has also become the main arena where the Saudi-Iranian rivalry in the Middle East is being played out at the cost of thousands of lives and immense suffering inflicted on the civilian population. Syria unraveled very quickly after the democracy movement began thanks in part to the involvement of regional powers, such as Turkey, Iran and Saudi Arabia, and major powers, the United States and Russia. Assad’s dictatorial regime has survived because of the support extended to it by Russia and Iran. However, in the process large parts of the country where the government’s writ did not run fell under the sway of the Islamic State, which brutalized the people for several years before it was finally defeated.

The Sudanese and Algerian cases seem to have an uncanny resemblance to the Arab Spring countries in several ways. First, the upsurge against the military-supported Bashir and Bouteflika regimes are spontaneous but with very little organizational coherence. The primary instrument that helped them achieve their ends was and continues to be their ability to attract spur-of-the-moment popular support that has mobilized hundreds of thousands of people on the streets thus bringing life to a standstill. But this is a tactic that cannot be sustained in the long run.

The echoes of Cairo’s Tahrir Square are very evident in this phenomenon. Therefore, there is every danger that just as the spontaneous Tahrir Square movement quickly fizzled out once the immediate goal of removing Hosni Mubarak was achieved, the Algerian and Sudanese movements will dissipate as well due to inorganization and infighting among the opposition.

Second, system transformation is normally a long drawn out process and requires a dedicated, single-minded and disciplined organization, such as the Bolsheviks in Russia and the IRP in Iran, that can sustain the revolutionary momentum until the ancien regime is fully dismantled. The man at the top is merely the tip of the iceberg in most cases and his removal does not necessarily mean system transformation. Despite the differences in the two cases, there is no evidence that such an organization exists in either Algeria or Sudan.

Third, the real power behind the throne in autocratic regimes, le pouvoir (the power) as the officers and oligarchs who really call the shots are known in Algeria, when threatened with massive popular dissent are often willing to sacrifice the symbolic autocrat, the most visible emblem of the regime, and his cronies in order to save the power structure that they dominate. This is exactly what happened in Egypt. The military top brass, the real rulers of the country, were more than willing to sacrifice Mubarak, his family, and his cronies in order to maintain their control over the country. In a series of calibrated moves, they first posed as defenders of the democracy movement against police excesses to gain the people’s trust, then eased out the dictator and allowed a brief democratic interregnum, and finally showed their true colors by removing the elected government and taking over power through brute force later legitimized by rigged elections.

In both the Sudanese and Algerian cases, it is the military, the backbone of the two regimes, that in response to popular unrest removed Bashir and Bouteflika and their closest associates and replaced them by interim governments run by the military brass. Their real objective is to pacify popular discontent by ostensibly posing as agents of change and supporters of the popular movements. This seems to be a repetition of the Egyptian scenario with minor changes to fit the local contexts.

In the case of Algeria, where protests began on February 16 and led the military high command to force Bouteflika to resign on April 2, it is clear that the Army chief, Maj. Gen. Salah Abdallah, has been calling the shots although Abdelkader Bensalah, the head of parliament’s upper house, has taken over as interim president and is obligated by the constitution to organize elections within ninety days. It is obvious that Bensalah will follow the instructions of the military just as Bouteflika did. He appears to be a place holder while General Salah and his cronies make up their minds as to what they should do to defuse the situation while preserving the system over which they preside. With Algeria’s opposition disorganized, divided, and leaderless and with the presidential elections barely three months away, it is unlikely that it will be able to put up a consensus candidate against one that the military prefers. It is very likely that le pouvoir will continue to wield the real power in the country by replacing Bouteflika with another figure equally willing to do its bidding.

In Sudan’s case, where protests began in mid-December, Bashir was replaced on April 11 by a Transitional Military Council headed by General Awad Ibn Auf who imposed a three-month state of emergency and declared that the transitional body would rule the country for two years. However, after continuing protests by the opposition led by the Sudanese Professionals Association, Auf stepped down and nominated Lt. Gen. Abdel Fattah al-Burhan, the inspector general of the military, as head of the council. The opposition has continued to demand the formation of a civilian transitional body but this demand has not been met by the military.

The Sudanese situation is somewhat different from Algeria’s. On the one hand, the leadership of the Sudanese Professionals Association provides some degree of coherence to the pro-democracy movement. On the other, given the fact that Bashir and the military have been supported by Islamist elements, Sudanese society is divided between secular and Islamist groups thus detracting from the democratic movement’s ability to act in a united fashion. Islamist factions have been close to Bashir and the military because the regime has selectively pandered to their claim for the imposition of sharia law. This societal rift is likely to work in the military’s favor because it can still count on the Islamists’ support against secular elements.

While so far external actors have not jumped into the fray in either Algeria or Sudan, there is a possibility that they may do so in the near future thus complicating the situation even further. Algeria is oil-rich and European powers, especially France, have major stake in the political outcome in that country. In 1992 when the military aborted the elections once it was projected that the Islamic Salvation Front was likely to win at the polls France stepped in to support the military regime. It is highly likely that it may do so again if it feels that the fall of the regime would threaten its economic and political interests in its former colony.

In the case of Sudan, regional powers, especially Saudi Arabia and Iran, are likely to get drawn in if conditions deteriorate and a domestic conflict scenario emerges. Chairman of Sudan’s Transitional Military Council Abdel-Fattah Al-Burhan on Tuesday praised Sudan’s close relations with Saudi Arabia and the UAE during a meeting with a joint high level Saudi-UAE delegation to Khartoum. Sudan has been rewarded in the past few years to the tune of $2.2 billion for its support to the Saudi war effort in Yemen.

Khartoum, which had good relations with Iran for decades, broke off contact with Iran in March 2015 largely in return for Saudi financial aid just before joining the Saudi-Emirati war effort in Yemen against Iran-backed Houthis. The democratic uprising in Sudan has provided Tehran an opportunity to once again regain influence in the country thus making it imperative for Riyadh to intensify its support for the military regime. Sudan, like Yemen, could become another battleground for the Saudi-Iranian proxy war in the region.

All these factors, especially the lack of coherence as well as of leadership in the democracy movements and the military’s crucial role in the transitional process in both countries where the military is the only organized political force, do not augur well for the future of democracy in either Algeria or Sudan. External support for the military is also a distinct possibility in both cases thus making the democratic movements’ job even more difficult.