Will the Easy-Money Era Lead to a Recession? 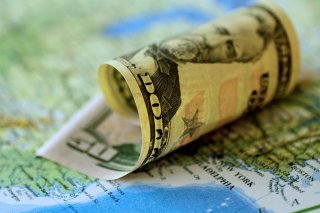 As Janet Yellen readies for her departure from the Federal Reserve, a sentiment creeping into markets that the era of “easy money” is over—as if somehow the Yellen Fed was the root of all easiness.

Yellen’s Fed was the first in recent history to oversee only rate increases—and not encounter a recession. That is quite the accomplishment: raise rates and remove accommodation steadily without sparking a recession. At the very least, she deserves to be remembered as someone who did a difficult job without committing a serious policy error.

In many ways, the entire mission of the Yellen Fed was to end the era of easy money. A task neither of the two previous Fed chairs were able to accomplish for any notable length of time. Yellen’s task was largely to slowly unwind the consequences of their policies. The notion that Yellen was an easy-money Fed leader contradicts the facts.

There are a few ways to look at the relative looseness or tightness of monetary policy. The most useful for judging the Fed’s stance is the so-called “natural rate.” The natural rate estimates the real Fed funds rate that does not speed up or slow down the economy. Where the Fed funds rate is relative to the natural rate tells you whether the Fed is pursuing an easy-money policy or not.

It does not take much digging to dispel this mistruth about the Yellen Fed. Did its monetary policy generally err on the side of easy? Yes, but that was an inherited position from her predecessors not a policy Yellen set.

Further, the Yellen Fed has raised real rates to the extent that the current Fed funds rate is likely to be on the tight side of the natural rate. In other words, monetary policy is not easy for the first time since the third quarter of 2007.

So, the Yellen Fed has navigated the United States back to the natural rate or slightly above it. What comes next? Does the Fed try to maintain its policy setting close to the neutral rate, allowing the U.S. economy to continue to expand? That seems like a reasonable policy stance, and, according to numerous speeches, what the Yellen Fed has been aiming for.

But there is a difference between aiming for and maintaining policy at the neutral rate. Most importantly, the neutral rate has been consistently falling, complicating the process of staying on neutral.

For Yellen, the task was simply to reach neutral. This was a tall task but one that was in some ways easier than attempting to stay on top of a falling neutral rate.

Jerome Powell, the incoming Fed Chair, has a difficult task ahead of him. There is almost no way he going to be able to keep fed funds at neutral. Instead, his task will be to guide interest rates in a manner that does the least amount of harm.

It is difficult to articulate to task for the next Fed chair. The Fed has fought its way slowly away from the zero lower bound, and has made it back to neutral or even moderately restrictive policy. That is no small feat, and the accomplishment should be celebrated. But now the task is to not be the cause of a recession or significant downturn, and this is not a simple task.

After all, while people are bemoaning the end of an easy-money era, it turns out that it is the default setting for monetary policy. It is exceedingly rare that monetary policy is restrictive, but this is where the Fed finds itself.

And that makes the coming transfer of power interesting. With Powell coming into a Fed chair position with the fed funds rate in line with the current estimate of the neutral rate, there is little work to do. The Fed has already achieved its objective of escaping 0 percent. Now the goal is to avoid recession.

Powell has an unenviable task, and his starting position is not ideal. But there are reasons to believe that the easy-money era is only taking a pause. With a low natural rate and already tight monetary policy, easy money might be back before we know it.