Will the Liberal Order Destroy Itself? 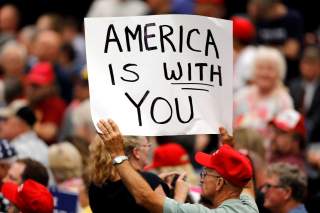 On the day after the U.S. presidential election, I trudged across campus to teach my class. For months my colleagues and I had laughed or jaw-dropped at Donald Trump’s statements and behavior, but knew his election was an impossibility. He had just been elected the president of the United States. I passed by groups of students standing together, a few of them weeping, friends awkwardly patting their backs. Colleagues walked zombie-like past me. Something had died; the campus was grieving.

One dream that died that day, in the eyes of many, was the liberal international order: the order that candidate Trump had pledged to dismantle. Since his election, he has indeed weakened this order; he has undermined the trust that America’s allies have in its leadership; he withdrew the United States from the Trans-Pacific Partnership and the Paris agreement on climate change; he has threatened to withdraw the United States from the North American Free Trade Agreement and from the disarmament agreement with Iran.

While Trump is no friend of the liberal international liberal order, his ascent is not the cause but a symptom of its problems. The greatest threat to the order is the order itself: more specifically, the people whom it dislocated and antagonized. As the liberal project scored victories, its well-intentioned proponents grew increasingly ambitious. The liberal project has grown into a vast prix fixe menu with items on it that many countries would prefer to skip. To stem the backlash to the liberal order, its leaders need to rein in these ambitions and allow countries to order à la carte. This may be the only way to keep the establishment in business.

The liberal international order refers to a set of ideas and institutions after World War II. Free trade and free capital flows have encouraged the outsourcing of production. More open borders have allowed extensive migration particularly from the developing “south” to the advanced industrialized “north.” The order also rests upon a set of liberal beliefs and values, such as freedom and human rights. A set of institutions—negotiating and establishing norms and rules in trade, finance and many other issues—link these ideas together.

As the order succeeded, it expanded. The 1947 General Agreement on Tariffs and Trade (GATT) over time tackled an increasing number of trade barriers. An alliance created to contain the Soviet Union was refashioned after the Cold War into a liberal community, and expanded into Eastern Europe. The 1951 European Coal and Steel Community has since styled itself into a customs union, monetary union and international court of justice. In the 1995 Schengen agreement, several members of the European Union opened internal borders and adopted a common asylum policy. In these ways, the liberal order ballooned beyond its modest origins.

Clyde, Ohio. Three thousand employees at a Whirlpool factory build twenty thousand washing machines per day. Whirlpool is the largest employer in the county; its employees eat at the local restaurants, worship together at St. Mary’s and First Presbyterian; their taxes support Community Park and the Clyde schools.

Whirlpool has sought trade protection from the Trump administration. It accuses its competitor, Samsung, of dumping, and says that on a level playing field, it could create over a thousand jobs.But Samsung blames Whirlpool for failing to innovate and respond to changing consumer tastes. Shara Aranoff, an attorney for Samsung, compares the situation to the auto industry: “American auto makers have become much more competitive, foreign auto makers have established U.S. production creating thousands of American jobs, and consumers have more and better choices.” She declared, “Today we’re all better off.”

The free movement of goods and capital indeed created significant gains. Liberal international institutions (such as the GATT) cut tariffs, and countries specialized in what they were efficient at producing. Consumers benefited from more and better goods, and many countries lifted their people out of poverty. Of course we knew that free trade would dislocate some people, but economists told us that dislocated workers would move out of sunset sectors and geographic areas, and that the welfare state would ease this transition.

What actually happened? In European countries, where social democracy thrives, leaders created welfare programs to buffer workers from trade dislocation. But in the United States, the state failed to uphold the social compact of free trade: as globalization expanded in the late twentieth century, the U.S. government slashed both taxes and welfare benefits.

Free trade with China hit U.S. workers particularly hard. Bill Clinton and other liberal internationalists celebrated China’s entry into the World Trade Organization in 2001. Economists forecast that the benefits to the U.S. economy would be high, and the costs to dislocated workers modest. As Jordan Weissman notes, “Things did not work out quite as the 42nd president hoped”; that this had the effect of “decimating American factory towns . . . and upending old assumptions about how trade affects the economy.” To be sure, a trend toward greater automation was a major contributing factor. But economists estimate that the “China Shock” cost the U.S. economy over two million jobs, and workers did not adapt as the economists had anticipated.

Plants closing—feared by Whirlpool’s workers in Clyde—means people cannot provide for their families. Factory closures ripple out to the community; the decreasing tax base means fewer resources for schools, and fire and police departments. Stress soars as people often replace a higher-paying job with temporary work or with multiple part-time jobs. In the United States (until recently), people also frequently lost health insurance. Unemployment attacks self-esteem and social status, elevating depression, drug use, alcoholism and suicide. Social services face fewer resources amidst exploding demand. So when people heard a candidate finally talk about their pain, and lambast American leaders for negotiating “bad deals,” they listened—and cheered.

Writer Ben Judah takes a walk in a suburb transformed by immigration. Most residents are of North African, Arab and South Asian descent. Judah talks to a woman, Maria, emerging from a Catholic church there. “Immigration changed everything,” she tells him. “The French have all left Saint-Denis. Look around you.” Judah notes that “Since 2012, stabbings, shootings and car rammings have taken place every few months, punctuated by slaughters such as Charlie Hebdo and the Bataclan.” Immigrants themselves resent a thicket of regulations that keeps unemployment in their communities high; they suffer discrimination and anti-immigrant violence, and endure police harassment.

Europe also recently experienced “one of the most significant influxes of migrants and refugees in its history.” In Britain after 1997, under Labour leadership, the country accepted twice as many immigrants than it had accepted over the previous fifty years. One wave of immigrants came from Eastern Europe after several countries there joined the EU in 2004. Europe accepted millions of refugees from Afghanistan, Iraq and Syria, with a massive spike in 2015.

Immigration on this scale has fueled concerns across Europe. One issue is economic effects; immigrant workers increase the tax base, but large numbers of low-skilled immigrants push wages downward and increase demand for social services (education and health care), and create future entitlements for health care and pensions. People also worry about greater violence. Crime rates remain generally low, but terrorist attacks, whether rightly or wrongly connected to immigrants, have created a strong sense of insecurity. As Pew Research Center finds, most Europeans (76 percent in Hungary; 61 percent in Germany; 52 percent in the UK) believe “refugees will increase the amount of terrorism in our country.”

Europeans are also concerned about integration. As Angela Merkel famously commented, in Germany, multiculturalism “utterly failed.” While the United States generally does better in this regard, in Europe immigrant communities tend to be insular, with people leading parallel lives. An unsettling number even hold values anathema to their societies; for example, surveys of Muslims in Britain and France have found that about a quarter favor the adoption of Sharia law in those countries.

Across Europe and the United States, these different concerns have unleashed a political backlash to immigration. Donald Trump emerged victorious in 2016 after a campaign dominated by promises to build a “big, beautiful wall.” Right-wing parties have gained influence in France, Germany and Sweden. And as seen most recently in the Austrian elections, in “middle Europe,” “increasingly, their dominant political sentiment is antithetical to, even contemptuous of, the liberal, pro-integrationist ideals of the European Union.”

The lads—Americans, British, Japanese, and an assortment of other Europeans—are running football drills. As practice winds down, the dads (and occasional mom) arrive, watch the boys run around, and chat amiably. Most of them are in the finance industry; some are in the high-tech or entertainment fields. Amidst them appears the odd journalist (or, like my husband and me, academic).