Will the London Terror Attack Propel the Disastrous Jeremy Corbyn to Power? 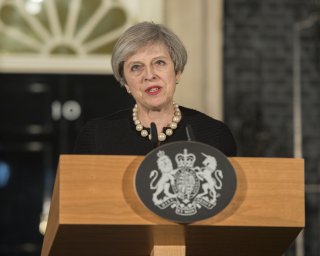 The mood that follows each terror attack in Britain is something akin to ennui. These horrid crimes keep happening; the latest has seen seven dead and another forty-eight wounded. They are still scary enough to interest us, or hold our attention on TV, yet nobody has anything interesting to say about terrorism any more. You either repeat all the usual tropes about not letting the terrorists win, or you despair silently. Theresa May says “enough is enough,” but what is she going to do that she didn’t do as home secretary for six years? London mayor Sadiq Khan calls the terrorists cowardly, but he’s wrong. Vile? Yes. Wet? No.

We are bored of reacting to terror, but not quite apathetic. At the subterranean or subconscious level, a great rage is bubbling, one that might manifest in a strange result in Thursday’s general election. This election, it was originally thought, would revolve around Brexit. Not so. It appears that the spate of terrorist attacks in the past three months have dramatically altered the terrain on which this election will take place. Indeed, it is also sending out shock waves in the United States, where Donald Trump issued several tweets in response, including the contention that “we must stop being politically correct,” which appears to be, at least rhetorically, similar turf to that which Theresa May is staking out as she refers explicitly to the “evil ideology of Islamist extremism.” She noted, “We cannot and must not pretend that things can continue as they are.”

It has been commonly thought that terrorism will only help Theresa May win the general election, since the opposition Labour leader Jeremy Corbyn is widely thought to be weak on Islamism and foreign policy. But the British are more dovish than people think, and fear makes people act in curious ways. The British are certainly fed up of being spoken to like frightened sheep by leaders who do nothing to protect us. Since the bomb in Manchester on May 22, the polls have tightened; one YouGov survey over the weekend had Labour just one point behind, a staggering turnaround considering how wide the gap was just a month ago. May says all the things politicians are meant to say about terrorism, but she is at heart a “securocrat,” who thinks the answer to violent Islamism is more security all the time.

But lots of people feel insecure now, and even though everybody has to thank the first responders for their bravery in combating the threats we face—the British police did perform well last night, killing three terrorists in eight minutes—resentment towards the state is brewing. Our civil liberties have been greatly eroded to keep us safe, yet still we are not safe. Now May is talking about clamping down on the Internet, a move that is sure to engender a fresh round of controversy, not least on the Internet itself, as social media lashes itself into a frenzy.

The majority might think Jeremy Corbyn is a hopeless lefty wimp, but it’s been a strange election, and, a year on from Brexit, the British people are perhaps in the mood again for summer madness.

The Tories might be in for a nasty shock at the ballot. It’s widely understood in Westminster that, while Corbyn’s rally in the polls is real, it has been in the Conservative Party’s interest to talk up Labour’s chances. Lynton Crosby, the strategist who is running the Tory campaign for a huge fee, wants to scare Middle England into voting en masse.

Will it work? Voters are stranger than Crosby thinks, and acts of terrorism only make electorates more unstable. A bored and angry Britain might just be in the mood to elect a disastrous socialist like Jeremy Corbyn.