Will the Next President Restore U.S. Primacy? 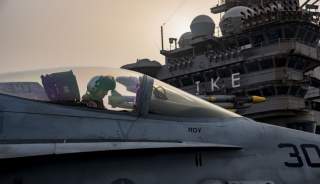 Assuming Hillary Clinton wins in November (if Donald Trump wins, all bets are off for we will be in uncharted territory, perhaps even the Bermuda Triangle, in both domestic and international policy), the issue of U.S. primacy will reappear with a vengeance. To her credit, both as secretary of state and as a presidential candidate, Mrs. Clinton has not made much of her foreign-policy differences with Barack Obama. But it is fairly obvious what she would have done differently, most notably: intervened aggressively in Syria, built up U.S. forces in Iraq far more quickly than Obama did, and been much more confrontational with Russia over Ukraine and the Baltic states. In contrast, given that Obama succeeded in getting his universal health-care plan through Congress, which had been Mrs. Clinton’s “signature” issue in the first two years of her husband’s first term, there are not many major reforms that she can undertake (gun control, the most obvious one, remaining in my view a political nonstarter). Whether she will keep her word to oppose the Trans-Pacific Partnership, there is nothing in her past to suggest that she is any less of a liberal interventionist than she has been since the mid-1990s.

The “national greatness” conservatives such as Robert Kagan and Max Boot who have already endorsed her see this clearly. So Mrs. Clinton will come into office with virtually the entire U.S. foreign-policy elite, liberal interventionist and neoconservative alike, having strongly backed her. The differences between the two wings of the policy establishment were never as pronounced as it sometimes appeared during George W. Bush’s first term. Though even while Mrs. Clinton has acknowledged that she was wrong to back the invasion of Iraq in 2003, if not quite Blairite, her support was certainly enthusiastic. And if she has changed her views since, and become more cautious about what foreign wars in the name of democracy can achieve, well, so have many of the neoconservatives who have come round to supporting her.

Indeed, if noninterventionists, or at least those who, rather like Bill Clinton’s stance on abortion during his presidency—that it should be “legal, safe and rare”—have a friend in this race, it unfortunately is not Mrs. Clinton but Donald Trump. He speaks of “stupid” expeditionary wars in the Islamic world that have cost hundreds of thousands of lives and left the region more, not less, unstable. Whether Trump’s anti-interventionism has anything to do with that of critics both on the left and the right of such adventures is an open question. And in any case, to put it charitably, Trump’s erratic approach to all his policy positions, international and domestic alike, does not inspire confidence. His shifting stances help explain why so many anti-interventionist policy analysts and thinkers support Mrs. Clinton even as they dread what they rightly view as her hawkish analysis of what U.S. military power can and should do in the world. The old psychoanalytic joke would seem to apply here: when the right person does the wrong thing it’s right, but when the wrong person does the right thing it’s wrong.

It seems safe to say that Mrs. Clinton will come into office believing that America’s global primacy will last for many more years, even decades. As the very similarly minded Richard Holbrooke used to say, “the world works best when America leads.” And like Holbrooke, Mrs. Clinton may be characterized, with apologies to Bill Kristol and to Robert Kagan, as a “national greatness liberal.” The obvious question is whether this is actually true or—much like American exceptionalism, to which of course it is linked historically—it is largely a narcissistic exercise in wishful thinking.

At the very least, the American primacy Mrs. Clinton will likely want to assert will be constrained, depending on one’s views of how John Kerry’s State Department conducted itself. The last fifteen years have demonstrated that the Islamic world is in crisis and that outside powers, first and foremost the United States, can do a great deal to make this crisis worse, but little to make it better. The most savage by-product of this civilizational and sectarian convulsion, jihadi terrorism, is something that at best can be minimized. Unfortunately, the suburbs of the great European cities are serving as, with apologies to Chairman Mao, the sea in which the terrorist fish can swim. Things are likely to get far worse before they improve.

The picture in East Asia is not much more promising as a field for the vigorous exercise of American primacy. Short of war, the United States has little leverage available to curb Beijing’s further intention to transform parts of the South China Sea into a Chinese lake. In any case, America remains bogged down in Afghanistan. That quagmire is unlikely to change for the better during Mrs. Clinton’s tenure in the White House. Moving back to Europe, President Obama was widely and harshly criticized for not having done more to blunt Russia’s moves in Ukraine and the Baltics. But again, short of war, what in practical terms does American primacy mean? President Obama’s critics tend to get a little fuzzy at that point, as if the fact that Vladimir Putin has no intention of backing down was some sort of offense against the natural order of things.

As American policymakers have been saying since Ronald Reagan’s day, time is not “on the side” of Communists or their autocratic successors. But of course, history is not on anyone’s “side.” If there was an error in this progression, it was in assuming that because Russia could do nothing at the time to halt NATO’s move eastward, that expansion was somehow immutable. There is cognitive dissonance at work here, and a level of utopian unreality too. How does one explain why Washington considers it perfectly normal for Australia, its ally ten thousand miles away, to send fighter aircraft to attack ISIS, but when Russia, which has had a base in Syria since the 1950s, deployed its own forces, it was somehow going against the rules of the post-Soviet global order. And it was with great reluctance that policymakers in Washington went from debating whether or not the United States should bomb Syria to realizing that with Russian air power in that country in force, it was no longer possible to do anything of the sort without Moscow’s assent. Even in Latin America, our own backyard as the cliché goes, there is no obvious American fix to the meltdown of Guatemala, El Salvador and Honduras, from which tens of thousands of migrants are heading north toward the Rio Grande. Washington is even more irrelevant in the general political crisis that Brazil is now suffering through, and with no end in sight.

Given these realities that the incoming Clinton administration will face, is there even a point in seriously considering American primacy in an era in which, for better or worse, a genuinely multipolar world is being born? The answer, I think, is no, at least assuming that what this primacy means is letting Washington do pretty much anything it likes, pretty much anywhere it likes. This does not mean that America will stop being one of the principal power centers of this multipolar world. But like any traditional great power, there will be times when the United States will indeed be able to lead, other times (again, as in the case of Brazil) when Washington’s role will largely be that of an onlooker and, shocking as it may be to the many policy intellectuals in our country who sincerely believe in the redemptive role of U.S. leadership, even times when Washington will be led.

Of course, there is a strong likelihood that it will take one, or even two, presidential terms in office for Washington to begin to acclimate itself to this new dispensation. Mrs. Clinton’s past positions do not suggest that she will be the president who finds a way to successfully integrate the United States, being comparatively weaker, into the hybrid world order that is coming into being. But that new global system is coming whether Washington is ready to acknowledge it not. If I had to predict, I’d guess President Hillary Clinton will be more in the line of Harold MacMillan at Suez than Charles De Gaulle in Algeria. But of course, I hope that I am wrong.

This is the thirteenth in a series of essays on the future of American primacy. You can read the previous essay, “Is America Being Crushed by the Weight of the World?” by Michael C. Desch, here.

David Rieff is the author, most recently, of In Praise of Forgetting: Historical Memory and Its Ironies.

Image: A pilot awaits in an F/A-18C Hornet taxis across the flight deck of the aircraft carrier USS Dwight D. Eisenhower. Flickr/U.S. Navy