Will the United States Be a Victim of Its Own Success in Syria? 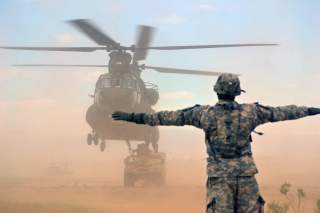 The ministerial meeting of the Global Coalition to Counter ISIS held in Washington, DC was an important milestone on the path to the Trump team’s mission to fully defeat the would-be caliphate in Iraq and Syria. Secretary of State Rex Tillerson opened the proceedings by unequivocally stating that the ISIS threat would be the first priority of the new administration, and that in achieving that overarching objective, the United States would be invested in securing the stability of areas conquered from ISIS. Tillerson correctly identified Syria as a priority for stabilization after ISIS.

The challenge for the Trump administration in Syria is that the United States could be a victim of its own success: by prosecuting the campaign against ISIS, the U.S. military is building out an American zone of control on the ground in a large area of eastern Syria. Unlike in Iraq, where Baghdad is a state actor that the U.S. military has chosen to work by, with and through to take the fight to ISIS, the United States refuses to formally work with Damascus. It will only deconflict military operations targeting ISIS and Al Qaeda that the Russian military occasionally carries out on behalf of Syrian president Bashar al-Assad. Under both Obama and Trump, the United States has operated under the assumption that Syria is a geographic space, not a functioning state with sovereignty over all of its territory, and for all intents and purposes cutting al-Assad out of the process.

When ISIS is forced out of its Iraqi “capital” in Mosul, which appears set to occur in the near future, the ultimate authority for the territory held by ISIS in Iraq will fall to the Iraqi government, working with local actors. In contrast, in eastern Syria, the al-Assad government is present in a few scattered, beleaguered military outposts—the most significant being an airbase outside of the city of Deir al-Zour in the lower Euphrates River Valley near the Syrian-Iraqi border. Distracted by the fighting in western Syria, and the Syrian Arab Army’s chronic manpower shortages, even with the support of Iran’s Islamic Revolutionary Guard Corps (IRGC) and its network of foreign, primarily Shia militias and the Russian military, the al-Assad government has ceded the operational freedom to the U.S. military to conduct counter-ISIS campaign throughout eastern Syria.

Damascus’ shortcomings as a counter-ISIS partner have provided the United States with the space to conduct its campaign in eastern Syria with near total freedom, but those shortcomings also put the burden of stabilizing areas conquered from ISIS onto the U.S. military. In turn, the U.S. military has nurtured its own local partner force, the Syrian Democratic Forces coalition, and its adjutant force the Syrian Arab Coalition, a Kurdish-majority, multi-ethnic coalition that includes a rising number of local Arabs, and other ethnic and sectarian communities. The Syrian Democratic Forces is a controversial coalition because a significant number of its constituent Kurdish militias are influenced by the Kurdistan Workers Party, and therefore anathema to Turkey.

Despite Turkey’s concerns, the U.S. military seems poised to work by, with and through the Syrian Democratic Forces and Syrian Arab Coalition to surround Raqqa, with the intent to seize the city by the summer. An additional one thousand or more U.S. soldiers are set to be deployed into Syria to work with the Syrian Democratic Forces Coalition and the Syrian Arab Coalition to achieve this goal. By accelerating the timeline for the Raqqa operation, and a concurrent campaign in Deir al-Zour, with the U.S. military’s chosen local Syrian partners, the Trump administration could soon assume complete ownership over a large area of eastern Syria. Turkey is expected to be cut out of the equation.

This approach is fraught with risk, and very soon it will be up to President Trump to determine the extent to which he wants to increase the investment of the United States on the ground in eastern Syria, and with which partners. Secretary Tillerson’s remarks and the March 9 Senate testimony of U.S. Central Command Commander Gen. Joseph Votel, who is tasked with overseeing military operations in Syria, indicate that conventional U.S. forces may be needed for a stabilization mission in Syria, which is indicative of the scale of the challenge that is staring the United States in the face in eastern Syria.

ISIS is already preparing for this scenario and is ready to wage a rural insurgency combined with urban raids and terrorist attacks to undermine any security and governance authority that would be established by American forces and local partners. There is a real risk for the Trump administration that a stabilization mission in eastern Syria could devolve into a quagmire if ISIS, or the al-Assad government and its allies in western Syria, choose to wage an active insurgency against American and local partner forces. Achieving the military support of key regional partners such as Turkey, Gulf Arab states, Iraq and Jordan would be optimal; however, there are obstacles to getting these partners to participate in an open-ended American-led military mandate after ISIS.

Turkey is geographically removed from the core ISIS-controlled areas along the Euphrates River in eastern Syria, and will not work with the U.S. military’s chosen partners, the Syrian Democratic Forces and Syrian Arab Coalition. The Gulf States, particularly Saudi Arabia and the United Arab Emirates, are focused on the war in Yemen, rapidly emerging as the preeminent arena for Saudi-Iranian proxy conflict in the region, which shows scant signs of deescalating. Jordan has expeditionary capability and has worked in partnership with the U.S. military to train local, anti-ISIS Sunni forces in Iraq and Syria, but an indefinite military presence in eastern Syria would stretch the Jordanian military at a time when the Hashemite Kingdom is seeking to focus on border and internal security operations. Iraq would seemingly be an ideal partner in eastern Syria; however, the Iraqi Security Forces are being rebuilt, and will be stretched thin to maintain stability in post-ISIS areas of western Iraq. The political reach of Iran in the ISF, and the strong IRGC influence over the Iraqi security forces, also would make Iraqi forces as unappealing U.S. partner for the local population in Syria.

All of these partner force limitations likely mean that the Trump administration will not have a ready-made Middle Eastern intervention force lined up for the day after ISIS in eastern Syria, and will need to go it alone with the Syrian partners it has on hand. The Trump team could always choose to hand over areas conquered from ISIS to the al-Assad government, likely via an agreement with Russia, but this decision would be unpopular with key U.S. regional partners. It is also unlikely that these areas of eastern Syria, which have generally been independent of al-Assad’s government since 2012, would be easily stabilized by an occupation force that would be composed of IRGC-mobilized and Shia militias. Such a stabilization effort risks ISIS reemergence, and the cost of that effort would be borne by Russia and Iran, not the United States.

If the Trump team is prepared to move rapidly forward with the campaign to defeat ISIS, and is willing to assume the cost of stabilizing former ISIS areas of eastern Syria, it should clearly communicate to the American people that this is a mission with an indefinite timeline. The most likely scenario would be a garrisoned U.S. military presence, up to a few thousands soldiers, in strategic areas of eastern Syria supporting the Syrian Democratic Forces and the Syrian Arab Coalition, which would in turn backup a “third force” of local military councils composed of tribal militias that were previously subordinate to ISIS. Above all else, the Trump administration should seek to parlay an investment in an American military mandate in eastern Syria into leverage that gives the United States, as a key foreign stakeholder in Syria, a process that leads to a broader political framework to end the civil war.

Nicholas A. Heras is a Bacevich Fellow at the Center for a New American Security.