Will Trump’s Syria Moves Push Republicans to Back Impeachment? 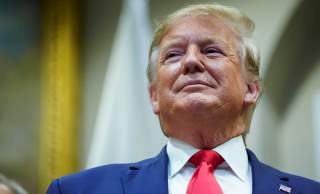 The sudden news that President Donald Trump ordered U.S. soldiers out of northern Syria, giving a green light to a future Turkish incursion into Kurdish areas of Syria, temporarily abated talk of impeachment in Washington, DC. But now, it seems Republicans are looking at the Syria move, too, as a strike against the Trump presidency.

“A precipitous withdrawal of U.S. forces from Syria would only benefit Russia, Iran, and the Assad regime. And it would increase the risk that ISIS and other terrorist groups regroup,” said Senate Majority Leader Mitch McConnell (R-KY) in a statement. McConnell is the primary person who would stop a Republican slide to removal in the Senate after impeachment, and he has not been afraid to voice major complaints with Trump’s foreign policy.

Likewise, for Sen. Lindsey Graham (R-SC), who has defended Trump since the specter of impeachment was raised last month. “No matter what President Trump is saying about his decision, it is EXACTLY what President Obama did in Iraq with even more disastrous consequences for our national security,” Graham tweeted yesterday.

Will his unorthodox foreign-policy movements be the nail in the coffin that convinces leading senators that they’d prefer a Republican Party without Donald Trump than with him?

In the meantime, House Democrats have attempted to move forward with their scheduled hearings. U.S. Ambassador to the European Union Gordon Sondland was supposed to testify this morning, but hours prior to the deposition his appearance was blocked by the White House.

“I would love to send Ambassador Sondland, a really good man and great American, to testify, but unfortunately he would be testifying before a totally compromised kangaroo court, where Republican’s rights have been taken away, and true facts are not allowed out for the public to see,” Trump tweeted this morning.

Rep. Adam Schiff (D-CA), chairman of the House Intelligence Community, which has taken the lead on impeachment, said today that Sondland has a personal device that contains texts and emails relevant to the administration’s actions with Ukraine.

“Hasn’t Adam Schiff been fully discredited by now? Do we have to continue listening to his lies?” Trump tweeted this afternoon.

Some messages sent by Sondland have already been released to the public. In a text conversation with William Taylor, the charge d’affaires at the U.S. embassy in Kiev, Taylor asked Sondland, “Are we now saying that security assistance and [White House] meeting are conditioned on investigations?” Sondland responded, “Call me,” leaving no paper trail of what was discussed.

The accusation that investigating the business dealings of the Biden family in Ukraine was a quid pro quo for U.S. military aid, and that this constitutes an abuse of power, is at the heart of the Democrat’s case for impeachment.

While Democrats are having problems obtaining witnesses, Graham believes it’s time for Senate Republicans to pick up the slack. “Given the House of Representatives behavior, it is time for the Senate to inquire about corruption and other improprieties involving Ukraine. Therefore I will offer to Mr. Giuliani the opportunity to come before the Senate Judiciary Committee to inform the committee of his concerns,” Graham, who chairs the Senate Judiciary Committee, said in a tweet.

Rudy Giuliani, the former mayor of New York City and Trump’s personal attorney, has been at the heart of the impeachment inquiry. Giuliani, who serves no official role in government, was the point man regarding President Trump’s request for an investigation. He has previously refused to testify before the House.