Will Trump and the GOP Establishment Strike Back in New Hampshire? 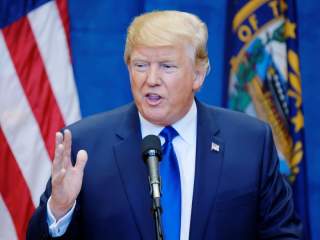 Like Boston Red Sox fans once suffered under the Curse of the Bambino, conservatives have not had much luck winning the Republican presidential nomination since Ronald Reagan left office twenty-seven years ago. That’s why when Ted Cruz won Iowa, he announced he was getting the 1980s band known as the Reagan coalition back together.

In fact, Iowa is an almost unqualified success for beleaguered movement conservatism. Not only did Cruz finish first but Marco Rubio was a strong third, nipping on Donald Trump’s heels. Both freshman senators have stellar ratings from groups like Heritage Action and the American Conservative Union.

The Republican establishment represented by Jeb Bush, Chris Christie and John Kasich is at an unusual disadvantage. Their best bet to win the nomination may well be Rubio, a conservative who they opposed in the 2010 Florida Senate race and who Tea Party groups supported.

Trump, not Jeb, may well be the biggest threat to movement conservatism inside the GOP this time. While he did reasonably well with evangelicals in Iowa—one must, as they were 62 percent of caucus-goers this year, a higher percentage than when Rick Santorum won four years ago—his voters are generally more secular, less college-educated and downscale compared to your average Republican.

Essentially, Trump has recreated Ross Perot’s constituency plus a little bit of Pat Buchanan’s inside the Republican Party. While Trump isn’t a systematic political thinker, to the extent he does have an ideology it isn’t the libertarian-traditionalist fusionism of postwar modern American conservatism. It is instead a fusion of pre-Reagan Nixonian Republicanism with the kind of nationalist and populist sentiments that dominate right-wing politics outside the United States.

Vaguely pro-business but not consistently pro-free market, culturally conservative but not authentically Christian right (however willing he might be to try to play the part), less interested in limiting government than using its power to advance the interests of his constituents at the expense of liberal and corporate elites, Trump is in some real sense right-wing yet owes less to Reaganite conservatism than any Republican nominee since at least Gerald Ford.

Trump is a suboptimal leader for any intellectual movement, to put it mildly, and this kind of politics can easily bleed into racism or other morally problematic forms of collectivism absent responsible leadership. But movement conservatism does face some challenges that his success prior to Iowa illustrated.

First, there is a large number of people voting Republican and self-identifying as conservative who don’t much identity with the ideological goals of the mainstream conservative movement. Either they oppose abortion and dislike the secularization of American mass culture but don’t care about tax cuts and entitlement reform, or they are Perot-like budget-balancers who find the religious right as off-putting as the multicultural left.

Complaints that Trump wasn’t a real conservative may ultimately have carried the day for Cruz, but they didn’t sway many of the reality TV star’s supporters. The people Pat Buchanan said “don’t read Adam Smith or Edmund Burke” but are nevertheless “conservatives of the heart” aren’t real conservatives by these standards either.

Second, movement conservatism doesn’t advance the near-term economic interests of some of the people who identify with it. Middle-aged workers who have lost their jobs at factories or as middle managers in downsizing corporations may not be encouraged by the idea that they can drive Ubers or rent out rooms in their homes via Airbnb.

Third, since Reagan left office Republicans haven’t accomplished much for the people who do care about the ideological goals of the mainstream conservative movement. The federal government hasn’t gotten smaller, Roe v. Wade hasn’t been overturned, liberal innovations from Obamacare to same-sex marriage feel permanent after only a couple of years. Some of these changes cannot be achieved simply by giving Republicans control of Congress, but a growing number of people on the right don’t think the GOP wants to do anything about conservative concerns.

Finally, the issues that divide conservatives have become as important to some as the classic left-right issues that unite conservatives. These disagreements include but are not limited to immigration, trade, foreign policy and civil liberties during the war on terror.

Rubio seems to wish away most of these differences while Cruz at least wants to keep people on all sides of these issues inside the broader conservative coalition.

How the conservative movement deals with these challenges will go a long way toward deciding whether this is the year we reverse the curse or the primaries end in another disappointment.

Iowa was a first step, but both Trump and the GOP establishment will attempt to strike back in New Hampshire.