Will We Ever Leave Afghanistan? 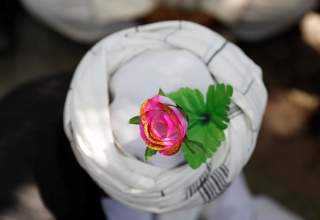 Earlier this month, the Taliban launched a series of attacks throughout Ghazni province in Afghanistan, not far from the capital, Kabul. They attacked at will, wiping out hundreds of Afghan commandos and reducing the city of Ghazni to rubble, before they were beat back by Afghan reinforcements and U.S. airstrikes. Yet, the battle demonstrated the Taliban’s increasing ability to plan and execute major offensives around the country—a trend that shows no sign of abating soon. If this is demonstrative of the capacities of the Afghan army, which cannot win battles on its own even after receiving billions of U.S. taxpayer dollars over the course of seventeen years, then continued U.S. assistance and training is unlikely to achieve anything more.

The war in Afghanistan has already cost taxpayers more than $1 trillion, with precious little to show. It would be a forlorn hope that somehow more money would make the Afghan government more effective and its security forces perform better because the Afghan forces lack morale: everyone knows that the United States may one day leave, but the Taliban are there to stay.

The battle for Ghazni drives home yet again an important point for U.S. policymakers: the Taliban cannot be defeated by any conceivable amount of U.S. military power. The only lasting solution to the war in Afghanistan is political, and the Taliban simply cannot be ignored as important political players.

There is neither the political or economic will—nor the national security necessity—to commit the hundreds of thousands of U.S. troops needed over several years to achieve military victory in Afghanistan.This would involve a total war that would mercilessly kill all the Taliban without any regard to civilian losses. But this would be more morally unacceptable in Washington, and strategically counterproductive, as it would make the Afghan population virulently anti-American for decades and radicalize a whole new generation of terrorists.

And as long as the Taliban find sanctuary and support in neighboring Pakistan, victory would not be worth the costs that we would have to pay to achieve it: trillions of dollars, and an open-ended war that would last until the Afghan state becomes capable of handling its own national security, while also dealing with Pakistan’s machinations. Pakistan’s nuclear arsenal, large military, and economic ties with China make it increasingly difficult for the U.S. to exercise pressure or leverage there.

It is time for our troops to come home, so that we can direct our resources toward countering our long-term strategic competitors: Russia and China. Our main enemies—Osama bin Laden and Mullah Muhammad Omar—are dead, and Al Qaeda’s core organization has been disrupted. The United States has won all it can in Afghanistan—expending additional resources for no benefit to U.S. security or prosperity is unjustified, especially when more priorities with infinitely more strategic importance loom. Direct negotiations with the Taliban in Qatar have been ongoing since July and provide a mechanism by which we can consolidate some of our political gains and bring the Taliban into the political process, and so should be encouraged, especially if the alternative is another “fall of Saigon.”

The Taliban are also sworn enemies of ISIS and would deny that group a foothold in South Asia. Most important, a U.S. drawdown would end any rationale for cooperation between the Taliban and Iran and Russia, who have traditionally fought against the Taliban. It would be significantly in America’s interests for the Taliban to fight Iran, Russia and their proxies and allies in Afghanistan: those U.S. competitors would inherent much of the same mess that we would be exiting from.

It is also important to note that the investment, infrastructure and development that could improve Afghanistan and assist it on the path to becoming a functioning state cannot exist without stability and security. For this, the cooperation of the Taliban is necessary, in addition to Afghanistan’s myriad warlords. Only then can the rule of law and economic growth can begin to take root. Greater stability and political talks with the Taliban mean that American companies would be able to compete with Chinese companies for big projects including pipeline and mining deals.

Dealing with our adversaries only lasts so long as we are engaged in a long, purposeless war that we would have been better off ending. Upon doing so, we may discover that those adversaries are in fact more interested in countering the plans of our long-term strategic competitors, such as Russia and Iran. Leaving Afghanistan would thus align with our national security interests.

Instead of throwing away U.S. taxpayers’ money and eroding our military capability with nation-building and policing—rather than training for potential conflict with major powers—our departure could instead lay the groundwork for investment and even strategic cooperation in Afghanistan in the long run.

Akhilesh “Akhi“ Pillalamarri is a fellow at Defense Priorities. An international relations analyst, editor, and writer, he studied international security at Georgetown University. Find him on Twitter @akhipill.

Image: An artificial flower is seen on a turban of a peace marcher as he arrives in Kabul, Afghanistan June 18, 2018. REUTERS/Mohammad Ismail