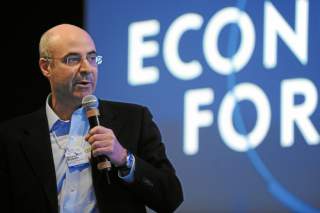 On June 16th, 2016, Rachel Bauman wrote an article in the National Interest entitled, “What Really Killed Sergei Magnitsky,” in which she makes a number of unchecked allegations against me and the late Sergei Magnitsky.  She wrote this article without making a single attempt to contact me or any member of my team.  Had she done so, we would have provided her with factual evidence that destroyed every point she made in her story.

The crux of her article is that the Magnitsky Act, a 2012 law which sanctions Russian human rights violators, was passed on the basis of a story about Sergei Magnitsky that is not true.  She suggests that I lied to the US government, and that a Russian filmmaker named Andrei Nekrasov was able to singlehandedly uncover these lies and expose them in his recent film.  Since Ms. Bauman didn’t bother to check any of the facts herself when she wrote this story, I’d like to provide some of these facts now.

Her first point is that Sergei Magnitsky, the person to whom the US sanctions legislation refers, was not tortured as is stated in the law.  She confidently refers to the Russian Presidential Human Rights Council report, claiming it states that Sergei Magnitsky died of acute heart failure, rather than injuries.  Had she actually read the report, she would have found that on page 2 it states, “Magnitsky was completely deprived of medical care before his death.  In addition, there is reasonable suspicion to believe that the death was triggered by beating Magnitsky: later his relatives recorded smashed knuckles and bruises on his body.”  This document can easily be found at the following link: http://russian-untouchables.com/eng/civil-right-council/.  It is surprising that she would have made such an erroneous statement without checking the facts.

Ms. Bauman then suggests that Magnitsky was not a whistleblower and never made any accusations against the police, quoting Moscow Police Officer Pavel Karpov, who was intimately involved in persecuting Magnitsky and is on the US and European Magnitsky sanctions lists for his role in the case.  Ms. Bauman quotes Karpov, saying there was “no sign of Magnitsky exposing [the police officers]”. However, if she had read Magnitsky’s testimony herself (which are easily available on the internet), she would have seen that Magnitsky clearly outlines the role of Pavel Karpov and another officer, Artem Kuznetsov, in the crime, implicitly and explicitly accusing them of complicity in the fraud.  In Sergei Magnitsky’s testimony of June 5th, 2008, he named Karpov 13 times and Kuznetsov 14 times.

Furthermore, had Ms. Bauman read any of these documents she would have realized that Sergei Magnitsky’s testimony of June 5th, 2008 was given in his capacity as a witness in the criminal investigation into the fraud against my companies.  Ms. Bauman’s claim that Sergei was a witness in an investigation against me is untrue, and is easily refutable upon a brief inspection of the documents.

Ms. Bauman goes on to claim that Sergei Magnitsky and I were responsible for the theft of our companies, which were in fact re-registered into the name of a convicted criminal using the original company documents which had been unlawfully seized from our offices by Karpov and Kuznetsov.  She states that Russian law does not require original company registration documents in order to re-register companies.  Not only is this factually incorrect (Article 9 of the Federal Law On the State Registration of Legal Entities states that an application to register companies must be notarized, and that notarization requires original statutory documents), but it is also an absurd claim – if original documents were not required to re-register the companies, then anyone could steal the likes of Gazprom, Rosneft, or any Russian company in the blink of an eye.

Ms. Bauman finally makes the point that no one in the US State Department conducted an investigation into the Magnitsky case, and that the Magnitsky Act was passed entirely on the basis of my story.  To suggest that I alone was able to dupe the US government, as well as the numerous other governments and international bodies who have legislated on this case, is complete nonsense.

So as not to bore the reader I have elected to point out only a few of the numerous inaccuracies in Ms. Bauman’s article, which fully discredit this piece of “journalism.” There are so many factual errors in this article that one has to wonder whether they are a result of incompetence or malice - the article reads more like an analogy to the Kremlin controlled station, “Russia Today,” than something I would expect of a Western news outlet.  A responsible journalist has a duty to get to the truth, to verify their sources and portray the facts accurately.  By recklessly disseminating the lies that the Kremlin is trying to spread around Washington, Ms. Bauman has failed in this duty.