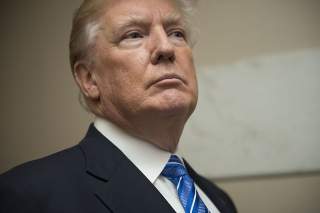 George F. Will is manifestly irritated by Donald Trump. Today, in a column in the Washington Post, Will amplifies upon his disdain for Trump and his supporters by declaring that the solution to conservatism’s woes is to produce another William F. Buckley, Jr.

According to Will, Buckley’s great accomplishment was to infuse “conservatism with brio, bringing elegance to its advocacy and altering the nation’s trajectory while having a grand time.” Not so grand a time, by contrast, is being furnished by today’s conservatism, which is “soiled by primitives whose irritable gestures lack mental ingredients.” But just how much of a distinction is there between the conservative age Will cherishes and Trumpism?

The notion that ruffians have suddenly invaded the sanctum sanctorum of conservatism is wholly unpersuasive. Buckley made his name in the 1950s by defending Sen. Joseph McCarthy and denouncing liberal elites. Together with his brother-in-law L. Brent Bozell, Buckley wrote a tawdry little book called McCarthy and His Enemies. The New York Times described this exercise in anti-anti-McCarthyism in 1954 as follows: “We have a bald, dedicated apologia for ‘McCarthyism’ made far more adroitly than Senator McCarthy himself could make it, that may well serve to clarify this issue. For the authors, enemies of the enemies of Mr. McCarthy, may have, ironically, done the Senator a disservice. McCarthyism is now on the record for all to see. They have ‘frozen’ McCarthyism on their pages, which is an event that the instinctively fast-moving Senator may one day regret.”

Buckley’s enthusiasm for McCarthy was no brief flirtation. If anything, it amounted to an embarrassing lifelong obsession. Thus, in 1997, Buckley, in reviewing in First Things Sam Tanenhaus’s definitive biography of Chambers, harrumphed that “I am obliged to record that Tanenhaus’ dislike and distrust of Senator McCarthy take him to what I deem unnecessary lengths. Professor Owen Lattimore’s name was first mentioned, in context of the exploration of pro-Communist influences, by McCarthy. But it was Senator McCarran’s committee that effectively exposed him as the influential and perjurious pro-Communist he clearly was.” But who exactly “obliged” Buckley to record this? His housekeeper?

Nor was Buckley the only cheerleader for McCarthy. At the time, a chorus of Republicans, including William E. Jenner and William F. Knowland, supported McCarthy. In 1954, Richard M. Nixon was deputed by Dwight D. Eisenhower to attack McCarthy publicly, which he did somewhat elliptically on national television by talking about shooting rats directly rather than firing wildly. Since then, various outré efforts have been made at rehabilitating the old boy, including Arthur Herman’s meretricious biography in 1999, not to mention Ann Coulter’s paeans to his red-hunting skills.

Yet for Will, it is, of all people, Whittaker Chambers who is the culprit for everything that he believes has gone wrong with conservatism. Will asserts that Chambers, who outed Alger Hiss in 1948 as a Soviet agent, at considerable personal emotional cost, “injected conservatism with a sour, whiney, complaining, crybaby populism” in the form of his lengthy testimonial Witness. If so, this would have come as a considerable surprise to one of Will’s own heroes, Ronald Reagan. Chambers’s account of his dramatic break with Soviet communism and the ostracism that he incurred made it a formative text for many conservatives. According to Reagan biographer Paul Kengor, “Whittaker Chambers’s Witness was, to Reagan, a mesmerizing source of information and affirmation. All of those interviewed for my book talk of how Reagan could recite passages from Witness verbatim. This is evident in speeches throughout his public life. There are copies of Reagan speeches in which he crossed out lines and inserted whole sections from Witness. These verbatim insertions were made from his outstanding memory.”

Anyway, the notion that Chambers was a populist is an utterly fantastic claim. Far from espousing populism, he explicitly warned Buckley against making common cause with the retrograde McCarthy, as anyone who has read Tanenhaus’s biography would know. Writing in the New Republic in 2010, Damon Linker credited Chambers with a decisive role in creating a more modern conservatism than that represented by McCarthy: “Chambers’ brand of conservatism—steadfastly focused on confronting the Soviet Union, and willing to compromise on issues peripherally related to that world-historical struggle—ultimately won the day, helping to transform conservative ideology from an impotent grumbling on the sidelines of American politics into the governing philosophy of an ascendant center-right electoral coalition.”

Nevertheless, the distinctive strains now represented by Trump have never gone away. In many ways, he represents the culmination of modern conservatism rather than an aberration. As Dennis Prager recently noted in National Review, Trump has consistently pursued, or at least catered to, a number of conservative objectives:

Had any Never Trump conservative been told, say in the summer of 2015, that a Republican would win the 2016 election and, within his first few months in office, appoint a conservative to the Supreme Court; begin the process of replacing Obamacare; bomb Russia’s ally Assad after he again used chemical weapons; appoint the most conservative cabinet in modern American history; begin undoing hysteria-based, economy-choking EPA regulations; label the Iranian regime “evil” in front of 50 Muslim heads of state; wear a yarmulke at the Western Wall; appoint a U.N. ambassador who regularly condemns the U.N. for its moral hypocrisy; restore the military budget; and work on lowering corporate tax rates, among other conservative achievements — that Never Trump conservative would have been jumping for joy.

E. J. Dionne in the Washington Post speculates that opponents of Trump on the right may turn into “neo-moderates,” but the question that hovers over writers such as David Frum, who coauthored a book with Richard Perle called An End to Evil, is: what does their moderation really consist of? Many of the Never Trumpers wanted the equivalent of a nosegay to parade in front of their doctrines.

But the rumbustious Trump has dispensed with all that. My own guess is that Buckley, whom I met several times in the early 2000s, would not necessarily have viewed Trump with disapprobation. He was clearly weary of the turn that conservatism had taken under George W. Bush, in particular the Iraq War, which he condemned.

Still, this isn’t stopping a number of conservatives today, who are indulging in nostalgia about Buckley, which is why Will ends his column by quoting Alvin Felzenberg, author of a new biography of Buckley: “His true ideal was governance by a new conservative elite in which he played a prominent role.” And for which, Will, ever the Tory manqué, adds, “he would play the harpsichord.” But the notion that American conservatism is going to consist of a beneficent elite listening to Handel’s harpsichord suites defies reality. When it comes to modern conservatism, Handel with care.