Worried About the U.S. Economy? Here's a Tip: Ignore the 'Impending Recession' Doomsayers 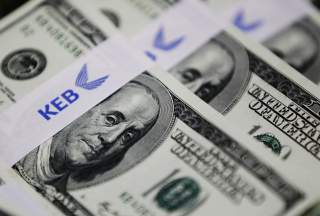 Many economists and central bankers are worried about a recession in the United States, one that they say could occur by 2020—possibly even this year. Most of these prognostications are entirely wrong, but some media outlets thrive on bad news. Since 2008, the prospect of an impending apocalypse has driven coverage of the financial markets and the broader economy, when really the U.S. consumer and business community have exceeded such gloomy expectations. If anything, the U.S. economy is the exception to the rule of global malaise and doom.

“The unemployment rate is near the lowest level since the 1960s, job growth remains robust, and wage growth is in a general accelerating trend,” writes Brian Wesbury, chief economist at FT Advisors. “We're soon entering an election year, so expect to get a heavy dose of politics when you're looking for economic news. Regardless, the facts show the American worker is alive and well.”

One caution to this optimism is the manufacturing sector. “The impacts of Trump's trade war pile up daily but it's increasingly clear it's driven manufacturing—the centerpiece of the president's economic nationalism—into recession,” reports Politico. The most recent numbers from the Institute for Supply Management dipped last month to 49.1 with new industrial orders, export orders and employment all plunging. But the president’s politically motivated trade war with China is only one reason for the mounting gloom.

People tend to fret about a possible recession because medium-term interest rates have taken a nosedive since December to levels below short-term rates like Fed Funds and LIBOR. The ten-year Treasury was at 3.25 percent last Thanksgiving, but is below 1.5 percent today. This “inverted” yield curve has traditionally signaled the onset of an economic slowdown, but this time around it is very different. The inverted yield curve reflects the globalization of capital flows as well as trade and commerce.

First and foremost, the decline in interest rates that began at the end of last year is proof that the Federal Open Market Committee has failed to understand the limitations of monetary policy. The FOMC spent much of 2018 telling investors that interest rates in the United States were moving higher, in fact bond investors did precisely the opposite of what the Fed expected. The result was one of the biggest bond market rallies in the past century and a mounting boom in mortgage refinancing—and very painful prepayments of mortgage bonds held by global investors.

Strong buying demand for U.S. Treasury and Government National Mortgage Association (Ginnie Mae) securities, most notably by foreign central banks, has served to reduce U.S. interest rates by brute force. No amount of talk from FOMC members could offset this huge foreign demand for risk free assets like Treasury bonds and “AAA” Ginnie Mae mortgage securities, especially when economies from Italy to Argentina to China are showing signs of weakness and excessive debt. It is the looming question of public sector debt reduction that no central banker wants to recognize.

The second and most obvious reason behind the demand for U.S. Treasury securities is that many central banks have embraced negative interest rates as a means of encouraging growth. A legacy of the Keynesian view that lower rates encourages credit creation and thereby boosts consumer demand, the low or even negative rate policies of global central banks convinced investors of just the opposite. Instead of putting money into risky investments, they seek quality and liquidity. Thus, again, the prevailing policy narrative at the Fed is out of sync with the reality experienced by investors and consumers alike.

“A cynical view is that the discussion about a new paradigm for monetary policy and the actual implementation of easier policies—including negative interest rates and further quantitative easing—is nothing more than an attempt to weaken the currency, boost export competitiveness and export deflation to trade partners,” notes Marcela Meirelles of TCW. “[I]t is hard to weaken your economy’s currency through monetary policy when everybody else is easing as well. Putting all these obstacles together—the structural global factors weighing on inflation, and the ‘crowded field’ of Central banks in easing mode—it is not surprising that markets exhibit doubt that monetary policy by itself will lead to sustained growth and inflation.”

The political noise from the U.S.-China trade dispute, Brexit in the EU, and the impending tenth foreign default by Argentina—this after the biggest bailout in the history of the International Monetary Fund in 2016—provides a negative backdrop for the global economy. There are plenty of reasons for global investors to seek shelter in the U.S. Treasury market, but the fact is that the U.S. economy is growing steadily.

The divergence between the United States and other nations may trouble many institutional money managers, but it suggests that the conventional wisdom about the economy is wrong once again. With the yield on the ten-year Treasury note trading below 1.5 percent compared to over 3 percent last December, the move in interest rates is certainly breathtaking and causes many business leaders to hesitate when it comes to making new investments. But lower interest rates are causing a sharp rebound in the housing finance sector, which in 2019 looks to have its best year in more than half a decade.

The sad fact is that the extraordinary policy of the FOMC since 2008 had decidedly mixed results for the U.S. economy, skewing the economics of compounded interest in favor of debtors public and private. Negative interest rates are a subsidy for government and a tax on private capital. The interests of savers were subordinated to the Keynesian-socialist faith that passes for policy within the FOMC. But the Fed’s obsessive focus on using interest rates to manage economic growth is badly broken and needs replacement.

Consider the impact of Fed policies on housing finance over the past ten years, where the total amount of financing for home purchases did not grow at all. Since 2008, the equity in American homes has soared by almost $10 trillion to just over $32 trillion, according to the Federal Reserve Board. Of note, credit creation tied to mortgages declined in the 2013–2016 period and then grew at a far lower rate. As with the once trusted connection between employment and inflation, for example, the tie between interest rates and housing credit seems broken.

The good news is that the U.S. economy is growing and far more healthy than other nations around the world. Most importantly, America’s private non-bank financial market is functioning, which is the main difference between the U.S. economy and the rest of the world. The non-bank financial sector is where jobs are created. The challenge, however, is that U.S. businesses and consumers are being buffeted by powerful external forces and unprecedented market volatility. The instability of interest rates and the dollar arise from speculative policies implemented by the FOMC prior to the tenure of Chairman Jerome Powell.

The near collapse of the bond market last December due to excessive FOMC rate hikes marked the turning point in terms of monetary policy and the U.S. economy. The Fed has been chastened by the near-miss in December, when new securities issuance flatlined and high yield bond spreads soared five points over Treasury yields—the classical danger signal that Fed governors once closely followed years ago. Today the economists that populate the FOMC are more concerned with models than markets, creating a potentially dangerous situation for the financial sector.

Look for interest rates in the United States to stay lower for longer, but still in positive territory for the market for corporate bonds and asset backed securities. In fact, the housing sector may finally experience some benefits from lower interest rates and, perhaps, rising lending volumes in a market that has seen prices recover yet it may experience almost no growth in total finance available to support housing. Indeed, it may be that a resurgent housing sector could be the domestic engine that offsets weakness in manufacturing and ultimately helps to keep the U.S. economy out of recession in 2020.

Richard Christopher Whalen is an investment banker and author who lives in New York City. He is the chairman of Whalen Global Advisors LLC and focuses on the financial services, mortgage finance and technology sectors.