Xi Jinping will Give Donald Trump a Victory on Trade 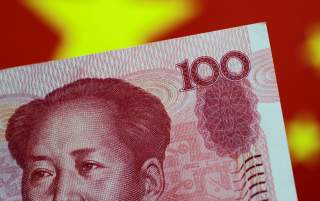 With the conclusion of the first round of negotiations yesterday in Beijing, the way ahead for the United States and China to avoid a full-scale tariff war has become clear. With fifty days remaining before the March 1 end of the truce Trump and Xi announced to prevent U.S. tariffs increasing from 10 to 25 percent on $200 billion of Chinese imports, negotiations are likely to continue until the deadline. But before March 1, Trump will declare “victory” in this phase of the trade war—extending the truce for another six months in which a second phase of negotiations will address even more contentious issues.

My assessment is based on my analysis of the economic and political challenges that Trump and Xi are currently confronting. It is also informed by conversations with key members of Chinese president Xi Jinping’s team during a recent visit to Beijing.

In watching Beijing, it’s more instructive to think of it as a corporation than a government. Each December the CEO and his team set objectives for the year to come. Like the leadership of Apple or Amazon, they assess the “headwinds,” including signs of slowdown in the Chinese economy, projections of flagging global economic growth, and uncertainties about the trade war. On that basis they make decisions about how they are going to deliver the growth they have promised shareholders—in China’s case: 6.5 percent.

In a series of closed-door meetings in December, Xi explained to key members of his team that sustaining current levels of economic growth will require “painful choices” and offered them clues about what those were likely to be. On December 18, celebrating the fortieth anniversary of China’s opening to the world, Xi reminded his 1.4 billion fellow citizens—shareholders—that over those four decades, their Party-led government has delivered economic growth of 10 percent a year.

But his speech also struck an odd note when he declared boldly that “there is no great master who can dictate to the Chinese people.” My response was: say what? But as knowledgeable Chinese colleagues explained, this is how he is framing the deal he knows critics will say concedes too much to the Americans—insisting that as master of its own destiny, China is making these changes for the benefit of China.

The most frequent question Beijing policymakers asked me is whether the current U.S. government can take yes for an answer. In an earlier round of negotiations, Secretary of the Treasury Mnuchin and Chinese vice premier Liu He reached an agreement that would have reduced the bilateral trade imbalance by $70 billion in 2019. Both left the bargaining table thinking they were done. But then other members of the Trump team—specifically Trade Representative Lighthizer and White House Assistant Peter Navarro—scuppered the agreement.

In current negotiations, Lighthizer has the lead. The Chinese have studied his successful negotiation of the new NAFTA mere months ago. They see the differences between the old NAFTA and the new agreement as plus or minus 10 to 15 percent. If all it takes to transform what Trump called the “worst trade deal ever made” into a “great deal” is to allow Trump to make it so, then Xi will be happy to play along. As a Chinese friend noted, China was practicing ritualistic hypocrisy long before Columbus discovered America.

Chinese negotiators have dissected the White House summary of what Trump and Xi agreed to at the G20 meeting when announcing the truce. It promised to shrink the bilateral trade deficit, reduce Chinese non-tariff barriers, provide American companies a larger share in key Chinese markets, and constrain theft and forced transfer of intellectual property. But on the much more difficult issue of industrial policy and the role of the government in the Chinese economy, it was instructively silent.

The Chinese team has also noted Trump’s hypersensitivity to the U.S. stock market, which he seems to regard as a virtual political EKG. With the prospect of a wider trade war rattling American markets, which have since October fallen near bear levels, Chinese leaders know that Trump will be entangled in a life-or-death struggle with the Democratic leadership of the House. They calculate that he will do whatever is required to avoid a sharp fall in U.S. markets that could push the United States into recession—and ensure his defeat in the 2020 election.

Thus, before March 1 expect Trump to declare a “triumph” in a great trade deal that will feature China’s purchase of more than a trillion dollars of additional U.S. products. In addition to purchases of additional U.S. gas, oil, and agricultural produces, expect the agreement to include targets for increases in American companies’ share of banking, insurance, and equity markets. Since American producers account for 6 percent of China’s current gas imports, 3 percent of its oil imports, and 14 percent of its agricultural imports, and Chinese companies control 98 percent of its banking market, 95 percent of the equity business, and 91 percent of insurance, all this should not be that hard. Phase two of the negotiations will then struggle with the more difficult issues of protection of intellectual property and industrial policy.

On the larger geopolitical chessboard, the tariff conflict is relatively small potatoes. The terms on which it is settled, or postponed, will not significantly affect the trajectory of the Thucydidean rivalry between a rising China and a ruling United States. Even if China were to concede on every item on the Trump team’s wish list, China’s economy will likely continue growing at more than twice the rate of the United States. The consequences of an agreement (or postponement) for U.S. markets and the president’s political prospects are another matter.

Yogi Berra cautioned against making predictions—“especially about the future.” Nonetheless, if placing my bet today, I make the odds of a “great deal” as more likely than not.

Graham Allison is the author of nine books, most recently Destined for War: Can America and China Escape Thucydides's Trap?. He is presently the Douglas Dillon Professor of Government at the Harvard Kennedy School.