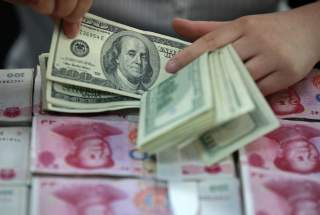 THIS DECEMBER marks the fortieth anniversary of the Communist Party’s historic Third Plenum of the 11th Central Committee—considered the beginning of China’s so-called “reform era.” Reform, as everyone knows, has propelled China to phenomenal heights.

Yet the country has reached its high point. China’s political leadership, led by the willful Xi Jinping, is now repudiating the very reformist policies that accounted for the country’s astonishing rise.

And as China approaches the landmark anniversary, many Chinese are swiftly moving from supreme self-confidence to deep anxiety. Xi may remain sure of the regressive and assertive course he has set, but if so, he is alone.

Not long ago, the Chinese people had every reason to be hopeful. China, most believed, would regain its position atop the international system. Many talked of this era as “The Chinese Century,” and China’s dominance was considered “inevitable,” “inexorable” and “indisputable.”
Xi’s signature motto, “the Chinese Dream” of “the great rejuvenation of the Chinese nation,” was repeated incessantly in official circles, and in Beijing there was only one possible future for the country. In the words of the official Xinhua News Agency last October, “China is set to regain its might and re-ascend to the top of the world.” Hubris was everywhere. As Arthur Waldron of the University of Pennsylvania told me in March, referring to Chinese leaders, “They actually believe they are the strongest country in the history of the world.”

China has always been big, but it has at times, due to miserable governance, been weak. Four decades ago at the Party’s historic Third Plenum, Deng Xiaoping overpowered Maoist stalwarts and won adoption of his plan of gaige kaifang, or “reform and opening up.” That approach unleashed the entrepreneurship, energy and enthusiasm that more than a generation of Maoism had not been able to eliminate. Deng then had to periodically overcome resistance in the Party to economic liberalization, but China’s course was set after his 1992 “Southern Tour”—a trip through Shanghai and cities in Guangdong province and a sign economic reformers had finally won out.

Deng’s immediate successor, Jiang Zemin, was also in the mold of a reformer. Zhu Rongji, Jiang’s hard-nosed premier, forced the breakup of state-owned enterprises and negotiated China’s entry into global commerce with the December 2001 accession to the World Trade Organization. Jiang and Zhu also ensured that China’s new financial markets developed and flourished.
Hu Jintao, Jiang’s successor, presided over a decade of economic growth but little structural change. His rule, beginning in 2002, is now correctly considered a time of missed opportunity. Observers thought Hu’s weak political position hampered reform efforts because, among other reasons, he was not able to overcome the determined opposition of interests that had been able to enrich and entrench themselves in the early years of the reform period.

Optimists rejoiced, therefore, that the Communist Party’s next general secretary, Xi Jinping, promised to be a far stronger leader. The general narrative was that the new supremo would be able to implement change, and many observers declared the Third Plenum of the 18th Central Committee of November 2013 to be another seminal event. At its conclusion, the Party announced structural reforms and, in attention-grabbing language, declared that henceforth the market would play a “decisive role” in the allocation of resources. “Decisive,” according to an official source after the Plenum, meant “other forces can influence and guide resource allocation, but the decider is no other than the market.”

Forget the market. The decider in the era of Xi Jinping has proven to be Xi himself. “The culprit is massive state intervention,” wrote Scott Kennedy of the Washington, D.C.-based Center for Strategic and International Studies last year. Throughout Xi’s tenure, the state has, as is so often said, “advanced” and the market “retreated.” Xi, believing in the primacy of the Party and the power of the state, has forced China back to something Mao would be familiar with.

Xi, for instance, has been busy recombining already large state enterprises back into dominant market players and, in a few cases, formal state monopolies. He has increased state subsidies to favored participants and has tightened already strict capital controls, often enforcing unannounced rules.

Xi has also placed a new emphasis on industrial policy. Most notorious among these is his Made in China 2025 initiative, announced in 2015. CM2025, as it is known in China, aims to make the country nearly self-sufficient in, with the addition of 5G wireless communications, eleven crucial industries, including, aircraft, robotics, electric vehicles, information technology, medical products and semiconductors.

At the same time, Xi has been closing off China’s markets to foreign companies with discriminatory law enforcement actions, state media-promoted boycotts and legislation, like the Cybersecurity Law and National Security Law, designed in part to prejudice non-domestic competitors. Beijing has been blatantly disregarding its obligations under its trade agreements and has continued to take, by theft and by rule, hundreds of billions of dollars of foreign intellectual property each year.

Moreover, Xi dramatically increased state control over the equity markets. In the summer of 2015, controlling shareholders were prohibited from unloading shares, “malicious” sellers were investigated, state institutions and others were required to buy stock and banks were forced to rollover stock loans. These measures have since been relaxed, but there is still more state influence now than when Xi took over in 2012.

Finally, Xi is pushing the partial nationalization of the tech sector by encouraging state enterprises to take stakes in startups. Moreover, he has been inserting Communist Party cells into both private businesses and foreign-owned operations. In China, this era is called “the second period of socialist transformation.”

State-directed economic models like Xi’s can mobilize resources and produce growth in the short term—Stalin and Mao produced superior results after first taking power and Kim Il-sung did so after the Korean War—but no such model has been able to sustain growth. Unfortunately for Xi, he came to power when China’s economic cycle was close to its apparent end. According to the official National Bureau of Statistics, China’s last year-on-year contraction in gross domestic product occurred in 1976, the year Mao died. And economic analysts see only trouble ahead for the country, starting with its unprecedented accumulation of indebtedness. Hu Jintao and his premier, Wen Jiabao, overstimulated the economy through lending to avoid the effects of the 2008 global downturn, and now under Xi the Chinese economy is hooked, unable to grow without large doses of it.

Today, the country is accumulating indebtedness faster than it is growing, “eating itself alive” as Anne Stevenson-Yang of Beijing-based J Capital Research characterized it in comments to me. When the so-called “hidden debt” is taken into account, the country is now incurring maybe one-and-a-half times as much debt as it is producing nominal gross domestic product if the official gdp figures are accurate.

They’re not. Beijing reported 6.8 percent growth for the first half of this year and claimed growth for twelve straight calendar quarters remained in the 6.7–6.9 percent range. Growth, in reality, has been far lower. The country’s figures are not consistent with underlying indicators. For example, Beijing claimed 6.7 percent growth for 2016. The World Bank, however, released a bar chart in the middle of last year showing that in 2016 China’s gross domestic product grew 1.1 percent. The 1.1 percent figure, shocking to many, is close to the single best overall indicator of Chinese economic activity: total primary energy consumption. In 2016, total primary energy consumption, according to official sources, was up, but only by 1.4 percent. In 2017, the economy picked up—energy consumption increased 2.9 percent that year—but gross domestic product could not have increased by the claimed 6.9 percent.

The evident stagnation explains apparent unease in Beijing as officials realize they cannot, unlike earlier periods, outgrow their difficulties. In a startling moment last October, Zhou Xiaochuan, then the head of the country’s central bank, publicly warned about rising debt accumulation when he said the country was approaching its “Minsky Moment”—the point where asset values collapse. He appears to be right. Beijing’s half-hearted attempts at “deleveraging” produced a recent wave of bond and other defaults this year, and Chinese officials, to keep up growth, have now abandoned that effort.

The country’s leaders have some ability to postpone debt crises. Beijing tightly controls borrowers, lenders, markets, courts and just about everything. Yet, despite the central leadership’s firm grip, Xi cannot decree outcomes forever. He can only postpone what economists euphemistically call an “adjustment,” but by delaying it he is only making the inevitable crisis larger. And when the crisis eventually comes, it will overwhelm China. As the widely followed Michael Pettis of Peking University pointed out last December at the Fortune Global Forum in Guangzhou, the difference between China’s situation today and debt crises in other countries is that in those prior crises the imbalances were not as large and debts were not at such high levels. As time progresses, therefore, debts are further outpacing resources and underlying dislocations are becoming larger. Recessions, which the Communist Party does its best to avoid because it is politically insecure, are essential, allowing adjustments to be made while they are still relatively minor.