A Year Later, the Iran Deal Is Alive and Well 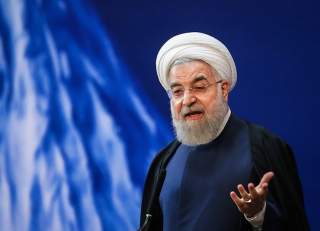 One year ago this week, Iran and the P5+1 (the United States, Russia, Great Britain, France, Germany and China) agreed on the Joint Comprehensive Plan of Action (JCPOA). As we have previously written, the success of this agreement will need to be assessed over a period of years—not months—and will be dependent not only on Iran’s behavior but also on the policies pursued by the other parties to the deal. Still, at the one-year mark, it is important to stand back and evaluate the progress to date. On the most important measure—whether the deal has been effectively implemented—the answer is a resounding yes. However, there are open questions about Iran’s regional behavior that could undercut the agreement, and vigilance will be needed over the long-term to ensure that effective implementation continues.

Implementation of the Nuclear Agreement

On the nuclear front, Iran has exceeded expectations. Most experts and government officials did not believe that Iran would be able to execute its initial nuclear obligations under the JCPOA until the spring or summer of 2016. Instead Iran was able to dismantle two-thirds of its centrifuges and ship out 97 percent of its low enriched uranium (LEU) by January of 2016, taking its overt dash time to a nuclear weapon from a matter of weeks to a full year. Meanwhile, Iran has submitted to an unprecedented inspections and verification regime that makes it extraordinarily difficult for it to pursue a meaningful covert program.

There have certainly been complications. Iran’s continued testing of ballistic missiles has been highly provocative—though restrictions on such testing were not part of the JCPOA. Moreover the threat of a ballistic missile is not nearly as severe without a nuclear warhead, which is why the agreement focused primarily on restraining Iran’s nuclear capacity. There have been numerous concerns of questionable Iranian proliferation behavior, including a recent report from German intelligence agencies stating that Iran was covertly procuring materials for ballistic missiles that in some cases could also have nuclear applications. While these reports are concerning, upon closer examination it appears that this Iranian work was conducted in 2015, before the JCPOA took effect. If there is evidence that this effort continued into 2016, it would raise much more fundamental concerns about the deal.

Ultimately, such complications will continue to arise through the course of the agreement, and the United States and its partners will have to vigilantly oversee implementation. The bottom line is that on core nuclear issues Iran has fulfilled its most important obligations and significantly set back its program.

When it comes to economic relief under the deal, Iran has begun to receive the benefits of the bargain, notwithstanding complaints from Iranian officials that they have received scant reprieve from sanctions and that the United States is dragging its feet on fulfilling its commitments. Dozens of Iranian banking ties have been established with international financial institutions, oil sales have quickly risen to levels seen prior to the imposition of the toughest sanctions several years ago, and European and U.S. business leaders have announced major new deals with Iranian companies. The IMF predicts a robust positive growth rate for Iran this year, and continued progress on economic diversification and inflation.

Iran’s self-imposed economic problems will mean a slow pace of change, quite apart from the restrictions of remaining sanctions, but the trend line is unambiguous. Dissatisfaction voiced in Iran over the slow pace of economic change should be viewed primarily as a political attempt to exact greater sanctions concessions from the West and a result of unrealistic expectations in the aftermath of the agreement. It is also a tactic by which Iranian pragmatists hedge themselves politically with hardliners at home.

While implementation of the nuclear agreement has been largely effective, the same cannot be said of regional dynamics in the aftermath of the nuclear agreement. Iran has continued to pursue problematic policies across the region supporting sectarian Shia militias in Iraq, increasing its support for Bashar al-Assad in Syria, and maintaining its backing of Hezbollah. Though there was always cause for skepticism that there could be significant breakthroughs on these issues following the JCPOA, and the agreement was not designed to address these challenges, it is disappointing to see that little progress has been made in these domains with Iran in the last year.

The reaction to the deal of America’s traditional allies has been mixed. Israeli opposition, which was public and significant in the run-up to, and immediate aftermath of, the agreement, has become much more subdued. Now, the Israeli leadership and security establishment has begun to slowly adapt to the post JCPOA world and largely shifted focus to other issues in the U.S.-Israel relationship.

By contrast, Saudi-Iranian competition has escalated. The Saudis are feeling increasingly insecure following the nuclear accord, and are questioning the commitment of the United States to their security. They fear that the JCPOA is the beginning of a U.S. pivot to Persia and have responded by pursuing a more aggressive and independent foreign policy. This is most notable in Yemen, where Saudi Arabia and its GCC partners have now been involved in operations for more than a year. Additionally, the Saudi execution of Shia cleric Nimr al-Nimr was an act highly provocative to Iran. Iran’s overreaction and sacking of the Saudi embassy in Tehran led to a break in diplomatic relations between the countries, which has escalated their conflict.

For the United States the challenge of Saudi-Iranian conflict is significant, as Washington’s leaders must find a way to reassure Saudi Arabia of its long-term commitment and show a willingness to push back on Iranian behavior that it finds objectionable in order to inspire more moderated Saudi behavior. But at the same time, the United States must avoid going too far and taking provocative actions towards Iran that would undermine the JCPOA or escalate conflicts in the region.

Where to Go From Here

Looking forward, the central question for the United States is tied to how to proceed with Iran policy both within and outside the scope of the nuclear deal. First and most important should be continued vigorous implementation of the nuclear agreement. This November, the American people will elect a new president. Managing the handoff of deal implementation and oversight to the next administration will be crucial. The United States has a history of poor transitions on key foreign policy challenges, whether it was the Agreed Framework with North Korea in 2000 or the handoff of Iraq policy between Presidents Bush and Obama. Implementing the JCPOA will have to remain a high priority for the next administration, and when major challenges do arise, the key officials monitoring implementation will need to be able to quickly access the highest levels of the U.S. government.

Second, the United States will also have to pursue a policy focused on Iran’s regional behavior that includes both pressure and engagement, similar to the approach that Presidents Bush and Obama used to foster the nuclear agreement in the first place. On the pressure side, there are more steps that the United States can take together with Gulf partners and Israel to counter Iran’s support for surrogates and proxies across the Middle East. The United States can use low-end military and intelligence actions to signal to both Iran and its partners that it will escalate its engagement in pushing back against these activities.

Yet even as the United States pursues this approach, it should also leave open channels of communication with Iran and build on the nuclear deal to find areas of common interest. In the last year we have seen the benefits of deeper communication channels between Iran and the United States, which led to the release of a number of American citizens held in Iranian jails. And when an American ship inadvertently ventured into Iranian territorial waters in January and its sailors were picked up by the Islamic Revolutionary Guard Corps navy, the channels established between Secretary Kerry and Foreign Minister Zarif were quickly activated to resolve what could have been a major crisis. Simply keeping the communication channels open and finding ways to expand and institutionalize them is critical, as being able to talk to an adversary is always preferable than the danger of misperception and unnecessary, rapid escalation in a crisis.

Finally, the United States should continue to look for ways to leverage the JCPOA to strengthen the international nonproliferation regime. For example, it should seek to take elements of the inspections and verification requirements that were part of the JCPOA and apply them more broadly in other cases across the globe. This will not only strengthen global nonproliferation norms, but will also increase the likelihood that Iran will continue to comply with the JCPOA as it will view the requirements as more universal than exceptional.

Ultimately, the first year of the JCPOA has been largely successful in achieving American nonproliferation objectives. But it has not surmounted thirty-five years of conflict and distrust between Iran and the United States on more profound disagreements surrounding the Iranian and American roles in the Middle East. The long-term success of the deal will continue to depend on the policies all sides pursue in the years ahead.