Yelp Wants to Become the Racism Police. It's a Mistake. 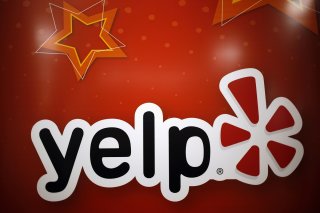 As restaurants and other small businesses struggle to survive 2020, Yelp has announced its latest effort to help: starting this month, the popular platform will police them for racism.

Yelp plans to add a “Public Information Alert” to business profiles if someone associated with the business is accused—or the target—of racist behavior. Businesses that gain “public attention for reports of racist conduct” will, we are told, receive a “Business Accused of Racist Behavior Alert” on their Yelp profile, “along with a link to a news article” where Yelpers can learn more about the incident.

Never have Victorian strictures about media attention seemed more modern: a respectable business should only appear in newsprint at birth, merger, and closing. Anything else is risky and suspect.

Such labeling is unlikely to hurt the big businesses and global chains that can afford crisis communications experts and social media managers. Will McDonald’s — currently embroiled in a lawsuit with former franchise owners alleging racial discrimination — get slapped with an alert? Unlikely.

Labels will, however, injure the small business owner who depends on digital platforms for exposure. It will hit the entrepreneur. A few seconds of unfortunate—and often slanted—Twitter footage is often sufficient to generate an article in a regional or local paper. Yelp is sure to counter that they will merely highlight news coverage, and that they are generating none of it – but this conveniently ignores the platform’s power to determine what coverage gets highlighted, when, and how.

Having followed the restaurant world closely for years, my own impression is that are few players in that space as maddening as Yelp. Reading between the lines of Yelp reviews is an art form, with many users treating the platform as a creative writing outlet; others leave angry, one-star reviews when they are unable to procure a reservation. What’s more, Yelp itself endlessly tweaks its algorithms and has become notorious for bullying businesses in order to generate revenue. After a business in Sacramento flagged a racially abusive review, Yelp instructed the owners — a mixed-race couple — that they could pay to expedite its removal (Yelp did eventually remove the review). It is extremely difficult for business owners to push back. In 2014, the Ninth Circuit Court ruled that Yelp could legitimately threaten businesses with “economic harm” if they refused to advertise — it is simply “hard bargaining.” So Yelp is now to be our racial moral guide as well?

In fact, few actions available to a social media platform could be better calibrated to drive another wedge between elites and large swathes of working-class America: this policy anoints corporate managers — with few qualifications beyond the generational acquisition of college degrees — with the power to brand a business (with which they have otherwise no contact) as a moral failure.

In a country struggling with populism, this kind of posturing is tinder to kindling. And this is the tack populism could easily take: a small business will be targeted on scant grounds, news coverage will trigger Yelp action, and disaffected folks — channeling legitimate anger at the outsized power exercised by Silicon Valley and other neoliberal elites — will rally around. The rallying cry that emerges could easily be: if this is what the elites call racism, then fine...we’re racists and we specifically support businesses with this Yelp warning. It will be ugly and crude and further drive racial division. And then the underlying problems that have driven American populism since the mid-2000s and which impact the working class of all races and ethnicities — global labor arbitrage, financial corruption, failing public services — will be all the more easily sidestepped by the polite and well-educated.

Populism has always been framed for bigotry; moral policing by elites will only drive the ongoing backlash that reinforces that narrative. With the crowd driven ever more directly into the frame of racism, populism becomes even easier to dismiss wholly as something nasty and irrational. Yes, populism is messy, unfocused, and easy to hate. It breaks things in its rage, and offers little in the way of progress and improvement. But its underlying grievances are no less real for these failings.

The new Yelp policy is clumsy but uneventful in and of itself — just another corporate attempt to drive revenue, and another social media tool ripe for abuse. In a calmer world, it should be largely insignificant what an anonymous office drone thinks of you. But given America’s current preference for culture war as an impoverished proxy for a real discussion about failings in national governance, the Yelp profile is poised to be a hot new battleground. What will you say when your breathless account of a trendy dinner out is interrupted by the news that the restaurant has a “Business Accused of Racist Behavior Alert” on their Yelp profile?

Jean Schindler is a Washington, DC, based writer.