The Zaporizhzhia Nuclear Plant Is Kindling for World War III 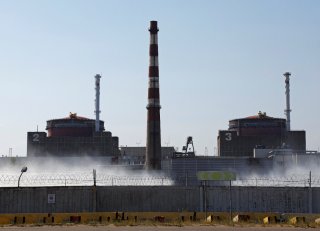 As the International Atomic Energy Agency (IAEA) readies itself to visit the Zaporizhzhia nuclear plant in Ukraine, Western officials are sighing a sigh of relief. However, there is a worry they have yet to consider—how civilian nuclear plants in war zones are becoming radiological bombs that could ignite World War III.

Seem shrill? Late last week, the chairman of the Select Committee on Defense in the British House of Commons warned that “any deliberate damage causing potential radiation leak to a Ukrainian nuclear reactor would be a breach of NATO’s Article 5.” Article V of the NATO treaty requires all signatories to come to the defense of any alliance members that suffer an armed attack.

How imminent might a radiological release be? Late Thursday, all external power to the Zaporizhzhia nuclear plant was cut off. The only source of electricity was the plant’s emergency diesel generators, which had no more than five days of fuel to power the plant’s essential safety and fuel-cooling electric water pumps. Had those generators run short of fuel (which could be exacerbated by Russian pilfering) and the one remaining power line not been reconnected, a loss of coolant accident (think Fukushima) could have ensued in eighty minutes.

Ukrainian authorities understand this. That’s why last week they distributed iodine tablets to Ukrainians to reduce thyroid cancers if the Zaporizhzhia plant should blow. Romania, a NATO nation, also grasps this: Earlier in the month, its health minister encouraged Romanians to pick up free iodine pills at their local pharmacies. Last week, Romania’s neighbor, Moldova, imported one million tablets for its own population.

What these states appreciate is not only that accidents are possible in war, but that Russian president Vladimir Putin might intentionally assault Ukraine’s nuclear plants turning them into “prepositioned nuclear weapons” whose dispersal of radioactivity could force evacuations and frighten Ukraine’s NATO supporters to relent. They also understand that the war’s not over: there are nine other Ukrainian power plants that Putin could attack in western and southern Ukraine.

And what is Washington’s response? It has two big ideas, both nearly seventy years out of date. The first is to get IAEA inspectors to visit. I have supported this if it helps establish that the Zaporizhzhia plant is still Ukraine’s, not Russia’s. But no one should be under any illusions. The IAEA was founded seventy years ago to promote nuclear power and to conduct occasional nuclear audits, not to physically protect plants against military attacks or to demilitarize zones around them. The IAEA can’t provide the Zaporizhzhia plant with any defenses, nor will it risk keeping IAEA staff on-site to serve as defensive tripwires.

The second idea also hails from the Atoms for Peace Program of the early 1950s—build nuclear power plants everywhere, including in Poland, Romania, and, unbelievably, Ukraine. President Joe Biden announced a U.S.-subsidized six-reactor project for Poland three weeks after Russian military forces fired upon and occupied Zaporizhzhia. The State Department then followed in May with details on the construction of an American small modular reactor and of a related U.S. taxpayer-funded nuclear simulator in Romania. Finally, in July, U.S.-headquartered Westinghouse announced a joint agreement with Ukraine’s state-owned nuclear utility to build at least two reactors in Ukraine.

The unspoken assumption here is that Putin will never strike another reactor in Ukraine, Romania, or Poland. Maybe. But after condemning the West for backing Ukraine’s views regarding Zaporizhzhia, former Russian president Dmitry Medvedev recently warned that there were reactors throughout Europe and that similar “incidents are possible there as well.” And it’s not just Europe. South Korea, Japan, and Taiwan also have reactors at risk. Since Russia’s occupation of Zaporizhzhia, each has increased planning and drills against Chinese and North Korean military threats to their nuclear plants.

Washington should pay attention. It should take several steps but two of the most important are dialing in “peaceful” reactors as prepositioned nuclear weapons into its strategic deterrence strategy and rethinking its enthusiasm for exporting reactors even into war zones. The first task requires clarifying when, and, if it ever, it would make sense for U.S. forces to fire on reactors overseas. It also entails determining how our forces might best deter and protect against attacks on friends’ reactors meant to harm or coerce them.

The second task demands examining what can be done physically to protect existing reactors overseas where U.S. troops are or might be deployed. It also requires assessing how prudent constructing new nuclear plants might be in or near likely war zones and where those zones might lie.

We cannot ask the IAEA to do this. It will not. But if we are serious about preventing the worst, including a nuclear-powered Sarajevo, we must.

Henry Sokolski, Executive Director of the Nonproliferation Policy Education Center, served as Deputy for Nonproliferation in the Cheney Pentagon and is author of Underestimated: Our Not So Peaceful Nuclear Future (2019).