RECENT EVENTS in Nigeria, including its presidential elections last April, have produced two narratives on the current state of that oil-rich West African nation with a history of civic turmoil. The first is that events there have unfolded rather favorably since its elected president, Umaru Yar’Adua, fell ill in late 2009 and the country was left leaderless. That raised fears of a military coup, but then Goodluck Jonathan emerged to fill the power vacuum, first as an extraconstitutional “acting president,” then as a constitutional successor after Yar’Adua’s death and finally as the elected executive following the 2011 elections. This optimistic narrative notes that those elections were praised by international observers as better than in the past—and hence they reflected the will of the national majority. An amnesty for militants in the oil-rich Niger Delta, combined with disarmament, training and reintegration, ended a long insurrection there. One serious specter, however, still haunts the country—the expansion of the Islamic “terrorist group” Boko Haram, with its global connections. Hence, Nigeria’s security challenge has become internationalized, and Westerners grappling with Islamist movements need to keep a sharp eye on that situation.

This is the narrative of conventional wisdom embraced by many in President Barack Obama’s administration and in Congress, the business community and the media.

The other narrative is quite different. It posits that, despite a veneer of democratic institutions, Nigeria has suffered from dysfunctional governance for decades. The 2011 elections, according to this view, generated serious violence and polarized the country. Militants in the Niger Delta are regrouping. Boko Haram, hardly an Islamist threat to the world, is an indigenous uprising spawned by persistent alienation in the largely Muslim North, which is stricken with poverty and official corruption. The country’s Middle Belt is beset by ongoing ethnic and religious conflict between Christians and Muslims, with attendant ethnic cleansing. Crime is ubiquitous in the cities and on the highways. The police, a national entity, are underpaid and notoriously corrupt. They prey on ordinary Nigerians at numerous checkpoints set up to address the breakdown in security. And for many, the police are merely the face of a “secular” or “Christian” Abuja regime. Thus they have become targets themselves for groups disaffected with the federal government.

That is the narrative to which the Obama administration and others concerned about Africa should probably pay some heed.

Thus far, the Jonathan administration has been remarkably inept in addressing the challenges it faces. Its military is exercising more authority in areas formerly under civilian purview. The president’s heavy-handed, even brutalizing, security forces are exacerbating Muslim alienation in the North and have failed to control the Middle Belt’s ethnic and religious strife. Concerns of impoverished Niger Delta residents have not been addressed, and there is anecdotal evidence that officials in the upper reaches of the federal and state governments participate actively in oil theft. More and more Nigerians are alienated from a state they regard as inept and corrupt.

Indeed, Nigeria’s fundamental problem is a system of institutionalized corruption that channels public money into the pockets of a few Nigerian “big men.” The result is some of the greatest income inequality and worst social statistics in Africa. And the political class doesn’t manifest any will to reform the system. Politics are intense and often violent because they are suffused with a winner-takes-all mentality. Patron-client networks control politicians and the political system, and those within the networks get access to the few available jobs and social services. Hence, the political economy favors personal relationships over institutions. Not surprisingly, national sentiment is declining in favor of religious and ethnic identity—and animosity.

Despite this bleak picture, there are reasons to consider Nigeria a potentially important U.S. partner in Africa. With more than 160 million people, it is the continent’s most populous nation. It has demonstrated impressive leadership in the Economic Community of West African States and the African Union. Working through those organizations, it helped end wars in Liberia and Sierra Leone. And its decision to supply peacekeepers in war-torn Darfur made Nigeria an invaluable partner in an area where America had only limited leverage. Beyond that, Nigeria consistently has been the fourth- or fifth-largest foreign supplier of oil to the United States, and shipping routes from Port Harcourt and Lagos to refineries in Baltimore or Philadelphia have no Persian Gulf–like choke points. Importantly, Nigeria has often ignored production limits set by OPEC during politically motivated oil shocks tied to developments in the volatile Middle East. And the country’s “Bonny Light crude” is high quality and requires minimal refining.

Beyond economics, cultural and family links between Nigeria and the United States underpin the official relationship. The Nigerian diaspora community in America is economically successful and often vocal in its criticism of the corruption and poor governance in its home country. Two million Nigerians live in the United States, and an additional million have spent time here in recent years. Thus, it isn’t surprising that Nigerian influences can be seen in American culture. Fela Kuti’s “Afrobeat” and other musical styles of Nigerian origin have seeped into American popular music, and popular culture from New York and Los Angeles is ubiquitous in Lagos. Nigeria’s dynamic and confident Christian churches have influenced American Christianity, sometimes controversially. A retired Anglican primate of Nigeria, a bitter critic of the Episcopal Church in the United States over gay issues, encouraged a schism within that church that sharpened differences between American liberal and conservative approaches to Christianity.

Given the prevailing narrative and ongoing ties between the United States and Nigeria, it isn’t surprising that the Obama administration embraced Goodluck Jonathan when he assumed office as the country’s best hope for stability and reform. But managing the U.S. relationship with Nigeria should be based on current Nigerian realities. Otherwise, the Obama administration risks undermining its credibility among Nigerians working for meaningful democratic change. It also risks alienating Africa’s largest Muslim population.

Since the beginning of the year, the country has been roiled by demonstrations against the Jonathan government’s ending of the traditional fuel subsidy for Nigerian consumers. The protests appeared to crystallize widespread Nigerian anger at the country’s current political leadership. It remains to be seen whether these demonstrations will morph into a “Nigerian Spring” or what their impact will be on northern alienation that provides Boko Haram with its oxygen. Events are moving rapidly and pose particularly difficult challenges for administration policy makers.

THE WAY forward for the United States in its relations with Nigeria can become discernible through a review of that country’s recent history. President Yar’Adua was evacuated to Saudi Arabia in November 2009 for treatment of kidney disease and organ dysfunction. His departure left the country leaderless and precipitated a constitutional crisis when he withheld the necessary authorization to install his vice president, Goodluck Jonathan. Amid rumors of a brewing coup, political elites working through the National Assembly installed Jonathan extraconstitutionally as “acting president.” This action prompted Yar’Adua’s midnight return to Nigeria and a subsequent standoff between Jonathan and Yar’Adua’s wife, Turai, who continued to prevent access to the president until he died of complications from a rare autoimmune syndrome. After Yar’Adua’s death, Jonathan became the constitutional president, and the standoff between the Jonathan and Turai camps ended.

Nigeria was ruled by military dictators for nearly thirty years before civilian governance was established in 1999. Since then, under an informal understanding within the ruling People’s Democratic Party (PDP), the country’s presidency has alternated every eight years between Christians, who dominate the southern part of the country, and Muslims, who dominate the North. Under this approach, if the president were a northern Muslim, the vice president would be a southern Christian and vice versa. Often referred to as “zoning,” the arrangement was intended to keep sectarian identity out of presidential politics and promote an elite consensus in favor of a single candidate. Hence, the southern Christian Olusegun Obasanjo held the presidency from 1999 to 2007. He was succeeded by Umaru Yar’Adua, a northern Muslim, who was expected to hold the presidency until 2015.

Perhaps under pressure from members of his Ijaw ethnic group and other southern groups hitherto excluded from the upper reaches of government, Jonathan reversed himself and ran for the presidency in 2011. Employing the power of incumbency, he defeated the northern Muslim Atiku Abubakar for the PDP presidential nomination at the January 2011 party convention, which participants described as an “auction” for delegate support. As a result of Jonathan’s decision to end zoning, the presidential election became a polarizing contest between the incumbent and northern Muslim Muhammadu Buhari.

To secure victory, Jonathan’s political allies spent large sums of money to win the support of incumbent governors who control the election process in many states. In the North, they also co-opted certain traditional Muslim rulers, and the sultan of Sokoto openly supported him. 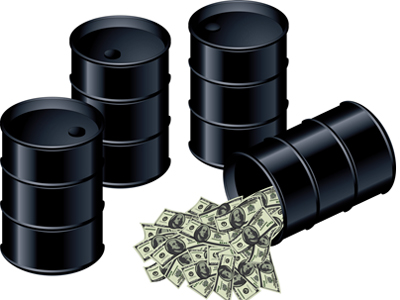 Pullquote: For the first time since the 1967–70 civil war, Nigerians in all parts of the country are questioning whether their country can hold together. It is very much in the U.S. interest that it does.Essay Types: Essay