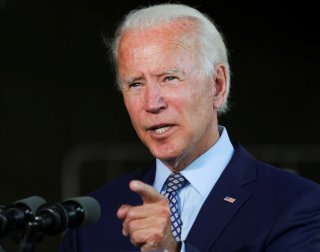 In 2015, the Federal Communications Commission, under President Barack Obama, approved a plan to regulate broadband Internet as a utility, in order to put into place what activists have long described as net neutrality. Net neutrality is the principle that ISPs be required to treat all Internet communications equally.

Now, in the event that former Vice President Joseph Biden is elected president in November, he has indicated that a Biden Administration would once again reverse the FCC’s approach to net neutrality, and return to a version of the Obama-era rules.

That’s according to a document released this week, containing recommendations by what’s known as the Biden-Sanders Unity Task Force. That group, consisting of supporters of both the presumptive Democratic presidential nominee and his primary challenger Senator Bernie Sanders, assembled to hammer out agreement on policy recommendations, and to signal Democratic unity heading into the general election season.

“As millions of Americans have stayed at home to prevent the spread of the pandemic, it is plain to see that in the 21st century, the Internet is not optional: It is a vital tool for participating in the economy, and all Americans need access to high-speed, affordable broadband service,” the document stated.

“Democrats will restore the FCC’s clear authority to take strong enforcement action against broadband providers who violate net neutrality principles through blocking, throttling, paid prioritization, or other measures that create artificial scarcity and raise consumer prices for this vital service.”

Changes in net neutrality rules would not require an act of Congress. The president has the power to appoint the chairman of the FCC, who carries out communications policy, although the FCC chairman must be confirmed by the U.S. Senate. There are five FCC commissioners at any given time, who always consist of two of the current president’s party and two of the opposite party.