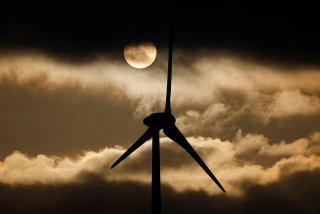 It’s not a good time to be police unions’ favorite Democrat.

Congressional Law Enforcement Caucus Co-Chair Bill Pascrell has represented the suburbs of northern New Jersey since 1997. He has comfortably coasted to victory nearly every year since, only facing a serious primary challenge in 2012 when the borders of his district were redrawn.

But this year, things have changed. Progressive insurgents have knocked out long-time Democratic incumbents in primary elections across the country, including in nearby New York City.

And one of Pascrell’s biggest political assets has become a liability during the ongoing national debate on police brutality. Pascrell’s opponents are hammering him for taking more police union donations than any other lawmaker, but Pascrell also lost the endorsement of New Jersey’s largest police union after voting for a major police reform bill.

Progressive challengers Zina Spezakis and Alp Basaran both see an opening, hoping to unseat Pascrell in Tuesday’s primary election. Spezakis seems to have gained most momentum; the Bernie Sanders campaign spinoff Our Revolution and the environmentalist Sunrise Movement have both thrown their weight behind her.

The National Interest sat down with Spezakis (virtually) to understand her views on foreign policy and national security. Whether or not she wins Tuesday’s primary, Spezakis represents the views of a rising generation of Democrats who see climate change, pandemic preparedness, and civil rights as national security issues on par with terrorism and war.

Below are excerpts from the conversation.

The National Interest has readers all around the country. I know your campaign has tackled some conversation of national importance. I'm wondering if you could just walk my readers through what your victory would mean for Americans outside of the 9th District.

That's a good question. I jumped into this race because I work in clean energy, and I've always been an environmentalist. When I read the UN's IPCC report in the fall of 2018, it really scared me.

I looked at my congressperson to try to figure out what his climate record had been. He's a Democrat but he hadn't done pretty much anything. It's an issue, truly a crisis that's not only going to affect people in my district and around the country, but also around the world.

The way I see it—we have the majority of the technology that we need to drastically start transitioning our society, our economy, our industry, our energy systems to a hundred percent renewable energy, and really start cutting down emissions. But unfortunately we've lacked the political will for a variety of reasons, which we can talk about, not the least of which is campaign funding.

If I wasn't going to now, when was I going to do it? In ten years time, when it was past the point of no return? Quite honestly, Matthew, sometimes it's believed that we may be at the tipping point anyway.

So this next election, to me, was critical. And I think it's critical for a lot of Americans, not only with respect to the climate crisis, which is not something you see every day. It's in the back of people's minds, but the problem with that is that the laws of physics don't wait for anybody. This is happening whether we like it or not.

And the climate crisis is not only an environmental and ecological issue, but frankly it's a justice issue. There's environmental racism everywhere you look.

At this point we're not going to reverse it. We're past that point, unfortunately, but the difference in this election is whether we're going to slow it down enough to give future generations a fighting chance to start reversing it, or do we risk something runaway happening where regardless of what we do, we can't affect it.

That's the choice in this election.

Climate change, actually, is a good segue into what I wanted to talk about, which is national security issues, and how things we don't really think about as national security problems are deeply related to international politics.

What role do you think Congress can play in marshaling an international response to climate change?

This is related to a question I get often: "what would be the first thing that you would do when you get to Congress?"

It's a surprise to many people that I would actually look at our tax code, for the simple reason that there's a lot of archaic code that allows for subsidies to fossil fuels. According to a recent IMF paper I read, I think the U.S. pays out [several hundred billion] in fossil fuel subsidies

The reason I think we have a lot of subsidies still in place, is because there's a lot of oil money, fossil fuel money that gets donated to campaigns. Whether they want to admit it or not, if you're getting millions of dollars from an industry, you're not going to vote against its interests. That's just human nature.

From a congressional perspective, Congress makes these laws. Let's start looking at where these incentives are. Whether they're in loan guarantees, or preferential tax treatment, or whatever, let's start dismantling them now.

The reason they were there was because of national security issues, back in the day. These were put in place decades ago, before we had renewable technologies that would provide alternatives. The reason that they're there is no longer valid, or is quickly losing their validity.

The climate crisis, with respect to national security—I read so much about this and I kind of see what's coming—if anybody else was me, they'd be terrified.

If you think we have an issue with migration right now—and the U.S. military realizes this is going to happen—you're going to have climate migrants all over the world. With respect to our own hemisphere over here…if I was a betting woman, I would bet they head north rather than south.

Yes, we have a very large military, and it can handle a lot of things around the world, but what climate change does to the resources of the U.S. military is that it strains them significantly.

And they know it, so it's unfortunate that our current administration has put its head in the sand with this. Delaying makes it much worse.

Another national security and international relations question with climate change is China, because a lot of people are saying we need to work with them if we need a comprehensive climate solution.

They are the second-largest or largest economy in the world,but we are also clashing with China on a variety of issues: trade, but also human rights and labor rights, intellectual property.

I'm wondering what your approach to Beijing would be.

China's a large actor. We definitely need to cooperate with them in order to make any sort of a dent in emissions. That is the truth. China, for its part, and even some of the European countries, are much more active in decarbonizing their economies than we give them credit for…

I applaud them for their efforts. I condemn them for the way they treat Muslim minorities.

But diplomatically, when you approach—I don't even want to say opponent—when you approach another power, I think we have to approach not only China but also the rest of the world from the perspective of, "what do we have in common?" rather than an adversarial or antagonistic approach to it.

I believe in the diplomatic route. Those things have to be completely exhausted before we do anything else.

We have a lot in common. I would expect any Chinese family would want a clean world for their family. I expect the leadership would want that, too, for the population, in order to avoid unrest.