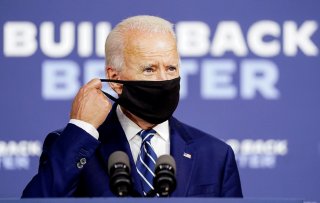 In the crucial, battleground state of Pennsylvania, recent polls indicate a tough road for President Donald Trump — but strong support for fracking that’ll preserve gas industry-related jobs might just grant him a shot at still winning, as Democratic nominee Joe Biden plans to cut all oil and gas drilling on federal property if elected in November.

Pennsylvania general election polls show a considerable lead for Biden, as RealClearPolitics polling data revealed that his lead over Trump hovers from 4 to 9 points for polls conducted in August. FiveThirtyEight also collected polls from the battleground state, with Biden holding a number of leads. Most recently, a poll conducted by Redfield & Wilton Strategies showed Biden with a 7-point lead over the president.

Although Biden has maintained a wide margin over Trump in Pennsylvania, both John Fetterman, the state’s lieutenant governor, and Bill Peduto, Pittsburgh’s mayor — who are Democrats — agree that any ban on fracking, or hydraulic fracturing, could destroy all chances of winning the state’s support.

Fracking is a method of removing natural gas from the ground — a process that involves drilling that injects water, sand and chemicals into the ground, which fractures rocks and releases natural gas.

A complete ban on fracking would create a substantial job loss in the gas industry, according to a report by the US Chamber of Commerce’s Global Energy Institute published in December 2019. The report concluded that a ban in 2021 would produce a loss of 5.9 million jobs in nearly seven states in just four years, with about 600,000 job losses in just Pennsylvania — a key state that a candidate must win in the upcoming election.

“In Pennsylvania, you’re talking hundreds of thousands of related jobs that would be — they would be unemployed overnight,” Fetterman told The New York Times in January. “Pennsylvania is a margin play. And an outright ban on fracking isn’t a margin play.”

Peduto echoed his concerns, particularly noting that a “ban-all-fracking-right-now” position would “absolutely devastate communities throughout the Rust Belt.”

“If a candidate comes into this state and tries to sell that policy, they’re going to have a hard time winning,” Peduto said.

In a Democratic primary debate from last year, Biden noted that there wouldn’t be any place for fracking in a Biden administration, but then followed up his response with “we would work it out.” Since then, then Biden’s campaign team said that he does not want to ban fracking.

In his climate proposal, Biden calls for clean energy and net-zero emissions by 2050, in addition to a ban on all new oil and gas permits on federal property. Biden reiterated this position at a CNN Town Hall in September, saying he does not back a nationwide fracking ban.

Biden’s inconsistent responses on fracking also came up during a debate in March, when former presidential rival Sen. Bernie Sanders (I-Vt.) spoke about his firm beliefs on banning all fracking if he were to become president. Biden agreed with Sanders’s stance, but then followed it up with “no more — no new fracking.”

Biden’s unclear and changing beliefs on fracking could cost him one of the most crucial states come November.

Trump, a supporter of fracking, won Pennsylvania’s Electoral College votes in 2016. As a battleground state, there could be a number of reasons for the win, but it’s likely that his advocacy for fracking and preserving gas industry jobs helped him rally support from voters. During his time in office, Trump opened fields for fracking in California and promised to improve energy sector policies on oil and gas extraction, with the intention of creating new jobs for Americans.

Even though Biden towers over Trump in the polls for the state, the real results are unknown, as Biden wants to partly eliminate fracking — which could ultimately lead to him losing the state in the upcoming election.