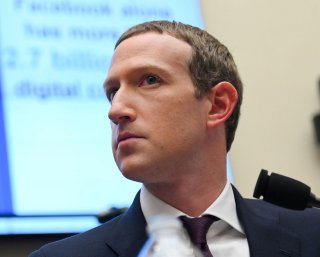 In the latest step in a seemingly never-ending series of controversies related to social media, fact-checking, misinformation, and censorship, Facebook this week has both removed a post by President Trump himself, as well as what it calls a network of “trolls” posting on the president’s behalf.

On Wednesday, per CNN, Facebook took down a post from President Trump’s page, which was a video of an interview the president gave to Fox News. In the video, which was also posted to the “Team Trump” Twitter account and quote-tweeted by Trump himself, the president claims that children are “almost immune” to coronavirus, as part of an argument for schools to reopen this fall.

While children appear, according to most experts, less likely to suffer from coronavirus than adults, it is not accurate to describe them as “almost immune.” So, Facebook removed the post, marking the first time the social media company has done that to a presidential post. Twitter also removed the “Team Trump” post, but did not remove Trump’s post quoting it.

“This video includes false claims that a group of people is immune from COVID-19 which is a violation of our policies around harmful COVID misinformation,” Facebook said in a statement to the media on the matter.

A Trump spokeswoman told CNN that Facebook was showing bias against the president, which was a frequent charge from the Republican side of the aisle last week when Facebook founder and CEO Mark Zuckerberg, along with three other major tech CEOs, testified before Congress.

Meanwhile, the day after the Trump post was removed, Facebook removed what it called a foreign troll farm of bogus accounts claiming to be African-Americans supporting both President Trump and the QAnon conspiracy theory.

The troll farm, NBC News reported, was based in Romania, and operated the “We Love Our President” page on Facebook. It also operated a fake persona by the name of “David Adrian,” which used a profile photo that was not genuine.

Facebook also removed a web of accounts that were described as associated with the media outlet The Epoch Times. The accounts pushed various conspiracy theories associated with recent protests, as well as what Facebook called coronavirus-related health misinformation. An Epoch Times spokesperson denied to NBC News that it is involved with TruthMedia, the company behind those accounts.