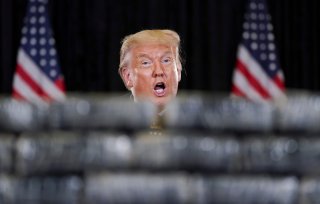 President Donald Trump has more than a three-point lead over Democratic nominee Joe Biden in the crucial, swing state of Florida, according to a poll conducted by the Trafalgar Group released Friday.

The poll showed that Trump has 48.7 percent of support in the state, while Biden remains tightly behind at 45.6 percent. Another 2.2 percent back Libertarian nominee Jo Jorgensen and 2.3 percent of voters in the state remain undecided.

Those that participated in the poll are predominantly White, female, and stood in the age range of 45 to 64. More than 65 percent of participants were White, with only about 18 percent being Hispanic, 14 percent Black, and 2.1 percent Asian.

About 54.4 percent of surveyors were female, and 45.6 percent were men.

In 2016, Trump garnered more support from White voters than former Secretary of State Hillary Clinton, and only received less than 10 percent of black voter support, according to the Pew Research Center.

In the Sunshine State, Biden still leads Trump by less than 2 percent as of September 4, according to RealClearPolitics average polling data. The former vice president’s lead in the state hovered around 4 percent at the beginning of August, an advantage that’s clearly tightened following the political conventions and as election day moves closer.

Florida has been a key battleground state, as it helped Trump earn the White House bid in 2016.

The Trafalgar Group poll surveyed 1,022 participants in Florida from September 1–3 with a margin of error of 2.99 percent.