How an 'Acting President' Nancy Pelosi Could Become a Reality 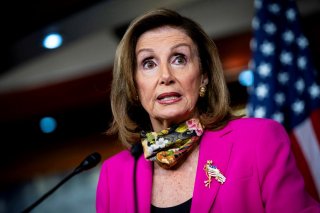 President Donald Trump and First Lady Melania Trump tested positive for the coronavirus after coming into contact with an aide close to the president. The first couple will remain in quarantine for the foreseeable future, as Trump currently has mild symptoms of the virus.

As the deadly disease poses severe risks on the president considering his pre-existing conditions relating to being overweight, as well as his general age, officials and media outlets have speculated what happens if the president gets too sick or ill to govern.

In American history, Section 3 of the 25th Amendment has only been invoked three times since its creation in 1967. Ronald Reagan did this due to a colon surgery and George W. Bush did this twice when he had colonoscopies, forcing the former presidents to hand over power to the vice-president for a few hours as they underwent anesthesia.

The constitution also established a chain for who will be “acting president” if the president and vice-president become incapacitated. Although it’s unlikely, in the event that Vice President Mike Pence grows too incapacitated to fulfill his duties as “acting president,” then House Speaker Nancy Pelosi (D-Calif.) would assume the presidential powers after she withdraws from Congress, according to the Presidential Succession Act of 1947. But the Constitution does not provide instructive protocol for that transfer of power. If Pelosi and Pence disagree on his medical condition, it’s unclear what will happen.

Even if Pelosi assumes power, she probably wouldn’t get all the responsibilities that come with the job, considering White House staff would likely be delegated some power.

After the speaker of the House, comes the most senior U.S. senator. Pence, however, tested negative for the coronavirus Friday morning, so seeing a Pelosi administration is highly unlikely.