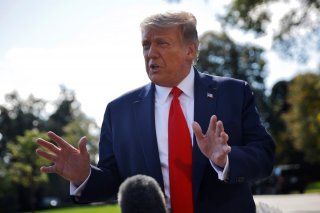 The survey also reported findings from viewers who tuned into the debate, as 53 percent of nationwide, likely voters surveyed said Biden had a better performance than Trump, with 29 percent saying the president performed better.

Sixty percent of viewers from Tuesday night’s debate dubbed Biden’s performance as presidential, with 40 percent describing the president’s as the same. Fifty-seven percent of viewers, however, thought Trump was corrupt, while 43 percent said the same about the former vice-president.

The debate received a whirlwind of coverage, as it was filled with interruptions, insults and mockery that left the moderator unable to control the arguments between the two candidates.

Following the debate, the nonpartisan Commission on Presidential Debates said it plans to make possible adjustments to the structure and format for the next two debates between Trump and Biden. The next one is scheduled for Oct. 15, but Trump has recently tested positive for the novel coronavirus, potentially initiating a change of plans as Covid-19 patients must remain in quarantine for an extended period of time.

Prior to the first presidential debate, Biden held a wide national lead over the president, and according to the RealClearPolitics polling average of general election polls, Biden currently holds a 7.2 percent lead. During the month of September, his lead has hovered around five to seven percent.

Forty-five percent of likely voters from the poll said that the president did not meet performance expectations, while 11 percent said the same about the Democratic nominee.

A whopping 77 percent criticized the entire night, as they said it did not make them feel proud to be American.

It’s generally rare for debates to swing voters, as only two percent of participants said it changed how they plan to vote, with 98 percent saying it did not.