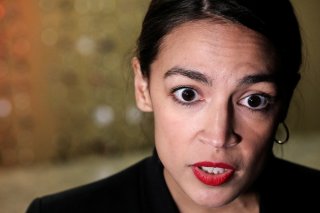 Kasich -- who’s slated to speak Monday night at the Democratic National Convention -- is a long-standing Republican and a big voice in the “Never Trump” movement. First-term congresswoman Ocasio-Cortez is also expected to speak -- but only for one minute -- at the virtual convention.

Just hours before speeches are set to begin, Kasich told Buzzfeed News “people on the extreme,” referring to Ocasio-Cortez, “get outsized publicity.”

“People on the extreme, whether they're on the left or on the right, they get outsized publicity that tends to define their party,” Kasich said.

“You know, I listen to people all the time make these statements, and because AOC gets outsized publicity doesn't mean she represents the Democratic Party. She's just a part, just some member of it. And it's on both sides, whether it's the Republicans or whether it's the Democrats,” he added.

Ocasio-Cortez responded to Kasich’s remarks via Twitter, “It’s great that Kasich has woken up & realized the importance of supporting a Biden-Harris ticket. I hope he gets through to GOP voters. Yet also, something tells me a Republican who fights against women’s rights doesn’t get to say who is or isn’t representative of the Dem party.”

Kasich also told Buzzfeed that Democrats asked him to speak at the convention, a decision that “outweighed” his political stances.

Kasich isn’t the only Republican speaking on the first night of the convention, as former New Jersey Gov. Christine Whitman, former Rep. Susan Molinari (R-N.Y.) and former CEO of Hewlett Packard Meg Whitman -- who ran for governor in California in 2010 -- will also speak.

Progressive Democrats have rang the alarm for granting Kasich an opportunity to speak in support of presumptive Democratic nominee Joe Biden, with one argument bringing attention towards the former governor’s ban on most abortions as early as three months into pregnancy.