New Poll Has Joe Biden Ahead in Florida by Four Points 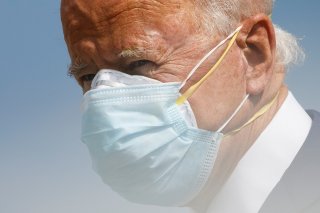 Biden rallied 51 percent of support from respondents, while Trump received 47 percent, according to a poll conducted by Florida Atlantic University's Business and Economics Polling Initiative (FAU-BEPI) that was released Tuesday.

Two percent of poll participants said they are voting for someone else, and eight percent overall noted that they could change their minds before Nov. 3.

Compared to the same poll conducted in September, Biden has gained a one-point edge, while Trump dropped by three percent, putting the two candidates at a tie 50-50.

The most recent polling results indicated a massive gender gap, revealing that the former vice-president has more female support at 56 percent to Trump’s 40 percent, while more males back Trump 54 percent to Biden’s 44 percent.

The poll showed that the Sunshine State’s likely general election voters said the economy was the most important issue at 38 percent, followed by the coronavirus and health care at 18 percent and 17 percent, with racism and equality placing in fourth at 11 percent, matching the ranking of voter issues from the same poll one month prior.

On the issue of the president’s tax returns, a vast majority, or 58 percent, of the poll’s participants think Trump should release them, while only 29 percent think he should not. Thirteen percent remain undecided.

Half of the respondents said Trump’s handling of the coronavirus is poor or terrible -- an issue that has ruined his re-election bid as more than 210,000 Americans died from the deadly disease -- while 44 percent said it was good or excellent.

The poll also reported that Trump holds an approval rating of 44 percent, with his disapproval at 51 percent. These figures indicate a clear disfavor for the president, as last month’s poll showed his approval at 47 percent and disapproval at 49 percent.

The FAU-BEPI survey of 644 likely general election voters was conducted Oct. 9-10, with a margin of error of plus or minus 3.8 percent.