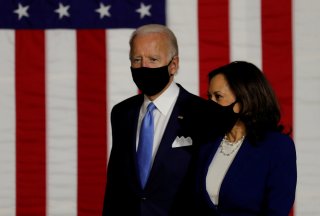 Fifty percent of participants said they plan to vote for Biden, while 43 percent said they plan to vote for Trump, according to a USA Today-Suffolk poll. Seven percent of registered voters said they are undecided or refused to answer the question. The race has narrowed five points since the June results were released, as the campaigns take their final sprints and after the coronavirus revised political conventions ended.

The results from the August poll are similar to that of a USA Today-Suffolk poll conducted in August 2016 when former Secretary of State Hillary Clinton led Trump by seven points. The 2016 poll did include third-party candidates, and Biden leads Trump by a narrowing five points in a poll that also includes third-party options, USA Today said.

The August poll comes after the race for the White House bid tightens, as other polls indicate the two are neck-and-neck in terms of supporters.

Biden leads Trump by 6.3 percentage points as of September 2, according to RealClearPolitics average polling data, a margin that’s slightly declined since the same time last month.

The race for the presidency has also tightened in crucial, battleground states, as polls suggest registered voters are ticking in favor of the president. In some of the top battleground states, Biden is only leading by 2.5 percentage points on September 1, a margin that’s dropped nearly double compared to the beginning of August, according to RealClearPolitics average polling data. Trump is polling slightly higher against Biden in battleground states than against Clinton in 2016 average polls, indicating a more competitive and polarized race.

Some Republican strategists suggest that the tightening race is due to the clear partisan divide that exists in the country. The political conventions that just ended only confirmed or made voters more likely to vote for their party’s candidate. Two-thirds of Democrats and two-thirds of Republicans said the conventions made them more likely to support their party’s presidential nominee, according to the USA Today-Suffolk poll.

The poll surveyed one thousand registered voters between August 28–31 by landline and cell phone, with a margin of error of plus or minus 3.1 percentage points.