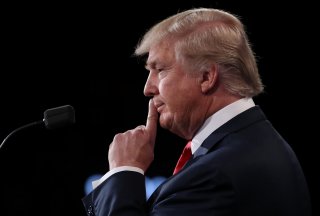 After considering the election results from 2016, Americans have been skeptical of trusting polling data. Headlines cluttered the media indicating Hillary Clinton’s massive lead over Trump in the polls, only to lose badly in the Electoral College. Since polls have grown to be a bit dubious, voters have turned to the impact of presidential debates.

But, that points to the speculation that political scientists and researchers have been attempting to understand -- do debates actually matter?

The proof of their importance is quite unclear, but most suggest that debates can have little impact, but not much. Prior to a debate season, voters typically have a decision of who they are going to vote for. Debate watchers have established party associations, with little ability to be persuaded by a series of performances. Instead, debates show supporters how the candidate can operate under camera pressure and dodge and shoot verbal jabs at the other.

There’s minimal historical evidence that reveals a debate performance can swing a whole election, but in a tight race, the small percentage shift toward one candidate could be dramatic.

“That presidential debates can be 'game changers' is a belief almost universally held by political pundits and strategists. Political scientists, however, aren’t so sure. Indeed, scholars who have looked most carefully at the data have found that, when it comes to shifting enough votes to decide the outcome of the election, presidential debates have rarely, if ever, mattered,” John Sides, a political scientist, wrote in Washington Monthly.

Sides added that “at best, debates provide a “‘nudge’” in very close elections,” like what happened in 1960, 1980 and 2000. Faced with a lot of uncertainty in 2020 because of the coronavirus pandemic and economic crisis, the results for the general election remain up-in-the-air. Even though Trump is having trouble in the polls, he still has a strong chance of becoming a second-term president. A “‘nudge’” due to a remarkable debate performance might get him just that.

In 1976, Republican Gerald Ford made an “erroneous assertion,” according to Sides, saying “There is no Soviet domination of eastern Europe” was perhaps one of the worst debate moments in history. However, when viewers were asked on the night of the debate about “main things” each candidate said, none referred to that moment. It wasn’t until the next day that watchers pointed to the statement, after being influenced by headlines in the media. Ford was later defeated by Democrat Jimmy Carter. But, despite the potential impact the statement could have had on his support, Carter was also experiencing a decline after the same debate.

Democrat Michael Dukakis’s line under the national spotlight drew in backlash and questioned his emotional well-being after saying he wouldn’t “favor” the death penalty if his wife were raped and murdered. The 1988 debate was a remarkable one, but Gallup reported that his statement had little impact on “voter preferences.” Researchers suggest that Dukakis’s response could have boosted George H.W. Bush by one point, if that, but the performance didn’t immediately grant Bush the victory.

In 2000 -- one election year that was probably impacted the most by a presidential debate -- Al Gore continued to sigh, forcing his performance to be “one of the ‘biggest blunders’ in the history of presidential debates,” according to Sides. After the series of debates, Gore’s polls were about two points lower than before.

But of course, the 2020 general election debates are quite different, considering Trump is one of the candidates on the stage. Most of these politicians were well-represented ideologically and didn’t have a polarizing party. Trump whose campaign strategies and aggressive debate tactics are unique to the mainstream methods that were practiced decades ago.

Another factor presiding over the upcoming election is how influential the media can be over voters. Debates last 90 minutes, and the aftermath news coverage of it could last for multiple days.

Political scientists and research analysts have found that news coverage often mends the overall outlook of each candidate, focusing and illuminating negative or key moments from a specific debate. If a candidates’ applause line is too progressive or too conservative, or if a candidate couldn’t think-on-his-feet for a clever response, it’s likely that’ll get bolstered in headlines.

In the series of debates that are expected to start in September, Trump might “‘nudge’” his overall support by a few points, if he shows a big moment that’s convincing and powerful. If the Biden-Trump race tightens in upcoming weeks, the hypothetical boost could be catastrophic for Biden’s campaign and put Trump just over-the-edge to grapple the win.