‘House of the Dragon’ Second Season Gets the Green Light 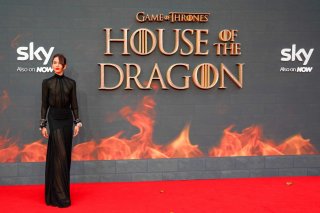 When House of the Dragon arrived last week on HBO, the question was whether fans who were disappointed by the ending of Game of Thrones would tune in to the show’s prequel series. The answer was a resounding “yes.”

HBO announced the day after the premiere that the series was watched by 9.986 million viewers, which it described as “the largest audience for any new original series in the history of HBO.”

“It was wonderful to see millions of ‘Game of Thrones’ fans return with us to Westeros last night. ‘House of the Dragon’ features an incredibly talented cast and crew who poured their heart and soul into the production, and we’re ecstatic with viewers’ positive response,” Casey Bloys, Chief Content Officer, HBO & HBO Max, said in the release. “We look forward to sharing with audiences what else George, Ryan, and Miguel have in store for them this season.”

Then, on Friday, HBO announced that House of the Dragon had been officially renewed for a second season. The company announced that the series had been watched by 20 million viewers, across all platforms, in its first five days. The strong performance is an indication that as bitter a taste might have been left in fans’ mouths by the way the first show ended, fans are still eager to continue spending time in Westeros.

“We are beyond proud of what the entire House of the Dragon team has accomplished with season one,” Francesca Orsi, executive vice president, said in the announcement of the show’s renewal. “Our phenomenal cast and crew undertook a massive challenge and exceeded all expectations, delivering a show that has already established itself as must-see-TV. A huge thank you to George, Ryan, and Miguel for leading us on this journey. We couldn’t be more excited to continue bringing to life the epic saga of House Targaryen with season two.”

House of the Dragon is set hundreds of years before the start of the events of Game of Thrones, and is based on Fire and Blood, a novel by A Song of Ice and Fire creator George R.R. Martin. The show concerns a battle for succession among House Targaryen.

The ten-episode first season will continue, with one episode a week, through October 23.

The quick renewal recalled the second season renewal of Game of Thrones, which also came after the first episode of the show arrived, in 2011.