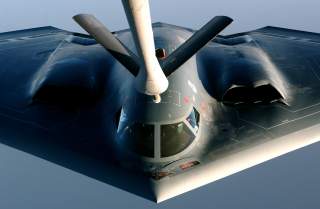 You’ve seen this movie before. Mission: Impossible Fallout is the sixth film in the franchise starring Tom Cruise as American superspy Ethan Hunt.

Like all M:I movies, it begins with Hunt playing a tape that offers him a mission and conveniently explains the plot. Anarchists are trying to buy plutonium off the black market and Hunt and his team need to stop it. If they don’t, a radical scientist will help the anarchists build nuclear bombs.

While trying to recover the plutonium, the bad guys capture a member of Hunt’s team. He decides to rescue his friend instead of the nuclear payload. The plutonium disappears and the team spends the next two hours trying to recover it while Hunt beats up bad guys and questions the choices that led him to pick one life over millions.

It’s fine. Stuff explodes, the Impossible Mission Force uses fancy masks and voice-distortion to trick people, and the nuclear MacGuffin moves through exotic locations that Cruise gets to run through. Fine, but disappointing. During the first act, Mission: Impossible Fallout tricked me into thinking it was going to tell a powerful story about nuclear war and its consequences.

Most action flicks with nukes use them to ratchet up the stakes. The heroes have to disarm a nuke before the bad guy detonates it. The movies treat nukes as if they’re just giant bombs. The truth is much more complicated and horrifying. Early in Mission: Impossible Fallout I thought we might a chance to explore that terrible reality.

After Hunt loses the plutonium, he kidnaps one of the anarchists and tricks him into thinking his friends had already set off the nukes and plunged the world into chaos. The anarchist wakes up in a hospital bed with a gash on his head with Wolf Blitzer on CNN talking about the nuclear destruction of Mecca, Jerusalem and the Vatican.

It’s a fake-out. Hunt and his team just want the guy to talk. I was sad when I learned the attacks were just a trick. Not because I want to see these places burn, but because I wanted movie where action heroes have to deal with the real-world consequences of nuclear war.

An action movie starring Cruise that opens with the hero failing so hard that it leads to nuclear disaster is a fascinating set up. We all live with threat of nuclear Armageddon. North Korea is a nuclear power and America and Russia have enough warheads to destroy the world many times over. Between all the accidents and near misses, it’s a miracle we haven’t suffered a nuclear detonation since World War II. We need stories that help us understand the consequences of these weapons.

What if the anarchists had planted evidence that caused Israel to think Pakistan had launched the nuke that destroyed Jerusalem? I’d pay good money to watch Hunt and the IMF deal with the hard choices that come after such an attack. They’d have to travel through irradiated wastes, rendering humanitarian aid and uncovering the anarchist plot before Israel kicked off World War III.

That would be a political thriller with high stakes — and different than anything we’ve seen before.

Even The Avengers has the guts to destroy an entire East European country and force the heroes to face the consequences. But the Mission: Impossible franchise isn’t interested in taking the chances Marvel does. Instead, we get a safe action flick with Henry Cavill and Angela Bassett as evil CIA operatives and enough twists, turns and explosions to keep Joe Public satisfied.

It’s fine, but no one will remember it in a year.