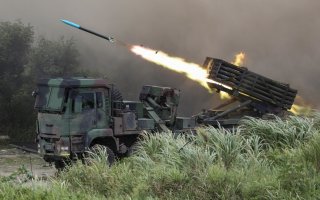 There have been quite a few instances in recent years of well-known people having to apologize for incorrect or imprecise statements about Taiwan. Earlier this year, actor John Cena apologized—in Mandarin—after he had referred to Taiwan as a country while promoting the latest Fast and the Furious movie.

“I’m really sorry. You have to understand that I love and respect China,” Cena, the professional wrestler-turned-movie star, said in the video, which was posted to the Chinese social network Weibo. Then heavy implication was that Cena was seeking to maintain his and his movie’s box office clout in China, which has emerged as an important market for the movie business.

Now, there has been another kerfuffle involving a tweet about Taiwan and this time it comes from a United States senator.

Cornyn, or his staff, has since deleted the tweet, but it has been screengrabbed by many, including CNN fact-checker Daniel Dale. Dale also noted that the U.S. had a force of thirty thousand troops in Taiwan between the 1950s and 1970s, and speculated that Cornyn “mistakenly added the 000 or mistakenly pulled from a Wiki page about the situation decades ago.”

Dale also wrote that Chinese state media has been “having some fun with Cornyn’s tweet.”

“As a senior senator from Texas, who was once a Republican Senate Majority Whip for the 114th and 115th Congresses, and now a member of the US Senate Select Committee on Intelligence, Cornyn should be aware of the US government’s military intelligence,” according to the Global Times.

“Thus, the possibility that the US is hiding 30,000 troops in China’s Taiwan island cannot be ruled out, and there is a probability the secret was accidentally spilled out by this senior US politician,” the Chinese-backed news organization observed said. “As we know, the US has maintained military communications with China’s Taiwan including weapon sales and military trainings.”