$32 Million: That's How Much The Mueller Probe Cost 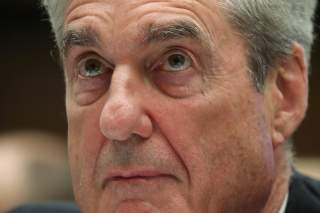 That figure includes the special counsel’s office’s direct expenses, as well as what the Justice Department spent to support the investigation, which began on May 17, 2017 and formally ended on May 29 of this year.

The investigation cost $6.5 million from October 2018 through May, accounting records show. Former special counsel Robert Mueller’s office directly spent more than $4.1 million of that. Most of the Mueller office expenditures, nearly $2.5 million, went to compensation and benefits for special counsel prosecutors and staff.

The investigation was a success or failure, largely depending on who you ask.

A Virginia jury convicted Manafort of financial crimes unrelated to Mueller’s initial mandate, which was to investigate whether the Trump campaign worked with Russia to influence the 2016 election. Flynn and Papadopoulos pleaded guilty to charges that they lied to the FBI during interviews related to the Russia probe.

Federal prosecutors indicted the Russians on charges related to the hacking of Democrats’ emails and for operating a social disinformation scheme that targeted the 2016 election.

Republicans have called the investigation a waste of time and resources. President Donald Trump has called it a “witch hunt.”

Prosecutors were unable to establish that the Trump campaign conspired with the Russian government to influence the election, Mueller said in a 448-page report released on April 18. Trump and his associates have long denied that they colluded with Russia.

Mueller investigated 10 separate incidents of Trump allegedly attempting to obstruct the Russia probe, but the special counsel’s office declined to indict the president. Mueller said he also did not clear Trump of wrongdoing on the issue of obstruction. Democrats have used Mueller’s ambiguity to ramp up calls for impeachment.