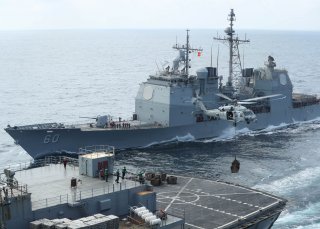 Here’s how to think about the Pentagon’s surface navy problems.

The officer corps is like a bad union organization: They will never vote against their own self-interest, seniority matters greatly, they spend most of their time dealing with the bottom 10 percent and saving the politically connected. In the end, they do not care as much about the good of the company or government office more than they do their own jobs. They will not look long term at the harm it brings and will go along to get along. A rare guy might come out who is a true organizational leader that truly cares about the good of the military, but you only see those guys when there is a true existential threat.

- Increase training on basic seamanship for all personnel. The small boat fiasco that happened with Iran is evidence that it is needed.

- Give more time in positions for junior officers to season themselves instead of the usual 24 months (and usually only 18 months) cycle of positions.

- Get people on a regular sleep schedule that allows for a circadian rhythm to be established. 8 on, 8 off or 12 on, 12 off, etc.

- Do a manning study and fix the issues that most of of the Navy knows is going on.