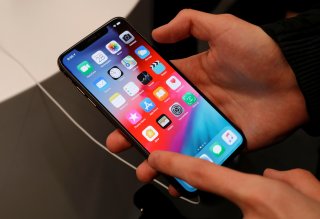 With the novel coronavirus causing havoc on the production of the iPhone 12, many have been wondering if we would even see this new device this year. According to Bloomberg, however, it appears that many factories in China are slated to get back to work in manufacturing the iPhone 12 and at least one of the models looks like it will support 5G.

Keep in mind that operations in China are still in flux and probably won’t be at full speed for the time being, as the country still hasn’t completely eradicated COVID-19. Mass production of these highly anticipated phones may begin in May, and if the factories can put off any more annoying delays, a fall launch indeed seems to be entirely feasible.

Supporting this cautious confidence is Apple’s recent launch of the iPad Pro and MacBook Air, but the production of these devices probably started in early January, well before China’s coronavirus-related lockdown. Moreover, during China’s factory shutdowns in February, Apple still went ahead and built a limited number of test versions of the new iPhone models.

Apple fans have been clamoring for a 5G device for much of the past year. Most other reputable phone makers have already manufactured and released 5G devices, but Apple still hasn’t jumped in. There probably is a strategy to this but it seems iPhone users are indeed getting restless.

Many major U.S. cities already have 5G networks, but the areas that receive such signals (gigabit level speeds) are still limited. As touched on by an earlier piece, consumers will have to understand that you need both 5G service and a 5G-supported phone to enjoy this game-changing experience. One or the other just won’t cut it.

Along with Apple’s inimitable design, iPhone fans are desperately waiting to get all of those amazing 5G perks, such as greater speeds in transmissions, lower latency and greater capacity for remote executions.

The improved speed in transmissions will enable quicker access to files, programs and remote applications, and likely the Cloud will be utilized much more instead of installing certain storage-intensive programs and apps.

Lower latency is also something iPhone users are seeking. Data indicates that 5G will possess 10 times less latency than 4G, which will enable the flawless performance of remote actions, all in real-time.

So, sit tight iPhone fans, your chance to fully experience 5G is only months away.