5G iPhone Launch May be Delayed Thanks to Coronavirus 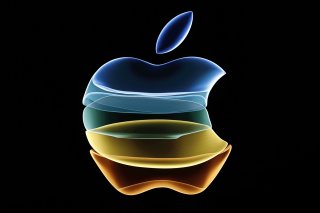 Autumn is usually Apple’s season to release its new lineup of iPhones. But with the coronavirus pandemic continuing to wreak havoc around the world, Apple may be forced to change its plans.

According to a Nikkei report, the pending delay has been confirmed by anonymous sources with “direct knowledge” of Apple’s internal discussions.

The report went on to detail that the company is still confronted with supply chain issues and the general public may not be as proactive in upgrading their phones amid this current health crisis.

Many of China’s factories are slowly being opened after weeks of aggressive lockdowns all across the country to contain the virus. They, however, likely won’t be running at full strength for some time.

In what could further rattle investors, the iPhone is Apple’s most successful product line, accounting for about half of the tech company’s revenues. The next launch is supposed to be a milestone for the company as well because at least one of the iPhone 12 models is expected to support 5G.

Apple fans have been clamoring for a 5G device for much of the past year. Most other reputable phone makers have already manufactured and released 5G devices, but Apple has yet to jump in.

However, Loup Ventures’ Gene Munster rebutted such claims in a blog post that the iPhone launch will be postponed.

He points out that key suppliers of the iPhone are currently ramping up production for what is expected to be a successful launch in the fall. The analyst added that the supply chain is ready to deliver “several million” iPhones by September’s end, numbers that do fall in line with past fall launch cycles.

As for the anticipated soft demand for the new iPhone, Munster said that won’t adversely affect the upcoming launch.

“In the midst of 5G iPhone delay rumors, it's important to keep in mind that Apple plans its business in terms of decades, not years -- an under-appreciated long-term competitive advantage,” Munster wrote. “At the core of this advantage is the company's balance sheet, which allows it to survive the unexpected; everything from COVID-19, to a financial crisis, or weak initial demand for a new iPhone.”

The novel coronavirus has already forced major events like the Summer Olympics, MLB’s Opening Day and SXSW to be canceled or delayed. It will indeed be interesting to see if Apple can topple that trend.

Image: The Apple logo is displayed at an event at their headquarters in Cupertino, California, U.S. September 10, 2019. REUTERS/Stephen Lam