9/11 Supporter Returned to Saudi Arabia After Years in Guantanamo 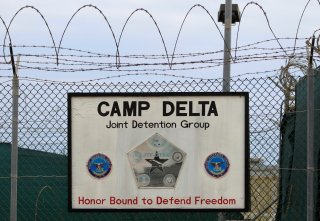 An individual accused of helping the 9/11 hijackers was repatriated to Saudi Arabia for mental health treatment after being detained for two decades at Guantanamo Bay. The Department of Defense announced on Monday that Mohammad Mani Ahmad al-Qahtani, the alleged "twentieth" hijacker, was flown back to Saudi Arabia after the Periodic Review Board (PRB) process determined that law of war detention was no longer necessary to protect against a continued significant threat to the national security of the United States.

The PRB recommended that al-Qahtani be repatriated to his native country of Saudi Arabia, subject to security and humane treatment assurances. Last month, Secretary of Defense Austin notified Congress of his intent to repatriate al-Qahtani to Saudi Arabia.

"The United States appreciates the willingness of Saudi Arabia and other partners to support ongoing U.S. efforts toward a deliberate and thorough process focused on responsibly reducing the detainee population and ultimately closing of the Guantanamo Bay facility," the Department of Defense said in a statement.

Pentagon officials said that al-Qahtani was trained by Al Qaeda and attempted to join the hijackers and take part in the terror attacks. However, in August 2001, al-Qahtani was turned away at the Orlando airport by immigration officers who were suspicious of his travel.

U.S. military forces subsequently captured Al-Qahtani in Afghanistan and sent him to Guantanamo in 2002. According to reports, while at the detention center, al-Qahtani was subjected to brutal interrogations that the Pentagon legal official in charge of war crimes commissions said amounted to torture.

That had reportedly included beatings, exposure to extreme temperatures and noise, sleep deprivation, and extended solitary confinement. As a result of the findings, the Bush administration dropped plans to put al-Qahtani on trial, the New York Post reported.

In 2002, an FBI official had witnessed al-Qahtani speaking to non-existent people, hearing voices and crouching in a corner of his cell while covering himself with a sheet for hours. The forty-six-year-old prisoner has suffered from mental illness, including schizophrenia, since childhood.

Despite the treatment that al-Qahtani may have received, as well as the fact that he may suffer from mental illness, some U.S. lawmakers have argued that he shouldn't be released given his role in the September 11 terrorist attacks against the United States.

"Al-Qahtani is a terrorist who made it his life goal to kill Americans. I believe he remains committed to jihad and the destruction of the United States," said U.S. Senator Marco Rubio (R-FL), vice chairman of the Senate Select Committee on Intelligence.

"Now, because of the Biden Administration's misguided policies, he has the opportunity to once again return to the battlefield," added Sen. Rubio, who also described al-Qahtani as a devout jihadist.

"The decision to transfer al-Qahtani is not simply a lapse in judgment, it is a massive error which poses a serious risk to our national security and the security of our allies," Rubio suggested.